Henry Nicholls was dismissed in the most unusual manner on Day 1 of the third England-New Zealand Test in Headingley, with the non-striker middling his well-timed stroke straight through to mid-off.
By CX Staff Writer Fri, 24 Jun 2022 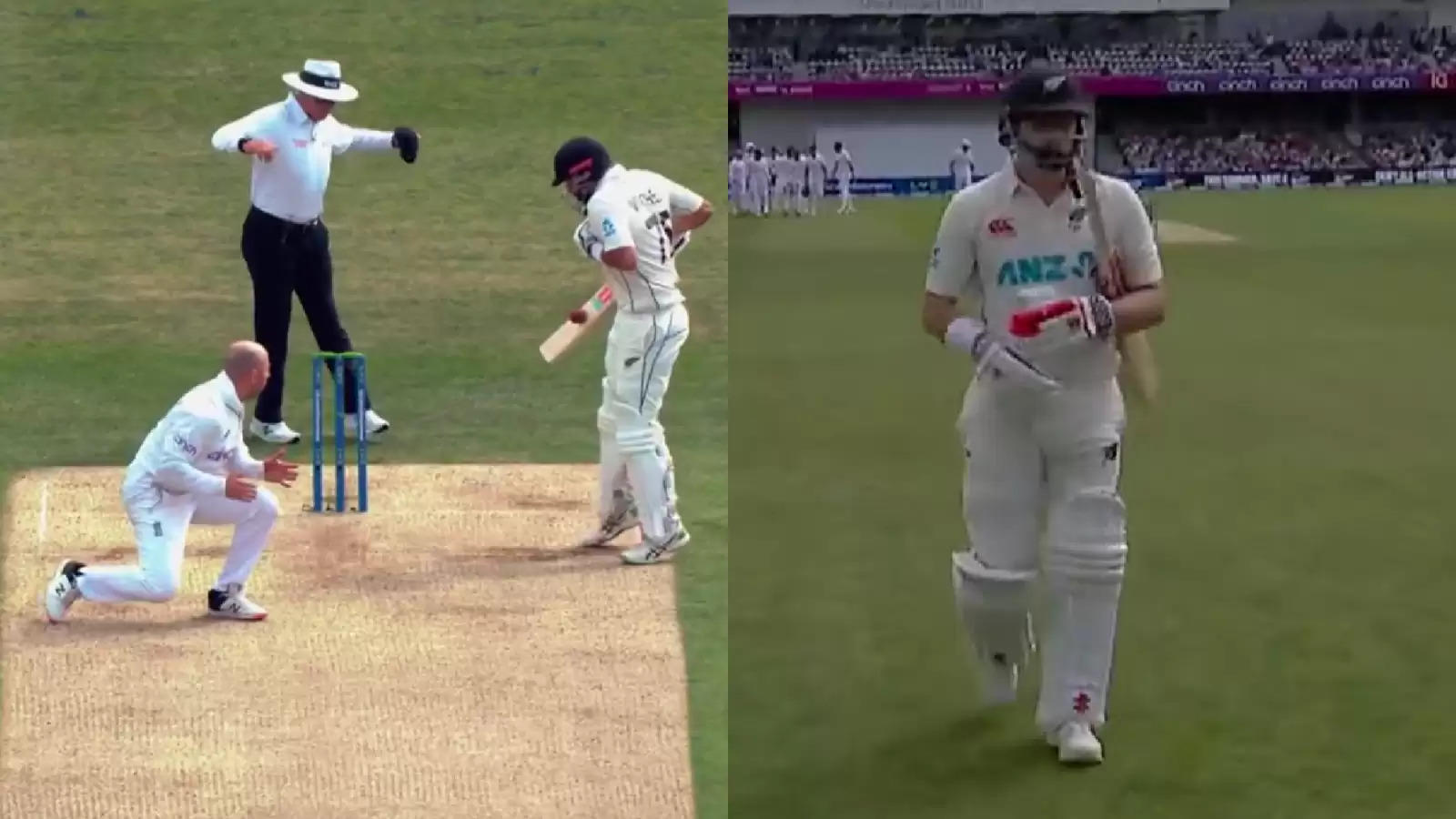 Henry Nicholls was victim to one of the most cruel modes of dismissal, right at the stroke of tea on opening day of the third England-New Zealand Test at Headingley on Thursday.

Nicholls stepped down the track to a full, angling in ball from left-arm spinner Jack Leach, and middled a straight hit. However, much to his dismay, the ball took non-striker Daryl Micthell’s middle of the bat, as he looked to sway away, and lobbed over to evade umpire Richard Kettleborough to head straight into Alex Lees hands at mid off.

The left-hander had occupied the crease for 32.2 overs, and had found the run-scoring difficult in a scratchy 99-ball stay for 19.

Nicholls couldn’t believe his luck, as he headed back to the pavilion in disappointment.

As per the MCC Law of Cricket 33.2.2.3, “a batter will be ruled out  if a fielder catches the ball after it has touched the wicket, an umpire, another fielder, a runner or the other batter.”

Nicholls added 40 runs for the fifth wicket with in-form Mitchell, after Devon Conway was cleaned up by Jamie Overton, becoming the latter’s maiden Test wicket.

Earlier, New Zealand were rocked early by Stuart Broad’s brilliance, who dismissed Tom Latham for a duck in just the first over after the visitors opted to bat. Leach dismissed Will Young on the first ball of his spell, before Broad delivered a brilliant over to set up Kane Williamson’s caught-behind dismissal, leaving the Blackcaps in a spot of bother at 62/3.

New Zealand stood at 123/5 at the tea break, with Trent Bridge centurions Mitchell (25*) and Tom Blundell at the crease.

England currently lead the three-match series 2-0, having won each of the first two Tests by five-wickets.