N Jagadeesan was seen showing middle-finger to his state teammate Baba Aparajith, after being run-out for backing up at the non-striker's end in the TNPL 2022 opener.
By CX Staff Writer Thu, 23 Jun 2022 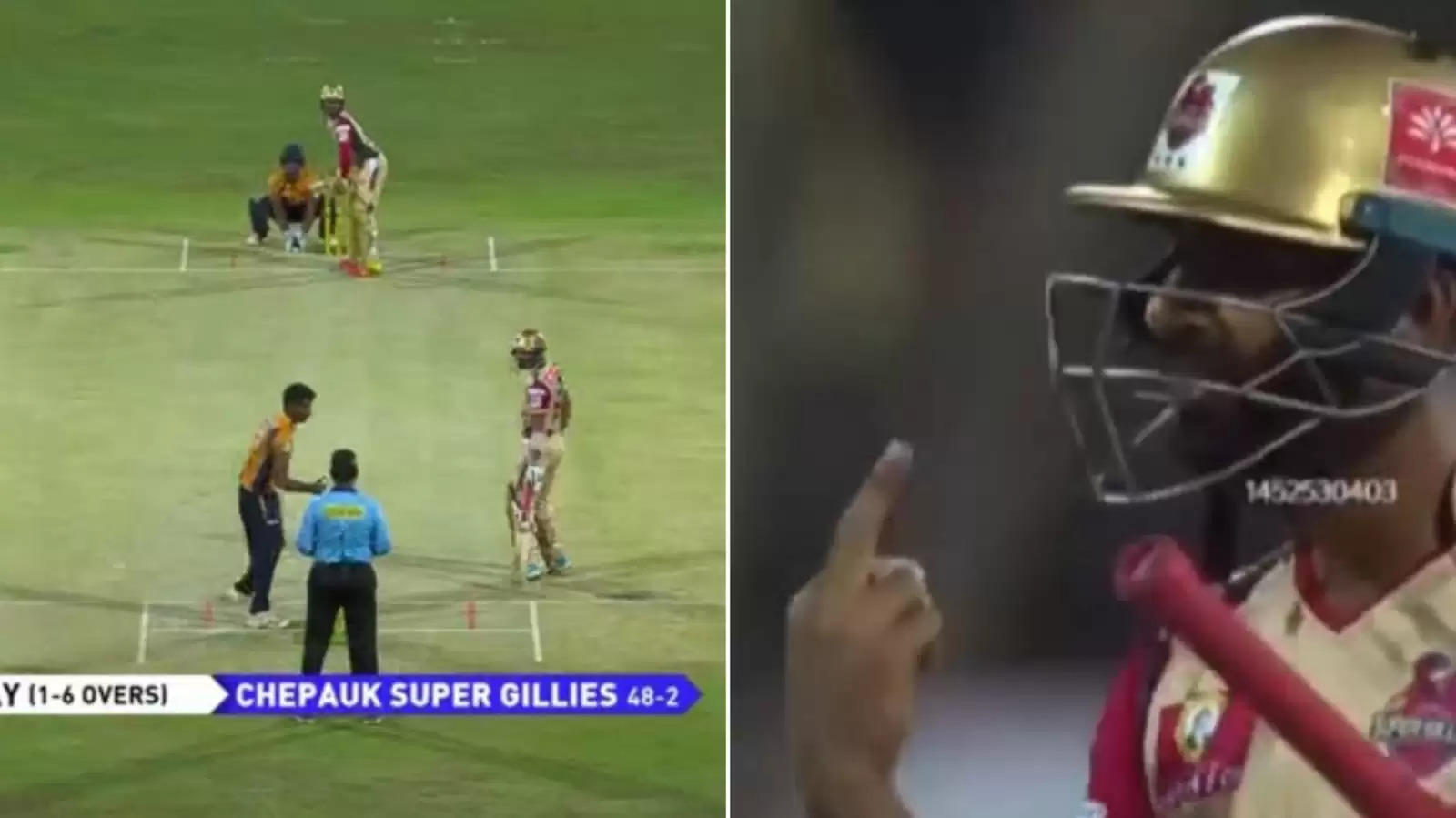 Tempers flared and there was a bit of controversy after N Jagadeesan’s dismissal and his subsequent reactions during the opening game of the Tamil Nadu Premier League 2022 between Chepauk Super Gillies and Nellai Royal Kings in Tirunelveli on Thursday.

Jagadeesan, who opened the CSG innings with skipper Kaushik Gandhi in the team’s run-chase of 185, was run out by Baba Aparajith, as the latter dislodged the stumps at the non-striker’s end after the batter backed up before the delivery would be bowled.

The batter didn’t wait for the replays and was fuming as he headed towards the pavilion. Jagadeesan, who represents the Chennai Super Kings at the IPL, turned around twice to show his middle-finger at the fielding side, once with his gloves on, and later with them removed. He’s struck 25 off 15 with four boundaries in an opening stand of 35 in 3.4 overs.

The mode of dismissal has been a debatable one for ages, and has still been informally addressed as “Mankad” or “Mankading”, after former India cricketer Vinoo Mankad had famously dismissed Australia’s Bill Brown for backing up in a Test in Sydney in 1947-48.

Interestingly, the great Don Bradman, who was Australia’s captain then, had backed the mode of dismissal, and reiterated later in his autobiography 'Farewell to Cricket'.

The mode of dismissal had sparked major controversy at the IPL 2019, when Ravichandran Ashwin had run out Jos Buttler in a Rajasthan Royals vs Punjab Kings game in Jaipur.

The game would eventua;;y be pushed into a Super Over, with S Harish Kumar (26* off 12), striking a four off Athisayaraj Davidson on the last ball of the chase with five required. The platform had been laid by Gandhi's 43-ball 64 and Sonu Yadav's 34 off 23.