India Test skipper Rohit Sharma was up against his fast-bowling spearhead Jasprit Bumrah on the first morning of India’s warm-up game against Leicestershire.
By CX Staff Writer Thu, 23 Jun 2022 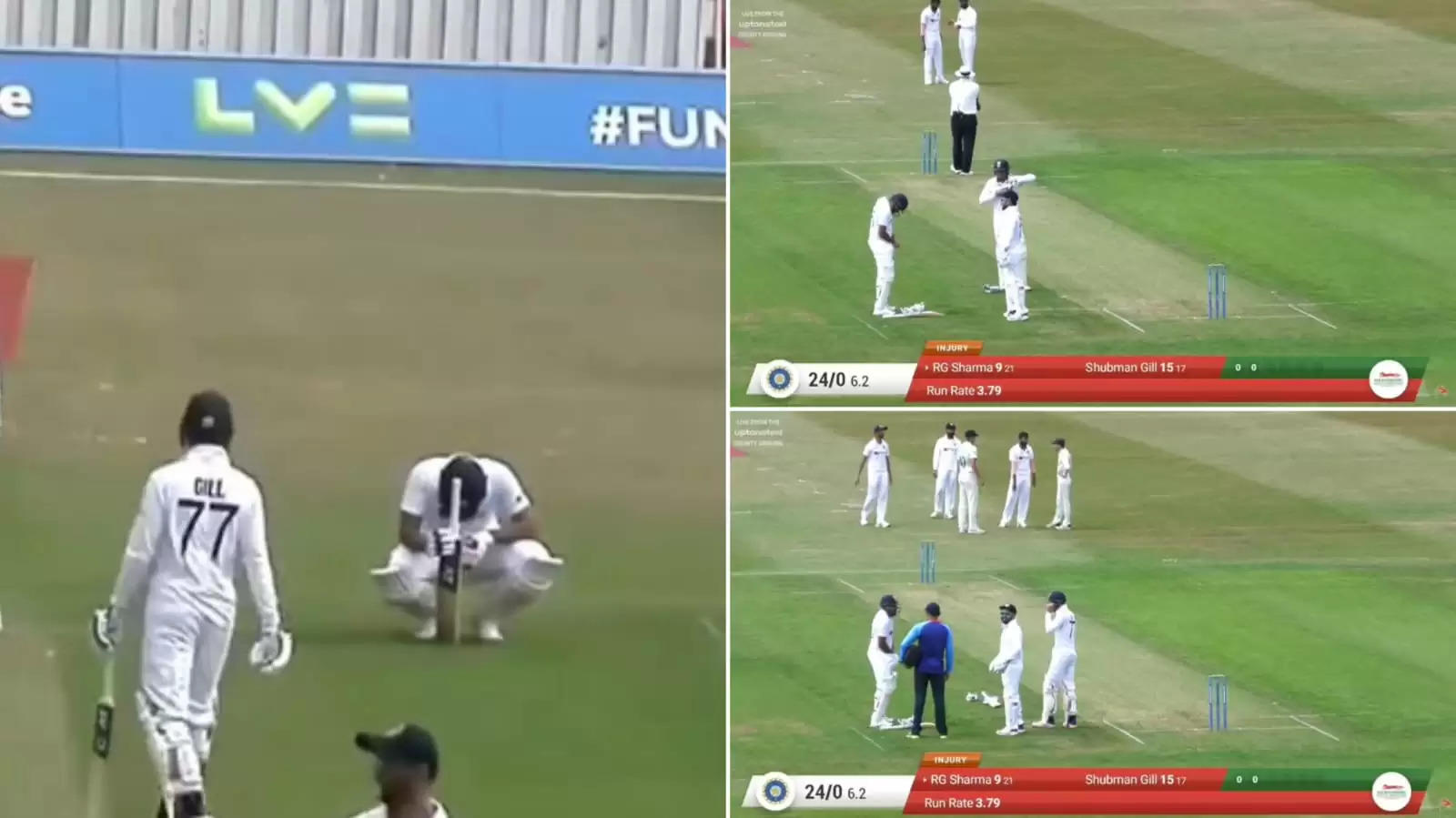 Bumrah, Cheteshwar Pujara, Rishabh Pant and Prasidh Krishna are a part of the Leicestershire camp for the warm-up game.

India’s preparation for the rescheduled fifth Test against England at Edgbaston next month is up and running, with them playing Leicestershire in a four-day warm-up game, which got underway on Thursday, June 23.

It was quite an exciting start to the contest after India captain Rohit Sharma opted to bat, with him and Shubman Gill being put into test by their premier quick Jasprit Bumrah. Rohit and Gill progressed steadily at four runs an over during the first six, before the former was seen in discomfort and pain after being hit by Bumrah on the box.

Bumrah went back-of-a-length on the second ball of the seventh over, and the ball angled and seamed in, striking Rohit right on the box as the batter was caught in the crease while attempting a flick. The right-hander was clearly beaten by the extra pace, and was down on ground before being attended by the team physio.

The openers and Rishabh Pant, who has taken the wicketkeeping duties for Leicestershire for the game, had a bit of a laugh over the incident as the sequence went through. After a break of minute-and-a-half, Rohit was ready to resume his innings.

Gill struck four boundaries during his 28-ball 21, before being caught behind off Will Davis in the 10th over. Rohit was joined by Hanuma Vihari, with the pair up against another of their fellow countrymen Prasidh Krishna, who came in as a first change.