Sarfaraz Khan played a stunning scoop shot to race into the nineties on Day 2 of the Ranji Trophy 2022 final on Thursday, shortly after which he reached another triple-digit score.
By CX Staff Writer Thu, 23 Jun 2022 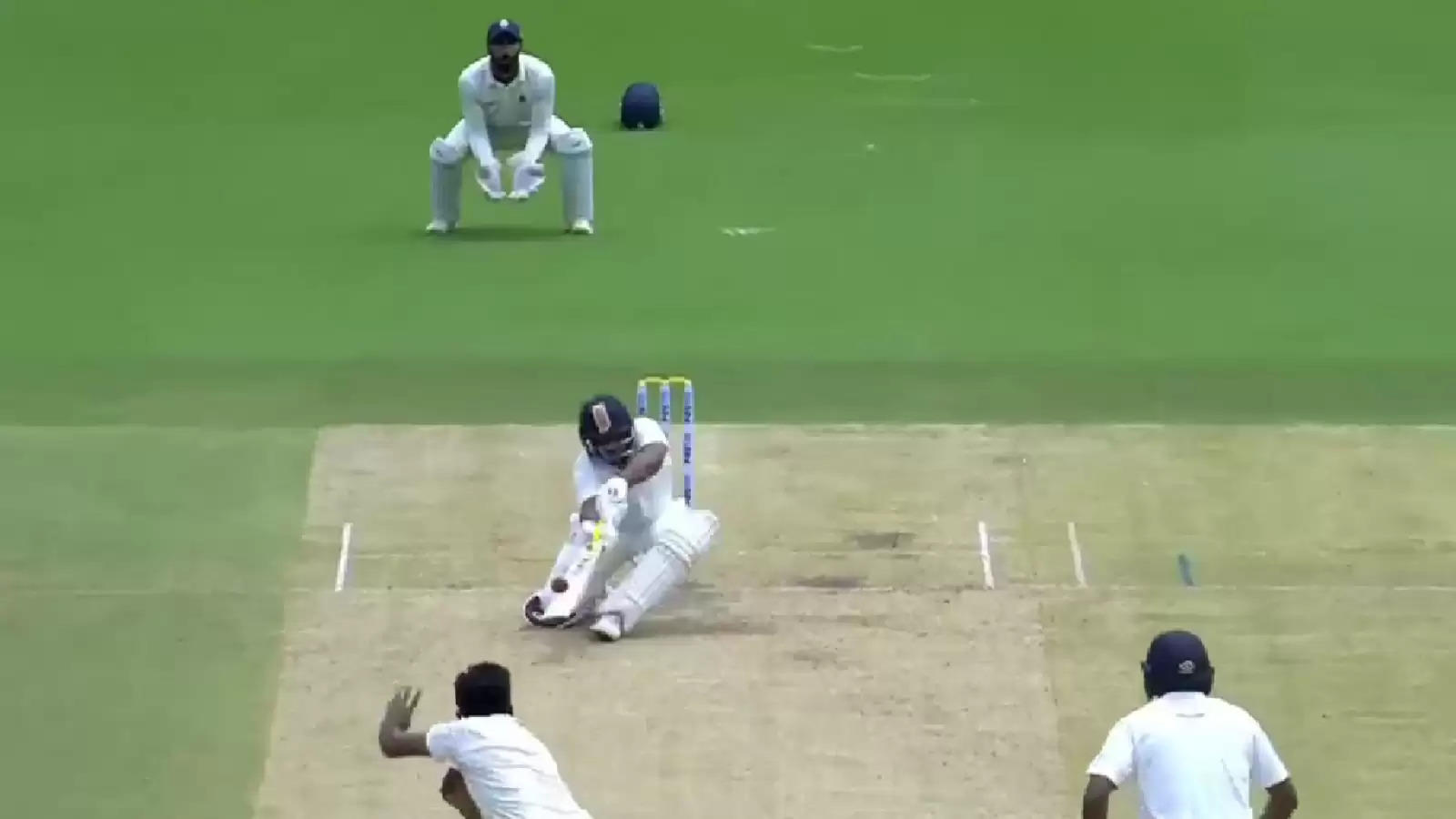 Sarfaraz Khan has carried his supreme red-ball from to the Ranji Trophy 2022 final, helping Mumbai to a solid 374-run first innings total against Madhya Pradesh at the M.Chinnaswamy Stadium in Bangalore on Day 2 of the game.

Sarfaraz had walked in to bat with the side at 147/3 on Day 1 after having opted to bat, which became 248/6 early on the second morning. The right-hander scored a sublime 134 - his seventh first-class hundred, and the fourth of the ongoing competition - before being the last batsman to be dismissed in the innings.

He struck 13 fours and two sixes during his stay, and the standout of those came against right-arm quick Anubhav Agarwal. The bowler went full outside off, with two slips in place, and Sarfaraz quickly went on his knees to scoop it over the keeper and the first slip. The ball raced towards the sight-screen behind the stumps for a four - to complete a T20-like sequence in a red-ball game.

It was reminiscent of what Sarafaraz had done against SRH bowlers Bhuvneshwar Kumar (2016) and Basil Thampi (2018) at the same venue in the IPL years ago, prompting appreciation from Virat Kohli and the rest.

MP were 82/1 at the time of writing, with opener Himanshi Mantri falling to Tushar Deshpande for 31. Opener Yash Dubey was joined by Shubham Sharma.