Stuart Broad showcased his brilliance with the red ball yet again on the first morning of the third England-New Zealand Test at Headingley, bagging the key scalps of Tom Latham and Kane Williamson.
By CX Staff Writer Thu, 23 Jun 2022 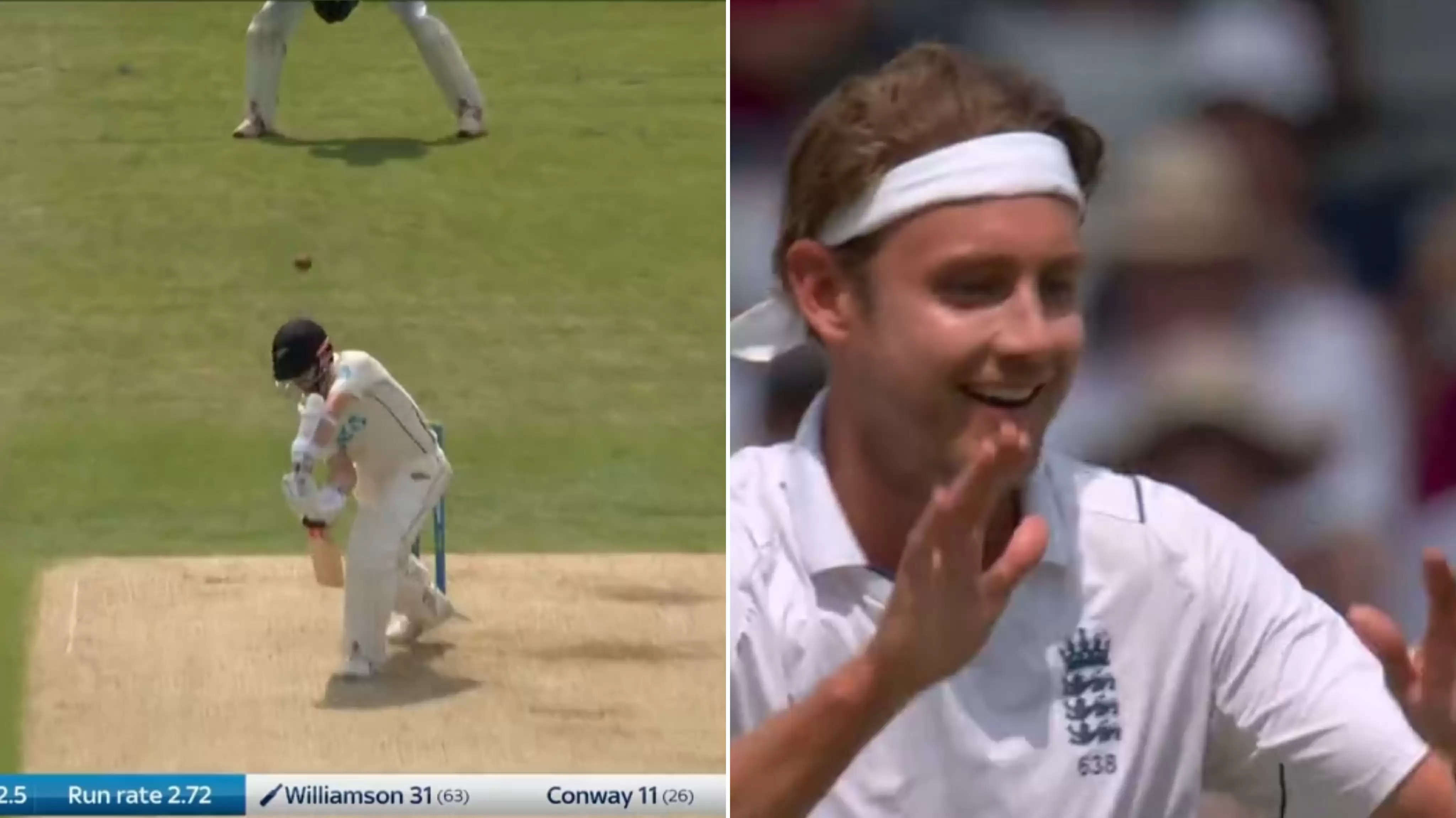 Broad is now just two away from 550 Test wickets.

England have already taken the three-match home Test series against New Zealand, having won each of the first two games by five-wickets each, and have now made a fine start to the third at Headingley.

Stuart Broad excelled with the new ball yet again, this time in the absence of James Anderson. He started off by having Tom Latham caught in the slips for a duck in the very first over, after the visitors opted to bat. He continued his brilliance to keep Will Young and Blackcaps skipper Kane Williamson under sustained pressure with accurate pitching, with Matty Potts and Jamie Overton too, playing their parts.

Ben Stokes introduced spin in just the 13th over, and Jack Leach responded on his very first ball, trapping Will Young leg-before for 20.

Less than an hour later, Broad came back for his second spell, and delivered a brilliant first-over to get the priced scalp of Williamson. The first two balls were fired on length, angling in and away respectively, with the right-hander shouldering his arms. The third one was full on the fourth-fifth stump line, and Williamson characteristically dabbed it on the bounce to the second slip.

A harmless one well outside off followed, before Broad fired one seaming in, which Williamson defended awkwardly and was beaten on the inside edge to be hit on the pads. The killer blow was delivered on the final ball of the over - Broad angled one in on a good length outside off, and the ball seamed away slightly on pitching. Wiliamson got forward to defend, but couldn’t quite cover the line only to get an outside edge through to the keeper.

The Blackcaps skipper had struck five fours during his 64-ball 31, before becoming Broad’s 548th Test victim.

Watch the brilliant setup and the dismissal here:

New Zealand went into lunch at 65/3, with Henry Nicholls joined by Devon Conway. Broad is now just two away from becoming the sixth bowler to 550 wickets in Test cricket.