Watching how Shane Warne batted in the 2005 Ashes helped me today: Stuart Broad

England seamer Stuart Broad, who surprised everyone by playing a free-flowing, entertaining and and counter attacking knock of 62 off 45 balls to rescue England from a mini collapse and propel his side to a healthier total of 369, attributed his batting heroics to a change in technique and approach modelled around former legendary Australian leg […]
By CricXtasy Staff Sun, 26 Jul 2020 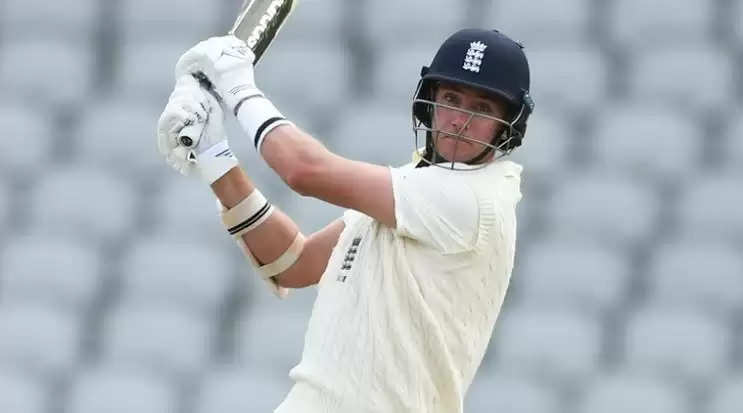 England seamer Stuart Broad, who surprised everyone by playing a free-flowing, entertaining and and counter attacking knock of 62 off 45 balls to rescue England from a mini collapse and propel his side to a healthier total of 369, attributed his batting heroics to a change in technique and approach modelled around former legendary Australian leg spinner Shane Warne.

Broad, who used to be a very handy lower order batsman up until 2014, scoring 10 fifties and a 100, averaging 23.95, lost all his confidence after getting hit flush on the face, through the grill of the helmet by a Varun Aaron bouncer in India’s tour of England in 2014.

Broad, who achieved the feat of being the joint third-fastest half centurion for England in Test Cricket, told Sky Sports, “It was nice. One of my last Test innings, at The Wanderers, I played in this style and really enjoyed it – with Mark Wood, we put on 100 or just less than that (Wood and Broad put on 82 for the final wicket). I tried to think back to how that went because I didn’t really have any match practice recently to rely on. I’ve done a couple of tactical and technical things with Peter Moores back at Notts, which has helped me set up a better game plan and I stuck to that today.”
“Mooresy came to me at the start of June and said ‘look at how Shane Warne played, particularly in the 2005 Ashes (249 runs at an average of 27.66) he scored some really useful runs.’ Quite unorthodox, opening up different parts of the field; I looked at that, did a bit of research as to how he went about it and decided it was a good way for me to go, opening up the off side. It felt pretty comfortable today; having a clear game plan of what to do. Batting is such a frustrating, weird thing. If you’d have told me this morning I’d get 10, I’d be pretty happy, and then you end up getting 60 and start kicking the ground that you’ve not got 70.”

Broad followed up his heroics with the bat with a splendid display of seam bowling. Bowling in tandem with his long time new ball bowling partner James Anderson, he ended up taking 2/17 off the 10 overs that he bowled.
About his slight change in approach by bowling a fuller length and getting rewarded, Broad said, “I enjoyed bowling out there today as a unit. We all bring slightly different things but it just proves, in Test cricket, if you apply pressure for long enough, you can get breakthroughs. Nasser [Hussain] did a really good piece last week on me going a little bit fuller and I remember Rooty sat me down in 2018 in Hamilton, I think, and said ‘we want to try a slightly different style with the new ball – we don’t mind going for a few more runs, if we can make a couple more breakthroughs’. Jimmy (Anderson) and my style has always been to apply pressure for long periods of time and then maybe go ‘bang, bang’ so, 15 overs deep, you might get 2-25. But, the last couple of years, we’ve taken a little bit more of a risk. [John] Campbell, in the last game, was the prime example of that; I got driven through the off side and five years ago I’d have kicked the turf, saying ‘too full’, but actually I was clapping, thinking that’s exactly the sort of shot I want to see to a brand new ball. I had another go and fortunately got the nick.”

Asked if England would enforce the follow on, given that the West Indies are still trailing by 33 runs to avoid it with 4 wickets remaining, Broad said, “I think so, absolutely. Depending on how many overs the seamers have bowled, but we’ve got a quartet there, with (Dom) Bess as well. That’s definitely something we’ll be hunting for, especially with some bad weather around, potentially on Monday. To be honest, the forecast for today was horrible and we’ve played a whole day, so we don’t want to read too much into the forecast. But if we got the opportunity to enforce the follow-on, it would be a serious consideration. We’re desperate to win this series and if we feel like that gives us the best chance to do that, then the bowlers will be fresh and ready to go.”