We are getting the same amount of money from the ICC from when we were an Associate: Lutfullah Stanikzai, ACB chief executive

The Afghanistan Cricket Board (ACB), have landed upon a decision to slash the salaries of the coaching staff by 25% in the month of May, due to the absence of Cricket matches taking place, which is resulting in the running out of funds from available sources. That number could jump to 50% in June if […]
By CricXtasy Staff Tue, 12 May 2020 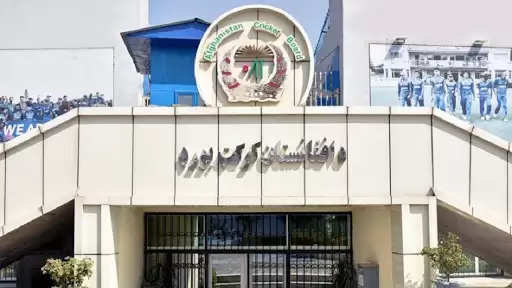 The Afghanistan Cricket Board (ACB), have landed upon a decision to slash the salaries of the coaching staff by 25% in the month of May, due to the absence of Cricket matches taking place, which is resulting in the running out of funds from available sources.

That number could jump to 50% in June if their tour to Zimbabwe in June is cancelled. Although the ACB has paid the dues for the first three months of 2020 to all the its contracted players, their salaries are likely to be reviewed in the near future if financial situation worsens.

ACB chief executive Lutfullah Stanikzai addressed the situation in an interview to ESPNCricinfo, saying, “This is part of our cost saving strategy as we have been also impacted by the Covid-19 crisis. We have decided to cut 25% (salary for the coaches) for May, 50% for June if we are not able to resume international cricket. We will try and keep them for as long as our financial situation allows.”

The lack of Cricket is starting to repel the ACB’s sponsors away from them. Stanikzai said the ACB, like most of the sporting organisations, have had to rework its revenues that have been thin for a long time. The ACB is fearing and preparing for the worst with doubts hovering over both the Asia Cup and the men’s T20 World Cup.
Stanikzai said, “We are just trying to save costs wherever we can. There has been loss of revenue for us, the government grant we receive is at risk because the government is spending that on dealing with the pandemic. We lost our clothing partner Tyka. We are not 100% sure Asia Cup will take place and the revenue we will receive from there. If there are problems with the T20 World Cup that will also impact us negatively going forward to next year and beyond.”

Stanikzai sadly contemplated the mounting challenges for Afghanistan, which remains war torn and financially weak, which enforces the ACB to look overseas for sponsors, mainly towards Indian sponsors. “We do not have any sponsors. We just have to find them on an ad-hoc basis series by series.”

The ICC wrote to all boards in the aftermath of the pandemic to check if they needed emergency financial support. The ACB decided against taking up the offer as they aren’t due to play much international cricket at the moment. As per the ICC’s FTP, other than the Asia Cup, the Afghans are scheduled to participate in the T20 World Cup followed by a solitary Test match against Australia in 2020. Stanikzai said getting the advance from distribution costs would not actually help the ACB. He said, “It will have no impact on our revenue. It is just the eight-year cycle money allocated to the ACB.”

Earlier this year the ACB had written to the ICC asking to increase its share of the distribution costs for the 2021-23 period. “Next year we have a lot of cricket. It is going to be a tough year for us. We have requested the ICC to increase our distribution costs, but we have not received a positive response yet. We were told we will get some of our distribution money in advance which will be decided in July (ICC annual conference),” said Stanikzai.

Stanikzai feels that despite their rise in International Cricket, Afghanistan’s income from the ICC hasn’t changed drastically from when they were an Associate Cricket team. This has coaxed them to seek a lot more from the ICC, keeping in mind the amount of cricket they will play in 2021. They are scheduled to host Ireland and Zimbabwe and then play limited overs Cricket matches with subcontinent rivals India, Pakistan and Sri Lanka.

“We are getting the same amount of money from the ICC from when we were an Associate. The Full Member tag has (only) increased the expectations form among our fans and all other stakeholders, but we are not receiving any additional money to help us fulfil those expectations,” said Stanikzai.

The pandemic is going to pose a bigger risk for the smaller countries like Afghanistan and Ireland, both of who rely on the ICC distribution money to run and administer their cricket. Recently Cricket Ireland cancelled the home series against Afghanistan due to financial difficulties.
About the same issue, Stanikzai said, “For smaller cricketing nations like us and Ireland it is not easy to manage everything with the amount of money that we receive from ICC. Obviously our cricket does not have the viewership that other (Full Member) boards have.
“We do not play India or England to help us generate the kind of revenue that we would want. We are mostly playing Ireland and Zimbabwe from where we cannot generate the kind of revenue that will help us to be financially stronger.”