We can find ways to create our own atmosphere: Ollie Pope on absence of crowds

Despite the absence of the crowd in the upcoming Test series against the West Indies, England middle order batsman Ollie Pope has said that the team will be aiming to come up with different methods to create their own atmosphere on the field. The Chelsea born middle order batsman said, “When we have big crowds in […]
By CricXtasy Staff Sat, 4 Jul 2020 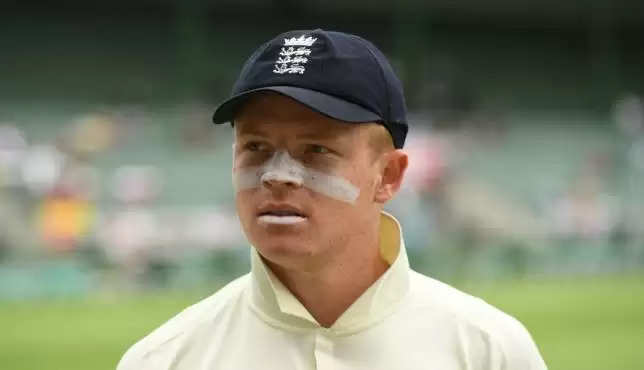 Despite the absence of the crowd in the upcoming Test series against the West Indies, England middle order batsman Ollie Pope has said that the team will be aiming to come up with different methods to create their own atmosphere on the field.

The Chelsea born middle order batsman said, “When we have big crowds in and the Barmy Army are here it is amazing but we’ll still be playing Test cricket and it’s still the pinnacle,” Pope said. “Even if there’s not a single person in the crowd it’s still what we all dreamed of doing. There will still be the same nerves in the morning because so much rides on it. When that Test match starts up, crowd or no crowd, you are going to be really up for it. It has been quiet, especially at a ground like this where there is nothing going on outside the ground and no real noise out there, but that doesn’t change the quality of the cricket. Whether we are going to play a bit of music out of the speakers I’m not sure but we can find ways of creating our own atmosphere I’m sure. We’ve got to find a way to do that when we get on top or when we need a bit of energy.”

Pope said that the intensity with which the England squad approached the intra squad warm up match played at the Ageas Bowl in Southampton, Hampshire, was immense, and that has put the squad in a good place. The two teams, Team Buttler and Team Stokes, played out a draw with Team Stokes finishing on 157/4, chasing 255. Pope scored 25 and 55 not out in either innings.

For the most part, the game seemed to be played in a competitive manner and the majority of the contenders for a place in England’s final eleven against the West Indies next week spent time in the middle with either ball or bat. Overall, it was about as good a tune up for next week’s first Test as England’s management could have hoped for.
Pope said, “The quality of competition going on out there was really high-class throughout the three days. I think we’re getting there. I felt pretty good in the first innings, and it was nice to spend a bit more time out there today. We’re all moving the right direction.”

Pope found out that in contrast to the practice wickets the squad has been training on since their arrival at the Ageas Bowl last week, the main wicket was a bit sluggish. It helped the batsman in bringing out their best game, as they had to adapt to the conditions.

“It was quite a slow wicket. On the first day it felt a little bit soft, and there wasn’t a lot of carry. Nicks weren’t always carrying through. We’re not sure what kind of wicket we’re going to get out there come next Wednesday, but it was quite slow. It started turning a little bit at the end. We’ve played on some quite spicy wickets in the nets, and obviously just against our own bowlers. There are no net bowlers around, so the quality of bowling has been seriously high on some pretty spicy wickets. Sometimes it’s trying to get through the net and keep your wicket rather than feeling good and finding the middle of the bat. We’re gone from one extreme to the other. That’s great for our games because it’s good to adapt,” Pope said.