We have a good batting line up and everyone is ready and raring to go: Kraigg Brathwaite

The last time West Indies won a Test Series against England in England was way back in 1988, 32 years ago. Their first Test match win in 17 years came at Headingley 3 years ago, on the back of hundreds in both innings by Shai Hope and 134 and 95 from Kraigg Brathwaite, which helped […]
By CricXtasy Staff Fri, 19 Jun 2020 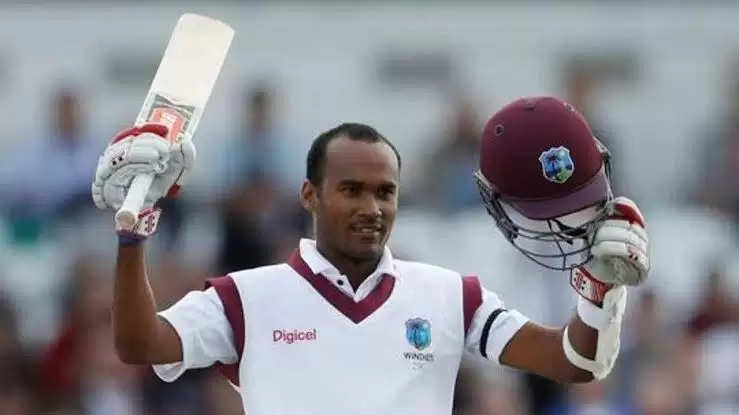 The last time West Indies won a Test Series against England in England was way back in 1988, 32 years ago. Their first Test match win in 17 years came at Headingley 3 years ago, on the back of hundreds in both innings by Shai Hope and 134 and 95 from Kraigg Brathwaite, which helped them eventually chase down a steep target of 322. Brathwaite, who missed out on the feat of being the first batsman to score a hundred in each innings of a Test match at Yorkshire in the 128 years of the county hosting Test match Cricket by 5 runs, knows that the past feat is “history” and that he will have to get his elements together again if he wants to pull off something similar, or even better this time.

He said, “That (the Headingley Test match) was almost three years ago. Looking back at stuff I did I can obviously see things I did well, but that’s history. I have a current job to do here and I’m ready, I’m raring to go. I’m up for the challenge. I know all the guys here can do well. I’m starting the innings and I’m just going to do my job, it’s as simple as that. I know we have a good batting line-up and everyone’s ready and raring to go, so no added pressure really.”

Brathwaite has had a slump in form in the past year, averaging only 16.81 in 2019 without being able to cross a half century mark. Now that he has returned to England without two major batsmen in the side in Darren Bravo and Shimron Hetmyer, he realizes his added bit of responsibility at the top of the order and the need to bring back the success recipe from 2017.

Brathwaite talked about the key to bat for long periods of time, saying, “We’ve got to score runs. Once you can put runs on the board we put our team in a great position. We’ve still got to be disciplined with the ball but I think potentially, when we won the game at Headingley, we scored runs, we chased down over 300 runs, so we’ve just got to put runs on the board. You’ve just got to be mentally strong. The last couple of series, we’ve got to be honest with ourselves, we didn’t do as good as we know we can so we’ve got to buckle down and stay disciplined. Discipline will carry you a long way, in Test cricket in the whole and then especially here in England where the ball will potentially be moving. Once you can be disciplined throughout the whole day and not just for half an hour, an hour, I think that will bring forth big runs.”

Brathwaite spoke about working on the mental aspects of his game with Desmond Haynes, the great opening batsmen from West Indies who was a team manager at Barbados when Brathwaite started. He said, “I had some words with Desmond Haynes back in Barbados. He was obviously an opener as well and that’s been very beneficial to me. A lot of the advice is, keep it simple, you don’t really want to complicate it too much. It’s just simple advice, just about what he did back in the day. Three hours left in a day is always a tough period for an opener, or an hour. So it’s just mental stuff that he helped me with. He was very strong mentally.”

West Indies are currently set up in Manchester for their training. They go up against the hosts in the first of the 3 Test matches at the Ageas Bowl starting from the 8th of July.