Winning the World Cup next year will be a big boost for Indian Women’s Cricket: Mithali Raj

Source: IndiaToday Mithali Raj, captain of the Indian One Day International Cricket team, recently said that winning the 2021 Women’s Cricket World Cup scheduled to start in February will be a big boost to Women’s Cricket in the country. Mithali Raj, who has already confirmed that the upcoming World Cup in New Zealand scheduled for […]
By CricXtasy Staff Sun, 14 Jun 2020 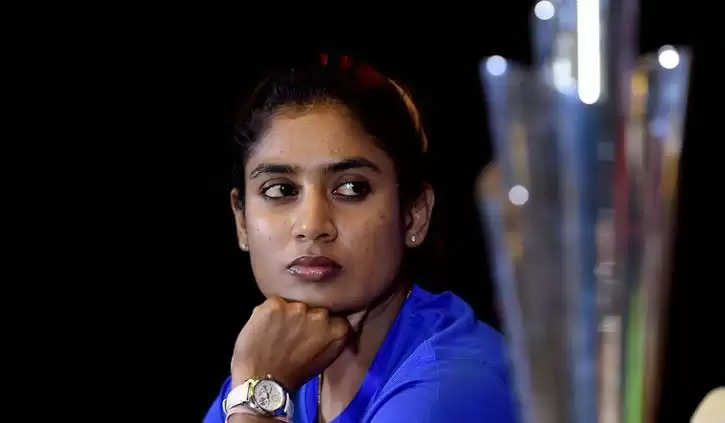 Source: IndiaToday
Mithali Raj, captain of the Indian One Day International Cricket team, recently said that winning the 2021 Women’s Cricket World Cup scheduled to start in February will be a big boost to Women’s Cricket in the country.

Mithali Raj, who has already confirmed that the upcoming World Cup in New Zealand scheduled for February 2021 would be her last, said she hopes India wins the coveted trophy in her swansong edition. Speaking at Salaam Cricket 2020, Raj said, “I also hope we win the World Cup, which will be my last. Women’s cricket in India has improved a lot and has a bright future. But if we win the World Cup it will be a big boost for women’s cricket in the country. I hope we go one step ahead in the 50-over World Cup this time.”

India have done exceedingly well at the ICC tournaments in the recent past but they have failed at the final hurdle. A World Cup trophy is missing from the women’s team cabinet, as India came close to winning the World Cup in 2017 and the T20 World Cup in 2020, losing to England and Australia in the finals.

Mithali Raj concedes that the India women’s team will have to work on the issue of not doing well in the final. She said, “Skillwise we are not lacking at all, we have the best facilities and experts. We have hard-working players as well, in terms of fitness and fielding. In big matches, we need our mental set up to be strong. Skill is not the only factor in big games and tournaments, we also need to handle pressure in a composed way as a team. What I have noticed in the last 2-3 ICC events is that we get nervous on the big stage. It is easily visible also. Our team enters the league stage with so much confidence but we need to work on being mentally stronger in the knockout games. It’s like a trend with the Indian team that we win the first two games and then lose the final in ICC events. We need to work on that. When we go to the World Cups, we do so well in the beginning, the expectations also skyrocket from there on but in the knockouts we are not able to prepare for that mentally. We don’t lose overnight, it is more about keeping your mind strong and that is collectively as a team we need to find a way and work on.”

Head coach WV Raman, speaking at Salaam Cricket, said that India has the right mix of experience and youth to deliver at the biggest stage. Raman said, “They should forget they are playing the finals. They need to treat it just like another game. They need to block outside noise. This comes with experience also. Age is not a factor in the Indian dressing room. Every player needs to contribute and perform their duties on the field. We don’t differentiate based on age. The advantage in sports is that it is not about age. We all look towards playing to the best of their ability.”