With no IPL, rookies like Shahbaz, Tyagi keeping themselves motivated with patience and training

Shahbaz Ahmed, in his mind, had a questionnaire for Virat Kohli and AB de Villiers before getting started with what was to be his maiden Indian Premier League (IPL) season. But the Bengal all-rounder will have to wait to don the Royal Challengers Bangalore red and gold as the possibility of having even a curtailed […]
By PTI Mon, 30 Mar 2020 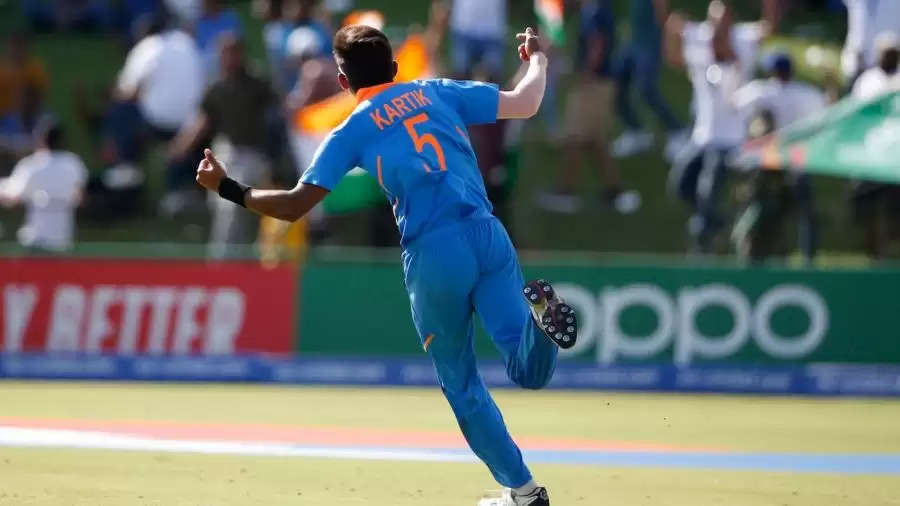 Shahbaz Ahmed, in his mind, had a questionnaire for Virat Kohli and AB de Villiers before getting started with what was to be his maiden Indian Premier League (IPL) season.

But the Bengal all-rounder will have to wait to don the Royal Challengers Bangalore red and gold as the possibility of having even a curtailed IPL is getting slimmer by the day with the rise of COVID-19 positive cases in India.

Ditto for India U-19 stars Yashasvi Jaiswal and Kartik Tyagi, who were getting ready for days under heady limelight at the glitzy event, which was to start on Sunday but has been postponed till at least April 15.

The story is no different for Tamil Nadu spinner Varun Chakravarthy, who probably waits from IPL to IPL to feel that spring in his strides.

The wait gets longer by the day but they are hopeful that this too shall pass.

“It was a dream come true when RCB picked me from the auction. I couldn’t have been more proud that I will share the dressing room with the Indian captain and ABD,” Shahbaz, one of the finds of this year’s Ranji Trophy told PTI on Monday.

“I would get to bowl to them in nets and ask for their tips. But we all know how the situation is. We need to tide over crisis,” he said.

So, how is he spending time and maintaining his fitness?

“Obviously, I am following all the instructions and I don’t venture out,” said the 25-year-old, who lives in Mewat, Haryana.

“I do drills to keep myself motivated as I can’t do full physical training session at home. Once the lockdown ends, I would at least get a chance to run which is very important if not full nets.”

He doesn’t want to entertain thoughts of an IPL cancellation in his debut season unless BCCI spells it out.

“Firstly, the situation should be normal. Secondly, I still hope there is a short IPL. If not, then hopefully I can keep up the good work and play for RCB next year.”

For the lanky UP fast bowler Tyagi, who impressed everyone with his pace, it has been an advantage that his house in Hapur has enough space to train as his father had prepared a pitch with proper nets so that his son doesn’t have to worry about training.

Also Read: Are Rajasthan Royals all about their English players?

“I can’t think about the uncontrollables. My job is to train and be ready as and when action starts. I train four hours every day. Two hours in the morning and two hours in the evening,” the 18-year-old said.

“Yes, I have pitch in my backyard so I am able to do single wicket bowling. Also I am doing a bit of physical training with the medicine ball. Currently, I am working on both my frontfoot and backfoot landing. Also, I am following the routines given by our trainer Anand Date,” Tyagi revealed.

So, did he have anything in mind as to what he would have asked stars like Steve Smith or Jos Buttler once they checked in at the Rajasthan Royals camp?

“Nothing as such. What I thought was when I am there with the best in the business, I need to see where I stand,” he said confidently.

For Tyagi’s U-19 teammate and star of the South Africa World Cup campaign Yashasvi, there was excitement but right now he wants everyone who is suffering to recover as quickly as possible.

“I was very excited for my first IPL with Rajasthan Royals. And I was doing my preparations with my coach Jwala sir and also in RR camps. But let’s be realistic as human beings,” he said.

“Our first priority should be to keep ourselves healthy and safe and pray for everyone who has been suffering from the virus,” Yashasvi added.

For Chakravarthy, not exactly a Tamil Nadu regular in domestic cricket, his career hinges on IPL, which is the closest thing to stardom for him.

Injuries and a not-so-great IPL debut pushed him back as he was preparing to show his mettle for Kolkata Knight Riders, which bought him for Rs 4 crore this year.

“It feels very sad that the world has come to a standstill. Hope, we all fight together and defeat the virus…on the other hand, yes I am worried about when will the IPL happen….because many things rest upon it for me,” he confessed.