For the reticent Gautam Gambhir, India’s 2011 World Cup triumph was a journey of 20-odd people, not one freeze-frame moment that social media makes it look every year on this very day. Harbhajan Singh can’t fathom why those 11 players never played as a team in a single international game after that. Also Read: ECB could […]
By PTI Thu, 2 Apr 2020 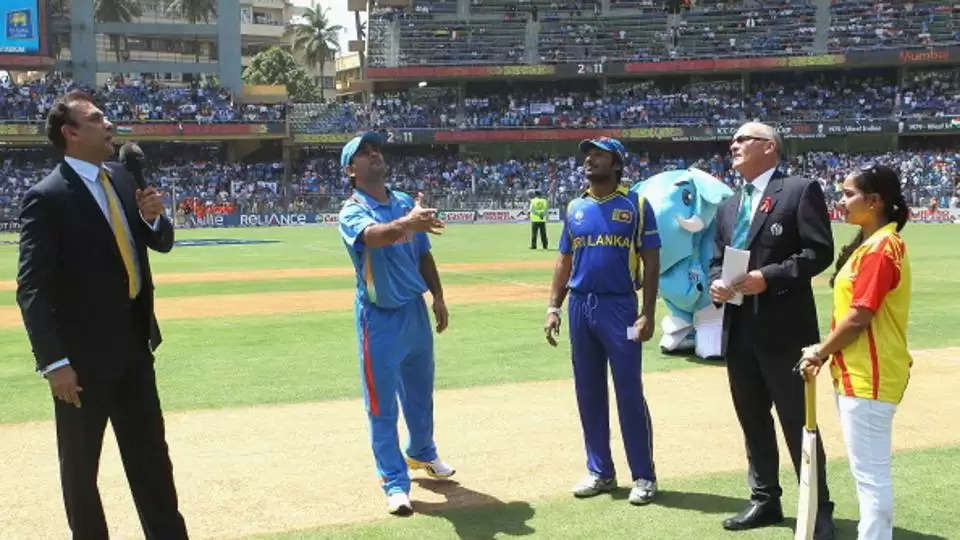 For the reticent Gautam Gambhir, India’s 2011 World Cup triumph was a journey of 20-odd people, not one freeze-frame moment that social media makes it look every year on this very day.

Harbhajan Singh can’t fathom why those 11 players never played as a team in a single international game after that.

Also Read: ECB could lose over 300 million pounds if no cricket takes place

Ashish Nehra is not a man with too many regrets as he missed the final with a finger fracture but April 2 is a day which better half Rushma ensures that he “better not forget”.

They were heroes in one of the most glorious chapters in Indian cricket and they all cherish that even though lives and careers have gone in different directions in the past nine years.

And what about him? Well, Mahendra Singh Dhoni was a recluse then and remains a recluse now, unbelievably guarded, even as the speculation on his future has come to a halt with people, for a change, discussing implications of the COVID-19 more.

Sachin Tendulkar, since then, has retired but is no less revered by one and all who can still watch the 46-year-old pad up even if it’s for five minutes in a charity game.

The man who carried him on his shoulders, Virat Kohli, has taken Tendulkar’s place as world cricket’s premier batsman with a game that brings thousands into the stadium.

Zaheer Khan has settled into a nice post-retirement life with some franchise coaching as well as donning the role of an analyst while S Sreesanth, after all the taint, shame and horror of match-fixing, may be just hoping to don the Kerala jersey one last time.

“Dhoni hits a six, India wins the World Cup,” is among the most famous lines spoken on air by Ravi Shastri, whose commentary otherwise was littered with cliches.

But does that one moment defines India’s entire campaign at the World Cup? Not at least for Gambhir, whose 97 in the final was priceless as he weathered the initial storm after Sehwag and Tendulkar’s dismissal.

“High time media learns that,” Gambhir told PTI after his tweet on how the World Cup was won by a team not an individual, went viral on the day.

Nehra, whose life in Goa these days, is far removed from social media remembers the funny side of April 2.

“Even if I forget the World Cup final, I can’t forget April 2. It’s my marriage anniversary today. So you think my wife would let me forget the date. We completed 11 years of marriage today and nine years of World Cup. So 11 plus 9 is 20 and we are in 2020,” he starts laughing.

On a serious note, he remembers his performance against Pakistan.

“I got injured but it was a great match. Obviously, you feel bad if you can’t play the final but April 2 is the best day of my life, our lives. We didn’t sleep that night.

“I think, in my room, there was Bhajji, Zak, Munna (Munaf) and friends from ICC like Dheeraj (Delhi Capitals CEO Dheeraj Malhotra who was an ICC official at that time). I ordered 40 omelettes for breakfast after we had a ball the whole night,” Nehra remembers.

Harbhajan agrees with Gambhir that it was a team effort.

“Zak’s performance against England. We would have lost that match had he not bowled and got a tie for us. Yuvi’s tournament and that knock against Australia. Sachin in the semi-finals.

“Gautam and Mahi in the finals. You look around and you will find significant contributions,” Harbhajan recollected.

That was the only day, he says, he got emotional on the field of play.

“I don’t think I have ever shed tears on the ground. The day was such. But then when I think back, one thing strikes me.

“You can check the scoreboard but those XI players never played another match together in India colours. Never again and I don’t know why? I don’t have an answer,” he said.

“Very soon, the preparation for 2015 started but that team couldn’t be kept together for two years. We never played together again,” he recalled.