Former West Indies speedster Michael Holding came down heavily on the World Test Championship points system, terming it as ‘ridiculous’ and stating that it needs upgradation before it can be deemed to have full potential. A Cricket team can gain a maximum of 120 points from one Test match series, which means if it’s a 5 […]
By CricXtasy Staff Mon, 4 May 2020 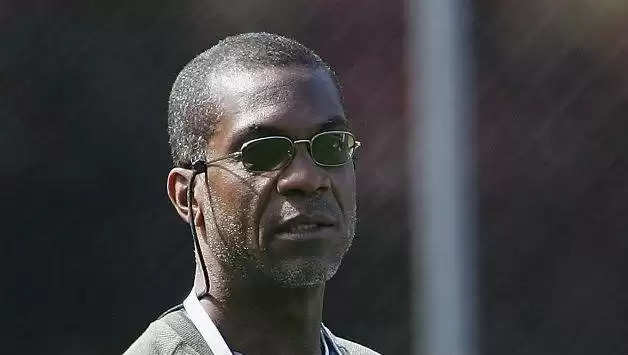 Former West Indies speedster Michael Holding came down heavily on the World Test Championship points system, terming it as ‘ridiculous’ and stating that it needs upgradation before it can be deemed to have full potential.

Holding, who was interviewed by Wisden had to say the following about the WTC points system, “It doesn’t work. First of all the points system is ridiculous. You can’t play five Test matches and get the same amount of points if you play two Test matches.”

The Jamaica born fast bowler with 249 Test wickets, nicknamed ‘Whispering Death’, continued, “And secondly, at some point you’re going to have teams who know they cannot get to the final and so those Test matches aren’t going to be all that entertaining. People know it’s just another game.”

The inaugural edition of the WTC began in August 2019 with the top nine teams taking part as per ICC Test rankings. The final is set to be played at Lord’s in June 2021 between the top two teams after the end of the league stage.

So far, the top three teams in the points table before the COVID-19 pandemic struck are India, Australia and New Zealand. Out of the three, India have played the most number of bilateral series and have 7 wins in 9 Test matches, and are currently on top of the table with 360 points. Australia, despite having played a series less, have played more matches than India. With 7 wins in 10, they are placed at the 2nd spot with 296 points.
New Zealand, having accumulated 196 points on the basis of winning 3 Test matches out of 7 across 3 series (including a 2-0 victory against Indian at home), are currently 3rd in the points table. Despite India’s dominance at the start of the Championship, with their series loss to New Zealand, the competition is starting to increase at the top of the table. It will be interesting to see how things pan out by next year.