You need to put in that extra effort to play Test Cricket: Rishabh Pant

Indian wicketkeeper batsman Rishabh Pant, like so many of his National and IPL teammates, had a chat on an Instagram Live session. He spoke to the IPL franchise Delhi Capitals’ official Instagram page about his career, his journey to International Cricket, his idol, and how playing for the Delhi based franchise has helped him. After […]
By CricXtasy Staff Sat, 2 May 2020 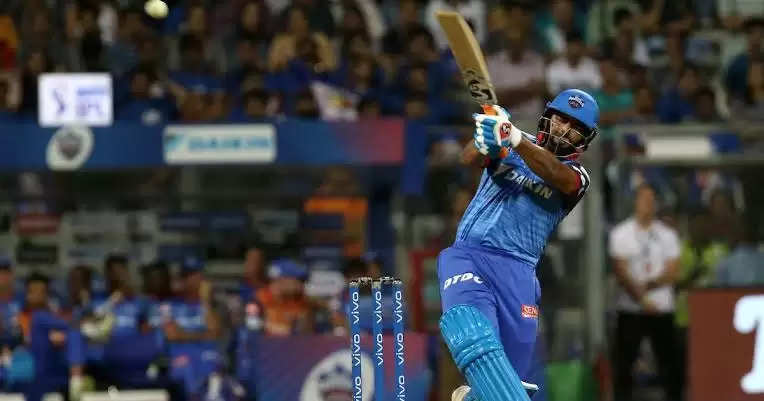 Indian wicketkeeper batsman Rishabh Pant, like so many of his National and IPL teammates, had a chat on an Instagram Live session. He spoke to the IPL franchise Delhi Capitals’ official Instagram page about his career, his journey to International Cricket, his idol, and how playing for the Delhi based franchise has helped him.

After being dropped from white ball Cricket, Pant was picked for the Test series against New Zealand in place of first choice keeper Wriddhiman Saha.
Speaking about his experience if playing Test Cricket, Pant said, “I love playing Tests. You can give yourself time. Mostly you can test yourself in Test cricket. When I was playing four-day first-class games, I had heard it is the real test but when I played five-day cricket, it was like you need to put in that extra effort.”

Pant discussed about his struggles to the top after that. He said that due to the fact that Uttarakhand did not field a team in the Ranji Trophy, he had to play his Cricket for Delhi. So, at 2 in the morning, the Roorkee born left handed batsman took a bus to the capital to attend practice in the morning. He reckons that it has been a good journey so far.
He said, “They (Uttarakhand) did not have a cricket team at that point. So I used to take bus at 2 a.m. in the night. That time it used to take 6 hours by road. It was difficult during winters as it was too cold. There was fog also. It’s been a good journey (as I look back). At the end of the day, you have to work hard to achieve your goal.”

Pant grew up idolizing celebrated former Australian wicketkeeper batsman Adam Gilchrist. About Gilchrist, he said, “Over a period of time I have realised that you have to learn from your idol but you don’t have to copy him. You learn things which you like and can implement in life and cricket. You need to have your own identity.”

Delhi Capitals, the franchise has played a monumental role in shaping up Pant’s career. He was bought by the franchise for a whopping 1.9 crore 4 years ago. Even though he did not get too many games in the first season due to the presence of Quinton de Kock behind the stumps, he started to make a name for himself in 2017, especially with the knock of 97 against the now defunct Gujarat Lions. His breakthrough season came in 2018, in which he scored his maiden IPL hundred (128) against Sunrisers Hyderabad, and finished as the highest run scorer for the franchise that season(684 runs in 14 matches, averaging 52.62), also the most runs scored by a Delhi Capitals Cricketer in an IPL season.
Pant said, “That was a life-changing season for me. I needed that breakthrough which everyone needs,” he said.

Pant added that the Delhi team, who are still to win an IPL title, always talk about breaking the duck. He said,”The core group always thinks of winning IPL for Delhi. We qualified for the knockouts last time and came third.”

Pant also added that the Delhi Capitals coach and 2 time World Cup winning Australian captain Ricky Ponting always tells him to play his natural game. About Ponting, he said, “He gives me a free hand. He says do whatever you want to do.”

On advice from the BCCI President and former Indian captain Sourav Ganguly who was the DC team mentor last season, Pant said, “You need to give yourself some time and then you can do whatever you want to do. He always wanted me to do well. He told me a few things and I tried them also. It helped.”