After a mutual agreement between the two Cricket Boards, the latest Cricketing contest to have been postponed due to the COVID-19 pandemic is Zimbabwe‘s 3 match One Day International series tour to Australia, as per reports earlier today. The ODI series, originally scheduled to take place between the 9th to the 15th of August, would […]
By CricXtasy Staff Tue, 30 Jun 2020 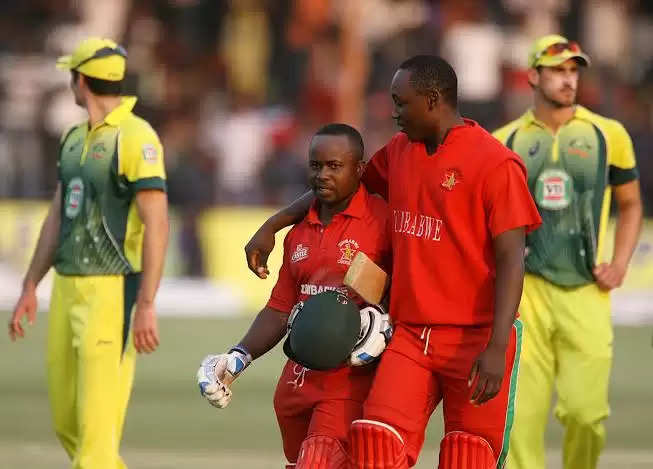 After a mutual agreement between the two Cricket Boards, the latest Cricketing contest to have been postponed due to the COVID-19 pandemic is Zimbabwe‘s 3 match One Day International series tour to Australia, as per reports earlier today.

The ODI series, originally scheduled to take place  between the 9th to the 15th of August, would have been Zimbabwe’s first tour to Australia since the 2003/04 season, in which they played 2 Tests and were a part of an ODI Tri Series featuring the hosts and India. The previous occasion in which the two teams met in a 50 Over clash was 6 years ago at Harare, in a tri series involving South Africa. Zimbabwe went on exceed everyone’s expectations and defeated the then 4 time World Champions by 3 wickets with a couple of overs to spare, firstly thanks to some disciplined bowling by the Chevrons which kept Australia down to 209/9, with the then skipper Michael Clarke remaining not out on 68 off a 102 balls, and then, despite being reduced to 106/5 halfway through the chase, they managed to get over the line largely thanks to an unbeaten 68 ball 52 from skipper Elton Chigumbura, supported by Prosper Utseya, who made a quickfire 30 off 28.

The decision was taken keeping in mind the health and safety of the players, match volunteers and the officials. According to Cricket Australia, there were a few other reasons as well; they said that a combination of factors such as the short length of the series and the significant bio-security measures that would have needed to be implemented contributed to the decision to postponement as well. Australia requires a mandatory 14-day quarantine period for international arrivals.

The series would have marked the first ever visit by a senior Australian men’s team to Townsville’s Riverway Stadium, where the third match of the series was to to be played, while Darwin had been floated as a possible venue for the other two matches. Australia’s senior men’s squad have not visited Darwin since a training camp in mid-2017 ahead of a tour to Bangladesh.

Statements were made by representatives of both Cricketing Boards. CA’s interim chief executive Nick Hockley said, “While we are disappointed to postpone the series, CA and Zimbabwe Cricket agree that in the best interest of players, match officials, volunteers as well as our fans, that this is the most practical and sensible decision. We are committed to working with Zimbabwe Cricket on alternative dates to reschedule.”

Givemore Makoni, Zimbabwe Cricket’s acting managing director said, “We were excited about facing Australia but, given the circumstances, deferring the tour was the only possible option. We are, however, looking forward to the rescheduling of the series as soon as practically possible.”