There’s something about Rangana Herath. He is that classical cricketer who relies on classical methods to get the job done and yet he has been mighty effective in the modern game. Though he played only Test cricket in the last leg of his career, he found ways to out-smart and out-think the batsmen. The […]
By CricXtasy Staff Writer Tue, 20 Aug 2019 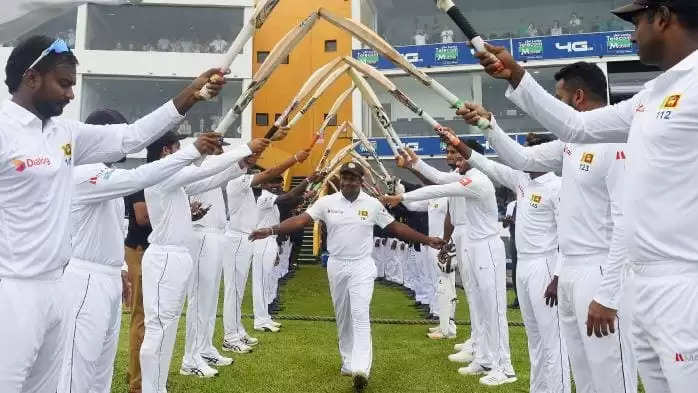 There’s something about Rangana Herath. He is that classical cricketer who relies on classical methods to get the job done and yet he has been mighty effective in the modern game. Though he played only Test cricket in the last leg of his career, he found ways to out-smart and out-think the batsmen.

The 40-year-old left-arm spinner hung up his boots and ended a fabulous career after the first Test against England at Galle. Herath bowled the final delivery of his Test career on day three (8th November) of the Test match and finished with 433 wickets in 93 Test matches (average of 28.07 and strike-rate of 60.00). He finished with 34 five-wicket hauls (and nine 10-fers) and has best figures of 9/127.

Though he didn’t have a great Test match (personally as well as team-wise), it brought an end to a wonderful career. He was the last active cricketer who made his debut in the 1990s.

Herath began the Test match on the 10th place on the highest wicket-takers list. He went past Sir Richard Hadlee’s tally of 431 Test wickets before equalling Stuart Broad’s tally of 433. He fell just one short of Kapil Dev’s tally of 434 wickets.

When we talk about spinners, Muralitharan and Warne’s names are one of the first ones. Anil Kumble’s name isn’t too far behind. These three make the top three of the highest wicket-takers list.

However, there is a fourth as well. Herath has been a very underrated spinner and is the 4th highest wicket-taker in Test cricket as far as spinners are concerned. In fact, he has the third-most ten wickets in the match (9) which is only behind Muralitharan (22) and Warne (10). He also has a staggering 34 five-wicket hauls and only four players Murali (67), Warne (37), Hadlee (36) and Kumble (35) have registered more fifers in the longest format.

However, once Murali retired, Herath took over. He played 71 matches after the former’s retirement and picked up 362 wickets at an average of 26.15 and a strike-rate of 56.9. He took all his 9 ten-wicket hauls in the post-murali era.

Since Muralitharan’s retirement, only three Sri Lankan bowlers (including Herath) have taken more than 100 Test wickets. However, barring Dilruwan Perera who has taken 125 wickets (even he barely has 30% of Herath’s wickets in the post-Murali era), no Sri Lankan bowler has taken even 1/3rd of Herath’s wickets since retired. Also, 10 out of his 11 Man of the Match awards have come in the post-Murali era.

Second best bowler in this decade

Since the turn of the decade (January 1, 2010), only James Anderson has taken more wickets than Rangana Herath. Anderson has taken 417 wickets but he has also played 28 more Test matches when compared to Herath. In fact, he has the most five-wicket and most ten-wicket hauls in this period.

As Herath grew older, he simply got better. With every passing day, he got wiser, smarter and wilier. In fact, he took close to 82% of his Test wickets after he turned 33. He has taken 352 wickets after his 33rd birthday and no one even comes close.

Rangana Herath has an excellent record at home. In 49 Test matches at home, he has taken 278 wickets at an average of 23.65 and a strike-rate of 51.30. His average and strike-rate in Sri Lanka is rated amongst the very best. Out of his 34 five-wicket hauls and 9 ten-wicket hauls, Herath has registered 26 and 7 of them respectively in the island nation.

Ravichandran Ashwin and Nathan Lyon have dominated world cricket in the longest format of the game as far as the spin department is concerned. However, Rangana Herath has quietly done his job effortlessly and has gone under the radar. However, the fact is, he is almost on par with the aforementioned and has been extremely effective and successful in the last five years.

ALSO READ- IPL 2020: HOW SHOULD DELHI CAPITALS APPROACH THE AUCTION

Herath is easily one of the biggest match-winners Sri Lanka have produced since the retirement of Muralitharan. Herath’s contribution was massive in a Test match. In wins, the wily spinner has taken 243 wickets at an average of 18.83 and a strike-rate of 43.3.

Thus, Herath’s contribution was one of the most vital components in a Test match for Sri Lanka over the last decade.

When Muralitharan retired, the question was who will carry the baton of Sri Lankan cricket forward? That’s when the match-winner in Herath was born. There’s a similar question now. If not Herath, then who? As Herath hangs his boots, Sri Lanka’s hunt for the next match-winning spinner begins.

For now, Herath didn’t get a fairy-tale ending but he can hold his head high and walk away from the game proudly.