There is generally a lot of doom behind that glamour. Cricket, like cinema, is an entity that most of us witness through an interface that separates us from them. That is the television. We are distanced from the actual emotions that a particular player undergoes at a point in time through the visual enigma that […]
By Tarkesh Jha Sun, 29 Sep 2019 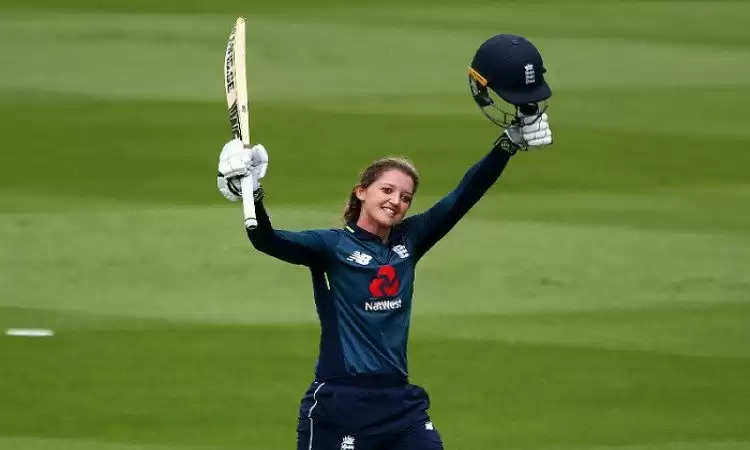 There is generally a lot of doom behind that glamour. Cricket, like cinema, is an entity that most of us witness through an interface that separates us from them. That is the television. We are distanced from the actual emotions that a particular player undergoes at a point in time through the visual enigma that is the TV. Relaxing on the couch, it all appears very alluring and glitzy. To live the life of an established international cricketer is a thought that passes through the mind of every viewer at some point in time whilst glaring at them going about their business on the field.

But, as we are separated from the players through that 32” screen, the players hide a part of themselves from us behind that tough face as well. The cheer when they scalp a wicket. The gasp when the wicket-keeper pulls off a blinder of a catch. The applause for their batters after a fantastic knock. The look of dejection when someone drops a dolly of catch. But that despair doesn’t last long on the field.

Sarah Taylor was a joy to watch on the field. She was brilliantly unorthodox with the bat and lightning quick behind the stumps. Lighting quick might be an understatement. She was the wicket-keeper against whom the batters dreaded to step outside the crease to whack the delivery; no matter how relishing the urge to hit that shot was. She had that enigmatic presence on the field. Charming, perseverant, quirky, quick; there was no way one could turn their attention away from her on the cricket ground. Whether it was with the bat, or with the keeping gloves; she made it a point to stamp her authority in every field.

Well, this is what I could make of her; through the TV screen. 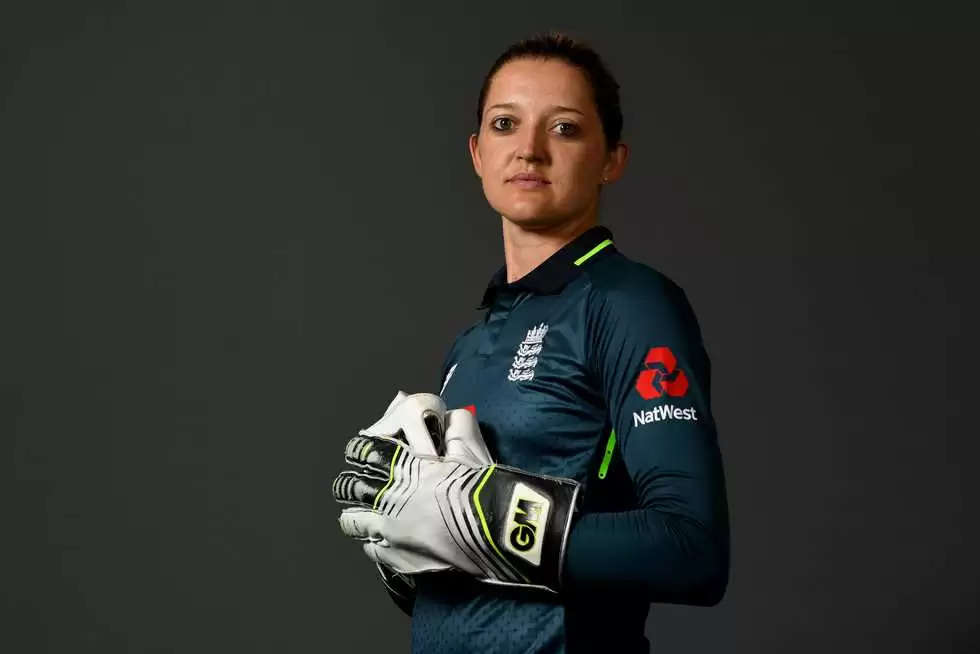 Sarah Taylor, undoubtedly, the best in the world. (Getty)

Beyond that, well. “I cried. I was very negative. Everything is the worst-case scenario. My panic attacks would come because I couldn’t breathe properly. I’d spend the entire day focusing on breathing. I’d then think: ‘What am I doing with my life? I’m just stuck in bed, can’t breathe.’ That would make you worse. You spend the entire day having some form of panic attack. It’s awful because you don’t know why.

“I saw a doctor in London. My partner didn’t live far away so I was like: ‘Right, I’ll get up from my partner’s place and walk to the doctor.’ I did not even consider the fact this walk would be the hardest 15 minutes of my life. I sat on a bench outside, waiting. I was shaking, couldn’t breathe, on my own. This had happened before but I didn’t know what it was. All of a sudden it was more normal than a normal day.”

Taylor narrated her ordeal in an interview with The Guardian after England’s World Cup victory in 2017 at home turf. It was supposed to be the most joyous moment of her cricketing career. And yet, somehow, she found herself drained due to the atrocities that her mind, her inner conscience brought to her. No cricketer wants to go through such a situation. There’s a tremendous amount of physical, emotional and mental strain that comes with playing this sport. However, even then our cricketing idols battle it out; day in, day out.

Maybe, this is what refrain us from understanding what actually goes on inside their mind as they are converting those 1s into 2s, those 2s into 3s. They are just so perfect for us – they are the demigods. They are the ones who we aspire to become one day. And yet, they aren’t really who you think they are.

In reality, they too dread the harsh realities of life as much as we do. They fear approaching that bleak run of form. Get anxious; tremble at each stage of life. However, our image of them is structured so flawlessly, that even a slight bit of failure evokes a sense of unprecedented, absolutely horrific criticism from us. They take it by the chin, go back and run that extra mile on the field, every single time. They recover back to roaring form, we applaud, but did we ever stop to think about what they go through during that low period? 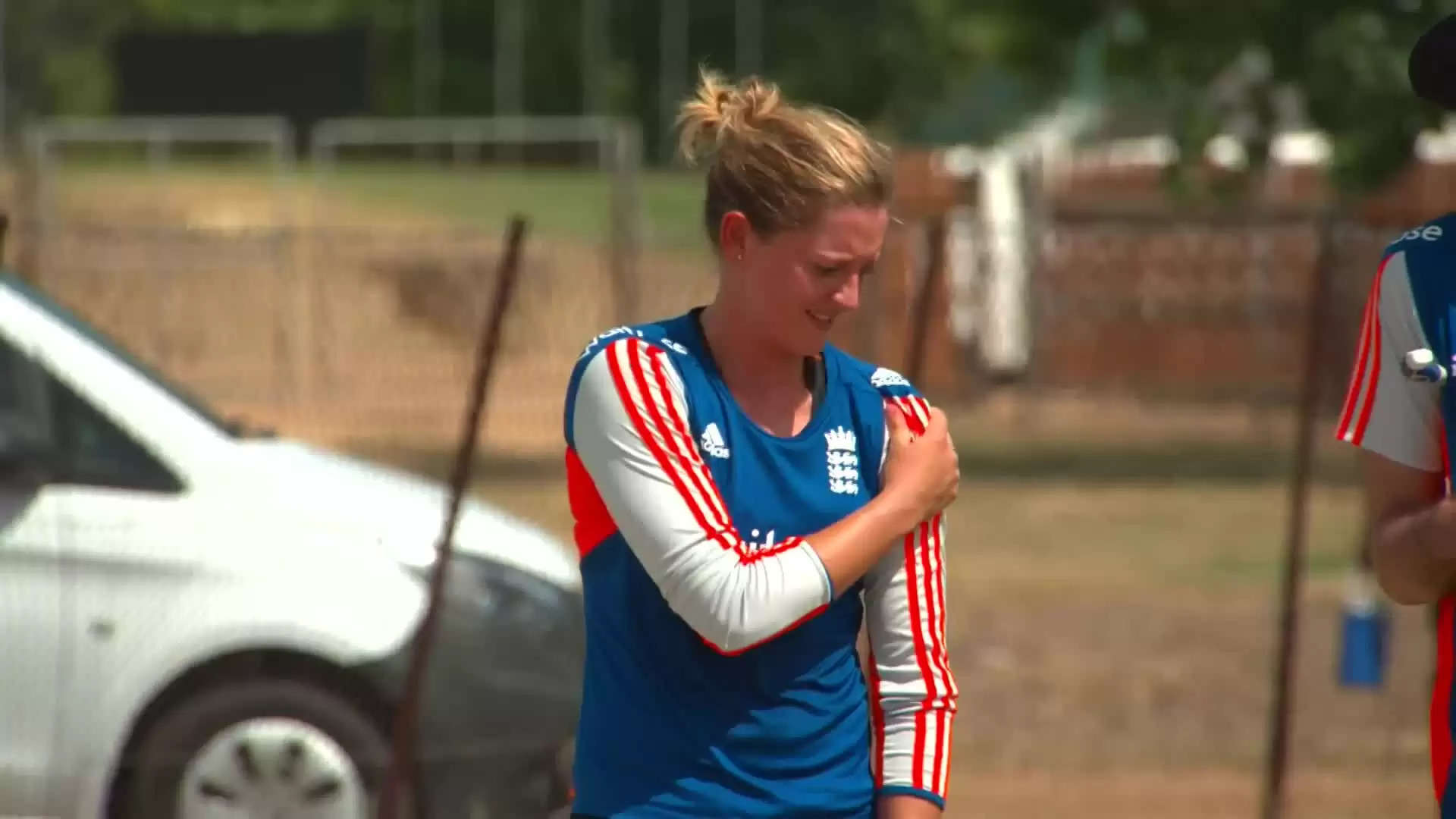 The only reason I put it out there in a social media aspect was to try to help : Taylor

We tend to brush aside a prolonged course of depression and anxiety among sportspeople as soon as they regain form. Most recently, a rumour doing the rounds is that KL Rahul is undergoing a poor run on the field because something is not right with his ‘head space’. KL scored a century in the Vijay Hazare Trophy today. He will soon recover his touch and rack up centuries again in the international circuit. As soon as that happens, not a single soul would care anymore about his ‘head space’.

Sarah proved to us that no matter what happens on the field, one could achieve the highest of successes that one dreamed of ever since one was a kid, and yet be in a terrible state of mind. She was holding up that World Cup trophy with aplomb, and yet inside, she was still confused. Still unable to contemplate what had been going wrong with her. What is still going wrong with her?

She would still be taking those crucifying 15-minute walks, and yet remain unnoticed to the layman who would pass beside her on the footpath. Anxiety is a real issue among cricketers. Though, Taylor is suffering it arguably due to her own expectations, many cricketers would be battling with anxiety due to the pressure that the fans tend to mount on them after every seemingly poor performance. Take a break, lads and lasses. You never know which cricketer you would end up chastening so grievously with your odd tweet.

Most importantly, good luck, Sarah Taylor. You have been a champion cricketer, with a champion mindset. Knowingly or otherwise, you casually put forth such a serious topic, created such massive awareness, and maybe, just maybe, thought us fans to be much more lenient towards sportspeople like you.