How KL Rahul is closing the door on MS Dhoni

KL Rahul is in the form of his life. He has grabbed the opportunity of being India’s first choice wicket-keeper batsman with both hands and delivered in no time. Moreover, his nifty glove-work has complimented his batting. Just ahead of the T20 World Cup for India, Rahul’s prowess might effect veteran wicket-keeper batsman MS Dhoni’s […]
By Samrat Chakraborty Sun, 26 Jan 2020 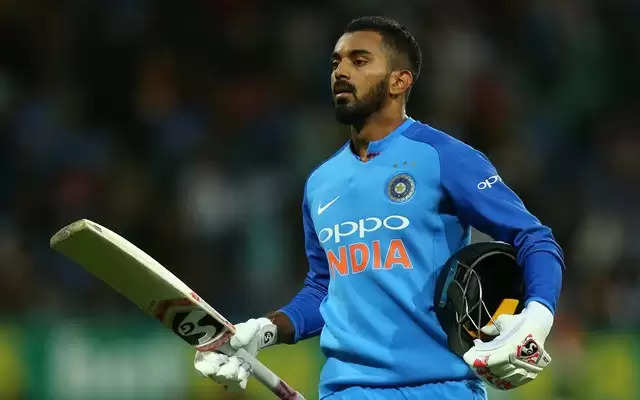 KL Rahul is in the form of his life. He has grabbed the opportunity of being India’s first choice wicket-keeper batsman with both hands and delivered in no time. Moreover, his nifty glove-work has complimented his batting. Just ahead of the T20 World Cup for India, Rahul’s prowess might effect veteran wicket-keeper batsman MS Dhoni’s return to the Twenty20 (T20) squad, much a like it has already effected Rishabh Pant’s place.
The 27-year old has shown maturity on the field, something that young Pant lacked. He has also not played any lose shots to his credit or looked clumsy with the gloves. The only thing Pant did better than Rahul behind the stumps was the banter he started with the opposition players with his comments.
His third successive T20I fifty proved how vital he is turning out for the Men in Blue, and if Rahul continues to take the bowlers to the cleaners, he could well be preferred over Dhoni in the T20 World Cup, India’s first choice wicket-keeper since years, who was recently not renewed with the central contract.

Rishabh Pant was touted to fill in the big boots of MS Dhoni by the Indian selectors across formats. He was also groomed for the same overlooking the potential of the Karnataka batsman.

But Rahul, waited calmly for the opportunity, and proved his mettle in the limited overs. To his merit, the right-handed batsman can also bat down the order, when not opening.

Rahul has also got every shots in his book and makes the execution look easy. For instance, in the second Twenty20 International (T20I) between India and New Zealand, Rahul made a deft touch to a delivery bowled by Mitchell Santner to score four runs off it.

KL Rahul, who will be leading Kings XI Punjab (KXIP), in the upcoming season of the Indian Premier League (IPL) has already notched up two half-centuries in the T20I series against New Zealand, and looks set to grab his hands on the Man of the Series award.

The forthcoming season of the Indian Premier League (IPL) will be different than the most for MS Dhoni. His finishing abilities were questioned during the World Cup 2019 due to his slow scoring rate and will be under scrutiny during the lucrative tournament as well.

Ravi Shastri, Team India head coach, had also made it clear that Dhoni‘s IPL performance will decide his future in the team.

“It all depends on when he starts playing and how he is playing during the IPL. What are the other people doing with the wicket-keeping gloves or what is the form of those players as opposed to Dhoni’s form. The IPL becomes a massive tournament because that could be the last tournament after which more or less your 15 is decided,” Shastri had said.

Not that a man of Dhoni’s calibre and experience would not know that himself, but he would want to make an appearance in the T20 World Cup, which could be his swansong in the shortest format of the game. Rahul’s form, however, raises doubts about the senior pro, leading to questions over whether Dhoni has already played his last international game for the team.