The #10YearChallenge seems to be in full swing and ICC has also taken it up by posting a few pictures and stories one of the most popular hashtags at the moment. This #10YearChallenge has also provided a good time for retrospection and if you look back, a lot has changed in cricket over the last […]
By CricXtasy Staff Writer Tue, 20 Aug 2019 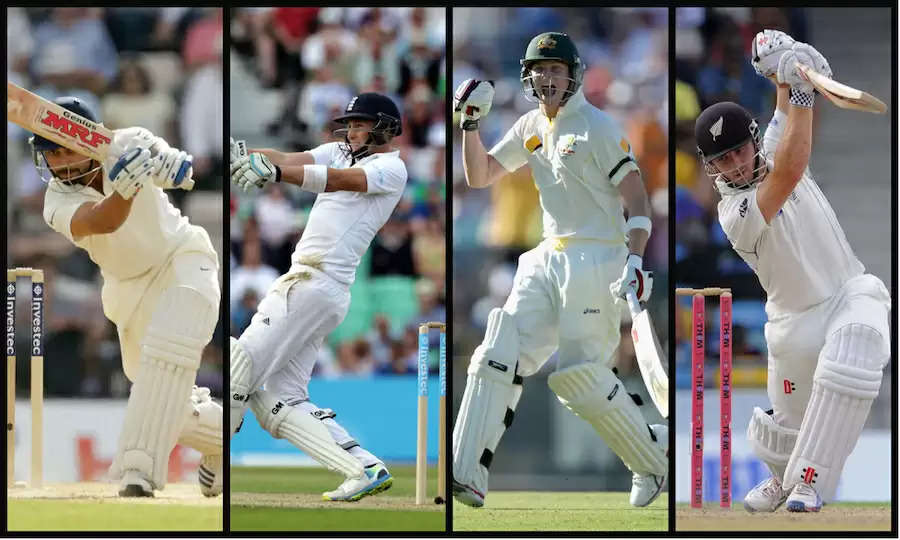 The #10YearChallenge seems to be in full swing and ICC has also taken it up by posting a few pictures and stories one of the most popular hashtags at the moment. This #10YearChallenge has also provided a good time for retrospection and if you look back, a lot has changed in cricket over the last 10 years. Hence, let’s look back at some of the massive changes it’s gone through.

The story of Afghanistan cricket is an inspirational one. In the first decade of the 21st century, they were nowhere. In 2009, they made their ODI debut as they played the 2011 World Cup Qualifiers. They then travelled to the Caribbean to take part in the 2010 World T20 Qualifiers. But it was 2012 which was a memorable year for them. They played their first ODI against a full-member and qualified for the main round of T20 World Cup where they played India and England.

In 2015, the Afghans played their first-ever World Cup. Though they lost five games, they created history as they won one game and ensured they didn’t return home without a win. In early 2017, they were awarded the Test status and in June 2018, they became the 12thTest playing nation as they made their debut in India. 2018 was a special year for them. They came from behind to win the ICC World Cup Qualifiers and book a place in the 2019 edition of the World Cup. While Afghanistan are placed 10th in the ICC ODI Rankings, they’ve been excellent in the T20 format and are at the 8th position, above the likes of Sri Lanka and Bangladesh.

Hence, Afghanistan’s rise has been one of the biggest changes in world cricket.

The evolution of Virat Kohli

If there is one man who has gone through a significant change in world cricket then it has to be Virat Kohli. The current Indian skipper seems to have redefined consistency. In the last 10 years (January 18, 2009 to January 18, 2019), Kohli has amassed close to 19,000 international runs at a stunning average of 56.59. He’s scored a staggering 64 tons (he had none before 2009) with 39 of them coming in ODI cricket. In the 50-over format, no batsman comes close to him as he’s scored 10,180 runs out of his 10,339 career ODI runs in this period. He is just 10 ODI centuries away from equalling the great Sachin Tendulkar’s record. He will certainly go down as one of the best limited-overs batsmen of all time.

Over the last few years, he’s found supreme consistency in the Test format as well. He’s shouldered the responsibility of the Indian batting line-up and has been the lone warrior on plenty of occasions. He’s changed the way fitness is looked at and has brought a massive change in himself and is a huge role model. He seems to be the flag-bearer of world cricket. Hence, Virat Kohli’s transformation has been phenomenal.

The Fab 4 of world cricket

Virat Kohli, Steve Smith, Kane Williamson and Joe Root have not only become captains of their respective countries (though Smith is no more captain) but have also dominated world cricket with the bat. They have amassed a staggering 53,867 international runs in 1039 matches put together in the period of January 18, 2009 to January 18, 2019. In fact, none of them had an international ton to their name before 2009. Actually, only Kohli had made his international debut. Now, the four put together have a staggering 153 international centuries with 86 of them in the longest format of the game.

Before 2010, there were a couple of instances when players came close to making a double ton but no one could really breach that coveted mark. However, Sachin Tendulkar became the first man on the planet to scale that coveted 200-run mark in ODI cricket. However, since then there have been seven scores in excess of 200 with Rohit Sharma scaling the mark on three occasions (209, 264, 208*). In fact, he holds the record for the highest individual score in ODI cricket which is 264 which he got in 2014 against Sri Lanka. Virender Sehwag (219), Chris Gayle (215), Martin Guptill (237) and Fakhar Zaman (210*)  are the others to breach the 200-run mark.

In the last 10 years, batting has gone to another level in white-ball cricket. Batsmen have become a lot more fearless and have racked up massive scores. The number of 300s might be out of count and it has become the new norm in ODI cricket. However, the number of 400+ scores that have been put up has been staggering. Before 2009, only six scores in excess of 400 were registered with all of those six coming since the start of 2006.

However, since 2009, there have been 13 scores in excess of 400. England have beaten the record of the highest total twice. They first beat Sri Lanka’s record of 443 in 2016 when they put up 444 against Pakistan. However, in June 2018, they bludgeoned and blasted their way to a mind-boggling 481 against Australia.

One of the biggest changes that has been introduced is the Decision Review System. The DRS has changed the whole prospect of umpiring and while there may still be a debate about its accuracy and the correctness but it has brought a massive change in the game. It has helped the teams avoid umpiring howlers and tactically as well, teams have used it to their advantage.

While we talk about batting, there is no doubt that T20 cricket has revolutionised batting. Batsmen are scoring hundreds in double quick time and the record for the fastest ODI ton (which stayed for 18 years) was broken twice in two years.

First, it was Corey Anderson. On the first day of the year 2014, he smashed a ton in 36 balls against the Windies beating Shahid Afridi’s 37-ball record which he set in 1996. A year later, AB de Villiers comfortably beat that record as he racked up his ton in a mere 31 deliveries breaking multiple ODI records. IN the last 10 years, there have been five entries (including de Villiers’ and Anderson’s record) in the top 10 fastest ODI tons.

The advent of T20 leagues

In 2009, T20 was relatively new and not a lot of leagues were going around. 2009 hosted just the second edition of the World T20. Meanwhile, IPL was just a year old. However, in the last 10 years, almost every country has come up with its own T20 league. In fact, the likes of Canada and UAE have their own T20 leagues. There are a few players, that simply travel across the globe and participate in these T20 leagues. T20 cricket is ruling the roast at the moment.

Chris Gayle – The Universe Boss and the T20 giant

When you talk about T20 cricket, you talk about Chris Gayle. The two always go hand in hand. He might’ve struck a couple of triple centuries in Test cricket and quite a few ODI tons and some other memorable moments in those two formats, but he will always be remembered for his T20 exploits. Gayle has broken all sorts of T20 barriers and has racked up a staggering over 12,000 T20 career runs. He is the only man on this planet to touch the 10,000 mark in T20 cricket. Brendon McCullum looks set to become the second but he’s nowhere in the vicinity of Gayle’s tally of 12,134 runs.

The Universe Boss (as he calls himself) has amassed 21 T20 hundreds which are more than the Test hundreds (15) he has. In the IPL 2013 playing for Royal Challengers Bangalore (RCB), he smashed Pune Warriors India (PWI) to all parts of the M Chinnaswamy Stadium as he scored a mind-boggling 175 not out. That’s not the team score it was Gayle’s individual score. He’s set T20 leagues around the world on fire with his explosive batting and continues to do so (though his reflexes might’ve slowed down and he isn’t as consistent as before). But in the last decade, he’s scored over 11,500 T20 runs which includes a staggering 20 centuries and 870 sixes.

Before 2009, England had won the World Cup in cricket twice, i.e. in 1973 and 1993. But that was in the women’s game. The men hadn’t won a single ICC event in the history of men’s cricket. They had made a few finals but failed to cross the final hurdle.

However, in 2010, history changed as Paul Collingwood led his team to the World T20 title in the Caribbean. He became the first England men’s captain to win an ICC trophy. The wait was finally over. However, ICC trophies continue to elude the English team in the 50-over format.