IPL 2020 Player Retention: 5 Players who deserved to be retained by their IPL franchises

IPL 2020 Player Retention: While the Holkar Stadium in Indore was witnessing a hapless bunch of Bangladeshi fielders made to go on a leather hunt by the likes of Mayank Agarwal, Cheteshwar Pujara, Ajinkya Rahane, and Ravindra Jadeja, IPL franchises were busy finalising their last-minute transfers and releases ahead of the IPL auction 2020 which […]
By Naimish Gupta Sat, 16 Nov 2019 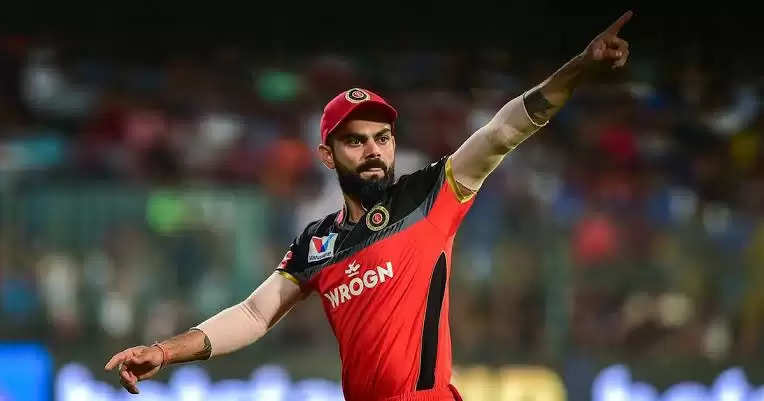 IPL 2020 Player Retention: While the Holkar Stadium in Indore was witnessing a hapless bunch of Bangladeshi fielders made to go on a leather hunt by the likes of Mayank Agarwal, Cheteshwar Pujara, Ajinkya Rahane, and Ravindra Jadeja, IPL franchises were busy finalising their last-minute transfers and releases ahead of the IPL auction 2020 which is scheduled to be held in Kolkata on 19th December.

While teams like Chennai Super Kings and Sunrisers Hyderabad sported a calm look by releasing the least number of players (6 and 5 players respectively), teams like Royal Challengers Bangalore (12), Kolkata Knight Riders (11) and Rajasthan Royals (11) released players in a spree in order to bring some fresh options to their setup to turn their fortunes in the next season. While some of the releasing decisions were on the expected lines, others raised quite a few eyebrows. Here, we take a look at 5 such player releases who deserved to be retained by their respective franchises-

IPL 2020 Player Retention: 5 Players who deserved to be retained by their respective franchises

IPL 2020 Player Retention: 5 Players who deserved to be retained by their respective franchises 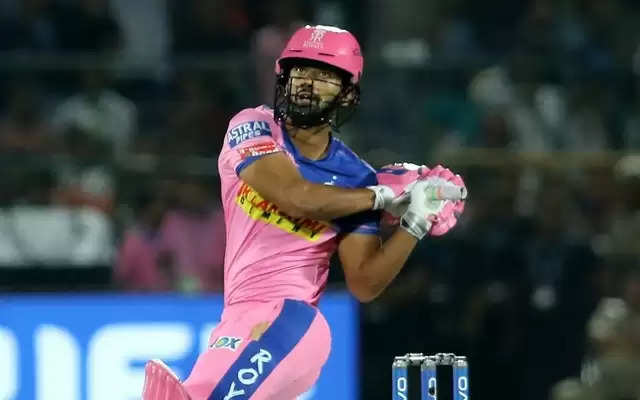 Rahul Tripathi first came into limelight in the 2017 season of IPL when his breezy starts upfront paved way for a dream-run for the eventual runners-up of the season – Rising Pune Supergiant. Tripathi tallied 391 runs from 14 innings in that season at a belligerent strike-rate of 146.44. The next season i.e. the 2018 season, saw the return of the erstwhile banned duo of Chennai Super Kings (CSK) and Rajasthan Royals (RR) into the IPL fold which resulted in Tripathi moving to the RR camp.

Tripathi, however, couldn’t replicate the success he had with the Pune franchise primarily because of the poor management of his abilities in the RR camp. He was mostly slotted into the middle-order, sometimes coming as low as the no.7 position, which resulted in his tally falling to 226 runs (from 12 innings) and 141 runs (from 7 innings) in the two subsequent seasons. Now with Ajinkya Rahane’s transfer to Delhi Capitals, the problem of slotting Tripathi in the batting order could have been solved easily by pairing him with Jos Buttler at the top which would have given RR an explosive all-attack opening pair capable of exploiting the powerplay restrictions to the hilt. 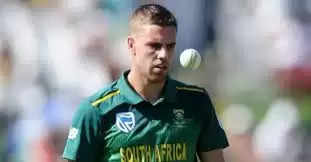 Kolkata Knight Riders (KKR) have released some of their big names into the auction pool ahead of this year’s IPL auction in order to build a more rounded side for the 2020 season. These biggies include the likes of Chris Lynn, Robin Uthappa, Piyush Chawla, and Carlos Brathwaite but the most unexpected release came in wake of the South African speedster, Anrich Nortje. Nortje was one of the promising buys of the last auction as his exploits in last year’s Mzansi Super League (MSL) had even AB de Villiers showering praise on the youngster.

Unfortunately, his IPL journey couldn’t take off last year as a shoulder injury ruled him out for the whole season. Nortje’s USP comes in the form of his ability to bowl consistently in high 140s. His 8 wickets from 3 games in last year’s MSL came at a very good economy of just 6.91 RPO and his short ODI career of 4 games also reflects a good start at the highest level. Bowling was KKR’s Achilles Heel last season and none of their bowlers featured in the top 20 bowlers’ list for the tournament. It is in this context that Nortje’s release comes a bit as a shock as he could have been a handy combo of pace and control in the next season. 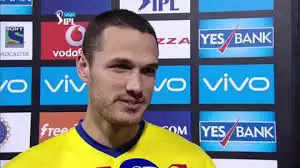 Bowling and Royal Challengers Bangalore (RCB) has always constituted an estranged couple yet the franchise has mastered the art of throwing some really unexpected auction-related decisions. The recently closed IPL trading and release window was no different as the Virat Kohli-led franchise let-go a key bowling asset in the form of Nathan Coulter-Nile. Coulter-Nile, who was bought for INR 2.20 Cr ahead of the IPL 2018, missed the 2018 tournament due to injury while a combination of international commitments and injury (again) were responsible for his second successive omission from the IPL arena in 2019.

His tryst with injuries may have prompted the RCB management to take the extreme step but it certainly dents the already infamous RCB bowling apparatus. While his international credentials are well-established, his ability to extract zip and bounce from the surface indicates a missed trick on RCB management’s part. 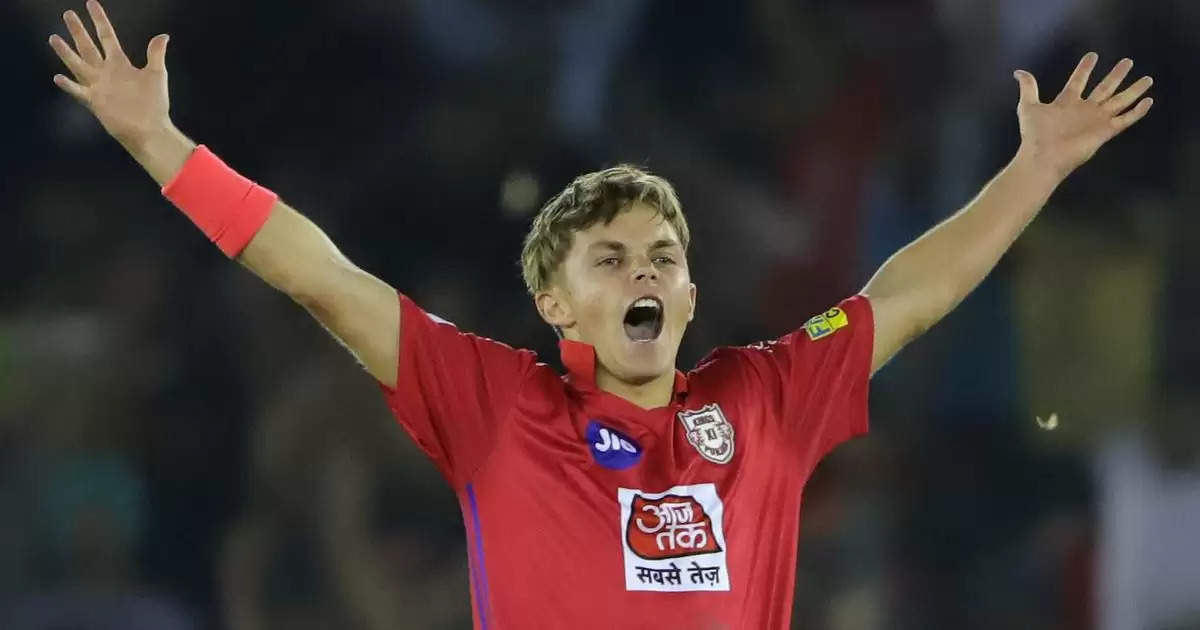 INR 7.20 Cr is a hefty sum of money especially when it’s a price tag for your services in the biggest T20 league on the planet. Sam Curran must be feeling the weight of that tag right now as, after just a single IPL sojourn, Kings XI Punjab (KXIP) have parted their ways from the English youngster.

Curran featured in 9 games for his franchise and finished as the third-highest wicket-taker with 10 wickets, including a hat-trick. He also averaged 23.75 with the bat for his 95 runs in the 8 opportunities (including a half-century) he got to wield the willow. Surely, these are not the numbers that will make you an irresistible asset, especially in a highly competitive franchise setup, but KXIP management could have been a little more patient in the case of the young English allrounder. 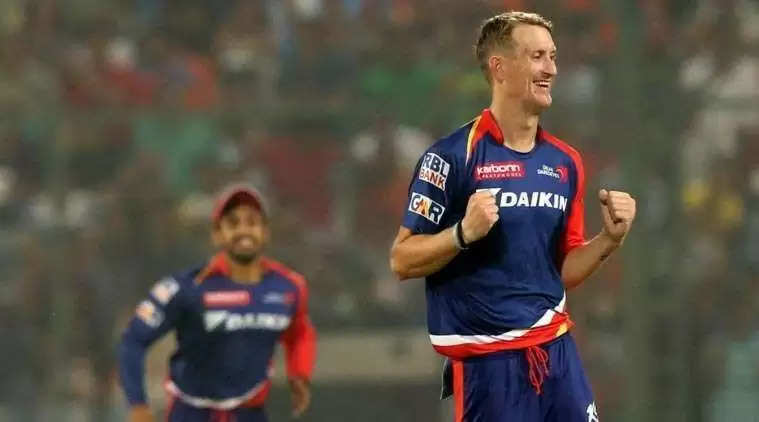 Morris’ utility, in any setup, lies primarily as a bowler who can deliver some really handy, but equally devastating, cameos with the bat lower down the order. In the last two seasons (just 4 games in 2018 and 9 in 2019), Morris hasn’t been able to do proper justice to the reputation that he carries in the global T20 circuit. Though he got 13 wickets from 9 games last season, his extravagant spending of more than 9 runs an over was way too strong to cast a blot on any significant contribution he made in the wickets’ column. His batting returns also didn’t inspire much confidence with just 32 runs from 6 journeys to the crease.

Such poor returns make a very compelling case for his exclusion from Delhi’s future scheme of things but his vast experience from various T20 Leagues could have still been considered, especially in wake of Trent Boult’s transfer to Mumbai Indians. With Boult gone, Morris could have come in handy for shouldering the bowling burden with his countrymate Kagiso Rabada. One more look for the man with 69 IPL wickets from 61 games along with an IPL batting average of 27 wouldn’t have been a too backward-looking step from the Delhi camp.