It’s time to switch Virat Kohli to No.5 in T20Is

For the first time in his illustrious career, Virat Kohli is experiencing signs of wear and tear to his game. In most cases, it’s a natural occurrence that comes about through years and years of toil at the highest level, constantly facing bowling of excellent quality. The body wears down, reflexes slow up against high […]
By Kashish Chadha Mon, 28 Feb 2022 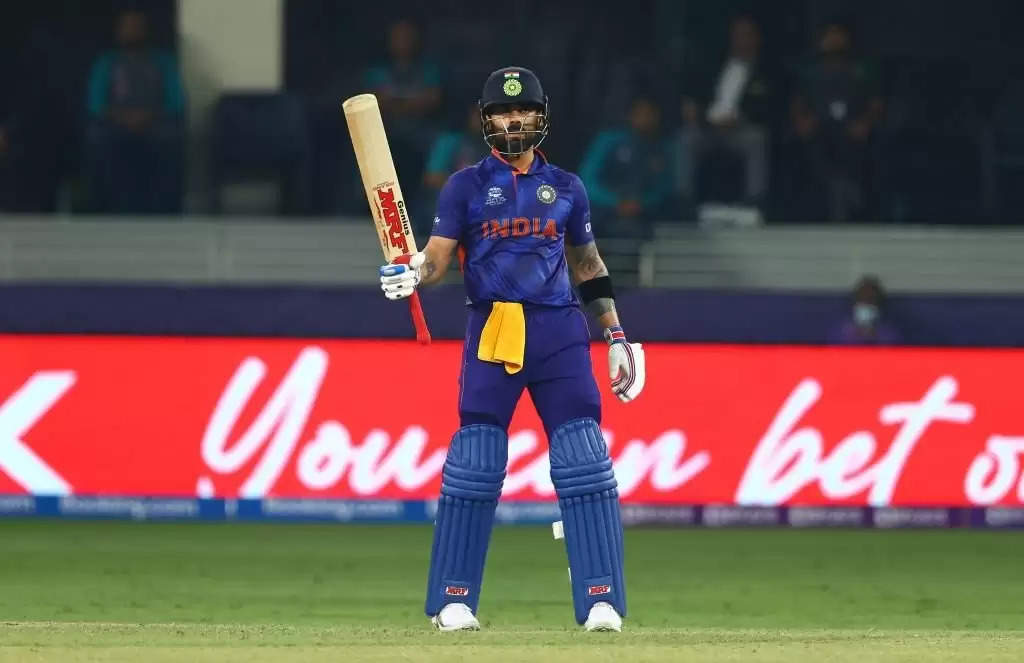 For the first time in his illustrious career, Virat Kohli is experiencing signs of wear and tear to his game. In most cases, it’s a natural occurrence that comes about through years and years of toil at the highest level, constantly facing bowling of excellent quality.

The body wears down, reflexes slow up against high speeds and you lose critical milliseconds of reaction time approaching the deeper side of your thirties. In this stage, most batters make certain compromises and look to cover up gaps to maximise what they have left.

But Kohli is 33, not 38, and in that, inarguably the fittest 33-year-old in world cricket. With him, it can’t be about reflexes, right? He was rushed into an Alzarri Joseph bouncer recently, but overall, facing pace has not been an issue even in this phase.

Pertinently in T20Is for India, against all pace since the start of 2020, Virat Kohli has a strike-rate of 157.87 while averaging 57.62. Those are numbers to envy for lesser batters, an incredible record that would dispel doubts or theory that Kohli might be losing sharpness to his eye and range against quick-bowling.

The anomaly of a left-arm pacer swinging the ball in and away at high speeds would catch most batters off guard. But numbers suggest, there isn’t much going wrong with Kohli’s T20I game against regular top-level fast-bowling.

A bottom-handed player, Kohli has always loved the ball coming onto his bat in T20 cricket. With a huge sample size of 76 innings, Kohli’s IPL record as an opener amounts to 2,750 runs at a strike-rate of 136.67. Bat him at 3 and it falls to 123.84 over 85 IPL innings. That is a stark difference and catches you by surprise for a player renowned for shepherding the middle-order, be it for India or for RCB.

The dip in returns from the top to the middle points to a pattern, which has become more apparent with time. When Kohli gets to warm into his innings against pace, with the ball coming on, he establishes control and command. But make him face spin at the start of his innings, his numbers fall off a cliff.

Also Read – Why Virat Kohli Should Be India’s Next Test Match No.5

Since the start of 2020, Kohli has had a pedestrian strike-rate of 103.58 against spin in T20Is for India, which jumps to only 105.35 in the IPL for this phase. It’s strange the pattern of decline with Kohli is working the other way around. It’s not pace that is troubling him but spin which is holding him back. 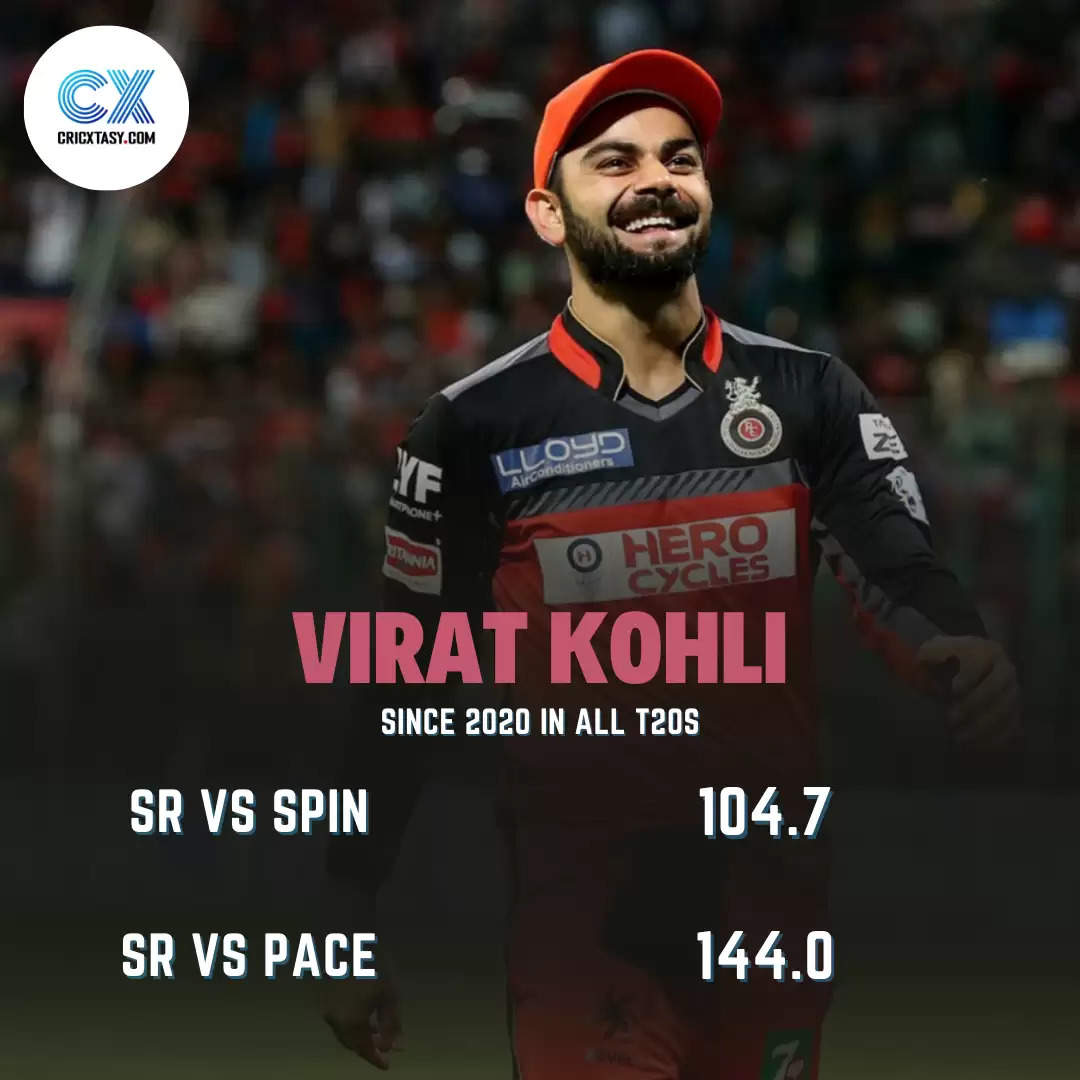 And worryingly, he has been failing against two most prevalent forms of limited-overs spin: wristspin and left-arm fingerspin. Against the former, Kohli has made only 115 runs from 113 balls in T20Is in this phase, while hitting just 66 runs off 56 deliveries versus the latter. The IPL throws up a greater sample size: against wristspin, Kohli has a strike-rate of 115.88 from 170 balls and an even worse, 94.92 from 138 deliveries since the start of 2020.

Now, last two editions of the IPL has seen RCB play matches on tough, spin-friendly neutral surfaces in UAE and India. But these are still eye-catching numbers, in that they concern a great player, whose developing a major gulf in his numbers against spin bowling.

One would understand issues against left-arm spin, for cramping Kohli for room from ’round-the-wicket’ was a ploy used to good effect even in days he was peaking. But wristspin, in its conventional form at least, takes the ball away from him, gives him space to free up his arms, and aim for the off-side. Picking the googlies has been a problem, but over such a large sample, you expect at least some parity in numbers.

All things indicate the need for a paradigm shift in the way Virat Kohli approaches his T20 game. He has already done that in the IPL, promoting himself up to open the batting, historically his most fruitful spot in the league. Kohli had hinted he would reciprocate in international cricket when India took on England last year. But as KL Rahul and Rohit Sharma form a solid pair at the top, the only window of opportunity left for Kohli to shuffle in the order is down, not up.

With Rishabh Pant likely to bat 4 to separate the two right-handers in the middle-order, it’s time for a swap involving Kohli and Suryakumar Yadav, who has generally batted five in his T20I career. Yadav has been fantastic over the last one year batting lower down the order but the need to maximise the resources command that he moves up the order and counter spin to allow Kohli to play more positive match-ups against pace in the last 10 overs of the innings.

Focus on batting scenarios, not batting numbers, has been a key feature of the new think-tank under Rahul Dravid. In Kohli’s case, those scenarios would be taken care of more consistently if he comes to the crease around 12-13th over mark, take a few balls to get in before exploding against pace. 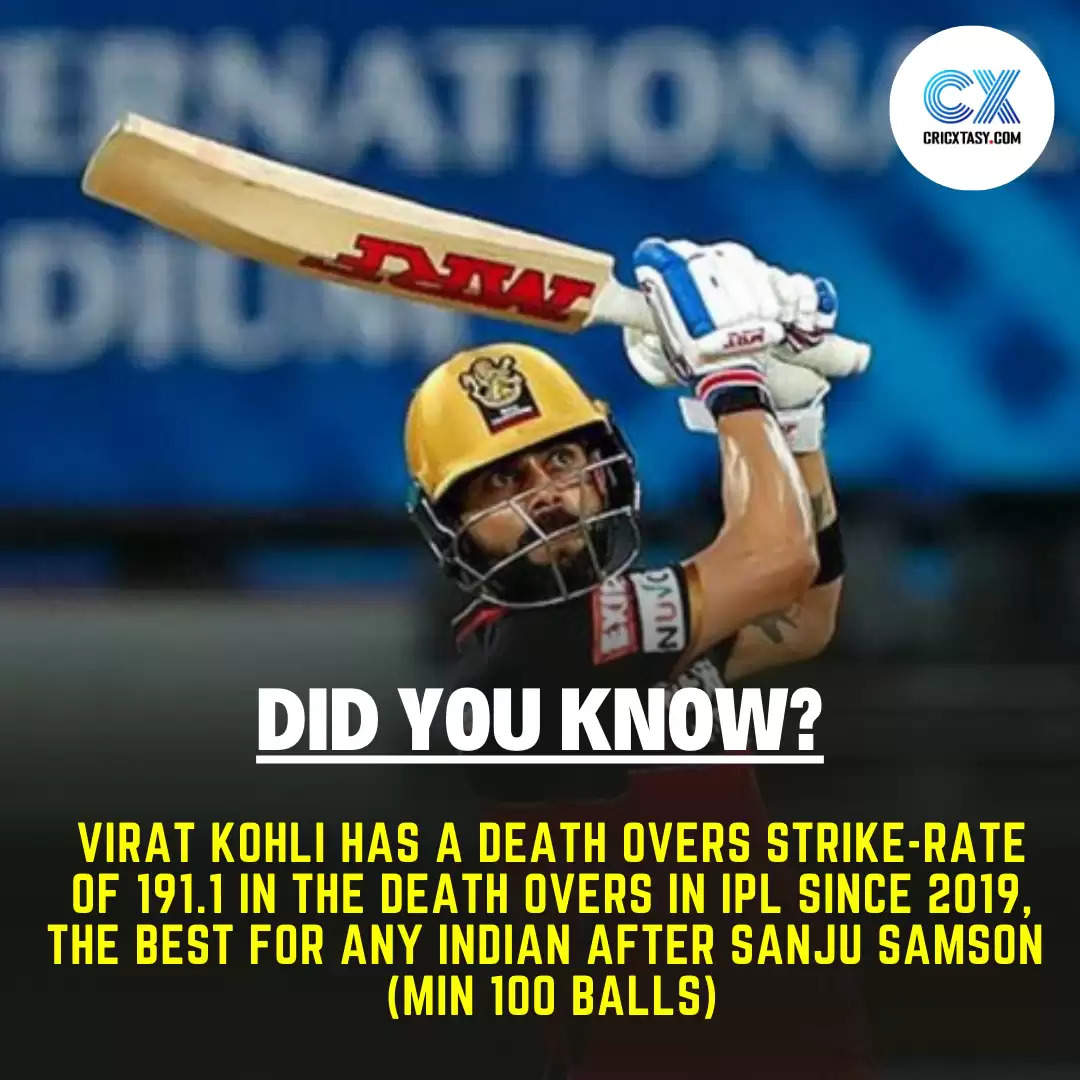 If opponents look to adjust their plans and reserve spin overs, then the likely presence of Hardik Pandya at 6 would still drown them. It’s a win-win thing. It ensures India are not only maximising the middle-overs but also allowing their great batter to stamp his authority where he best can. In overs 16-20 against pace, Kohli has a career T20I strike-rate of 197.77.

In Australia, on large outfields, Suryakumar at 3 and Kohli at 5 would help India tick off two important boxes: counter spin to stay in line for a sizeable score and multiply their boundary options in the end-overs. It’s not a compromise for one person but maximising the available resources and therefore, helping the team.

No individual is bigger than the team. We tend to forget it when we talk about great players and their difficult phases. Especially in today’s social media age, it’s almost become a bane to address the elephant in the room. But blindly following your cricket helps no one, certainly not the player you think you’re supporting.

In such a phase, the last thing Virat Kohli needs is to look past issues with his game, for that would only accentuate and elongate this phase. What Kohli needs is acceptance, including adjustments that would allow him to regain the lost control and command ahead of what would potentially be the great batter’s last T20 World Cup.

Jasprit Bumrah reveals what he likes about Rohit Sharma’s captaincy