Not very long ago, Jos Buttler was playing an absolute blinder in the IPL against the Kings XI Punjab. His team, the Rajasthan Royals, were cruising and it was proving to be a cracker of a contest. However, one moment, spurred by Ravichandran Ashwin, turned the game upside down, a moment that grabbed headlines across […]
By Anuraag Peesara Fri, 31 Jul 2020 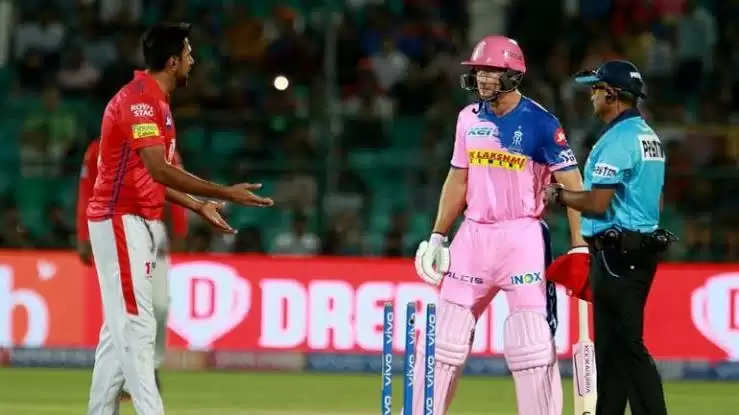 Not very long ago, Jos Buttler was playing an absolute blinder in the IPL against the Kings XI Punjab. His team, the Rajasthan Royals, were cruising and it was proving to be a cracker of a contest. However, one moment, spurred by Ravichandran Ashwin, turned the game upside down, a moment that grabbed headlines across all publications the following day.

Ravichandran Ashwin ran Buttler out at the non-striker’s end even before the ball was bowled. This mode of dismissal is named (by fans) after a legendary Indian cricketer, one which perhaps shouldn’t be used but is too deep-rooted to be uninstalled instantly, but we could start by not using that word. Some say this mode of dismissal is against the spirit of the game, a few add some weight to the point by saying Ashwin dummied Buttler by delaying his release was uncalled for.

But what about the fact that this kind of dismissal is legal according to the legally-approved laws of the game? Not the first time in this country we found something written in the law books which are deemed morally inappropriate, with great subjective scope for debate, yet we find a way to make them co-exist – Different in the book, different in reality.

In the process, players are left in a dilemma. Walking an extra yard or two before the ball is bowled is against the rules, and one need not explain venomously as to why it’s not correct. A bowler stepping out of the popping crease by a hair’s breadth costs an extra run and a free-hit, but it’s against the spirit if a batsman is penalized for the same.

Eventually, the concept boils down to punishing someone who crosses the line to gain undue advantage, but it’s right for one and immoral for another. This is what people say, despite a fact that MCC’s recently amended law 41.16 commands the batsmen to stay inside or pay the price.

The existing laws do a fair bit of justice to batsmen and bowlers, or it seems so on the outside, but there are plenty of things that still need to be addressed. Ravichandran Ashwin, who became a face of this mode of dismissal, who also has been a victim of many trolls, suggested a remedy for this situation, which to a great extent makes sense.

Parity needs to be restored between bat and ball: Ravi Ashwin

On his Twitter handle, the off-spinner suggested that that technology must be brought into the fray to identify excessive backing up. He reckons the third umpire (implied) should intervene every time a batsman is out of the crease at the non-striker’s end before the ball is bowled.

Just hope that technology will see if a batsmen is backing up before the bowler bowls a ball and disallow the runs of that ball every time the batter does so!!Thus, parity will be restored as far as the front line is concerned. #noball #dontbackup

He also suggested that runs scored on this delivery should be nullified or the bowler should be given a free ball. While he did mention the word “Free Ball”, he left people in splits by not explaining what he meant by it. It’s also worth noting that he used hashtags “No ball”, “Don’t back up”.

Many of you will not be able to see the grave disaparity here, so let me take some time out to clarify to the best of my abilities. If the non striker backs up 2 feet and manages to come back for a 2, he will put the same batsmen on strike for the next ball.

An idea that requires large scale implications, but an idea that cannot be deemed wrong entirely. While there will be people trying to stress on a fact that these few yards are too minimal and immaterial, one cannot forget a fact that World Cups have been won and lost by the “Barest of margins” as mentioned by Ian Smith.

Putting the same batsmen on strike might cost me a 4 or a 6 from the next ball and eventually cost me 7 more runs instead of may be a 1 and a dot ball possibility at a different batsmen. The same will mean massively for a batter wanting to get off strike even in a test match.

Impractical or a change that must be implemented?

As mentioned above, these are the laws that leave too much scope for a subjective debate, perhaps unnecessary ones. By implementing one of Ashwin’s suggestions to nullify the runs scored off a ball when the non-striker is out of the crease before the ball is delivered (even if it is a boundary), we also could be contemplating taking a mode of dismissal out of the game.

There is a scenario when one of these suggestions could come into the picture, especially the run-nullification aspect, but bowlers might not be able to dismiss even if they disturb the timber. This seems a rather fair agreement, as bowlers or batsmen will be penalized for overstepping, but the punishment doesn’t abolish them from the ground. The best outcome of this decision – The most overly used “Spirit of the game” arguments will be laid to rest, forever.

It is time to restore the balance in what is an increasingly tough environement for the bowlers. #thefrontcrease #belongs to #bothparties @bhogleharsha we can use the same tech that we are proposing for a no ball check 120 balls in a T 20 game.

As it stands, third umpire taking front-line no-ball calls is being tested in the shortest format, but that would rob plenty of resting time for the third umpires in the longer formats, as the attention required here would be a lot more than usual.

Would it be too much to ask for if the third umpire is made to check both the batsman and bowler’s positions at the time of delivery? Is it possible to allocate one of those responsibilities to the on-field umpires and the other to the TV umpire? Should officiating personnel be increased to avoid these controversies?

Plenty of alternatives can be put on the table to disallow batsmen budging past the pop-up line. This implementation increases the burden on officials (On and off the field), who already are under severe scrutiny these days and not many in the current scenario really rise up to standards that can be termed world-class. A new addition will only make their lives difficult.

Ashwin used the hashtags “Don’t back up”, now that’s impossible, isn’t it? A non-striker cannot just take from a stand-still position to running. It is imperative he remains in motion, but not to an extent where he is 3-4 yards off the crease at the point of release. Perhaps batsmen should be asked to control their movement in such a way that their running doesn’t get hampered, at the same time they abide by the line of control.

There’s nothing more important than establishing a balance in laws, which sees both batting and bowling parties treated equally, not just in the book, also outside of it. Perhaps the cricketing world has had enough of the reactive measures from, where they wait for a boundary-count rule to decide a World Cup, and then realize it is a foolish way to separate two sides.

We might never know what’s the precise thing that would be avoided by taking a proactive call on line-breaking scenarios, but surely, we will not have debates where one bats for the spirit of the game, and the opposing party abides by the law.