Creating a buzz around Test cricket with attractive marketing, similar to ODIs and T20s, is a must to change an established psyche among fans for the traditional format, India skipper Virat Kohli suggested on Sunday. In a euphoric response to the pink-ball contest, close to 50,000 fans attended India’s maiden day/night Test which had a […]
By PTI Mon, 25 Nov 2019 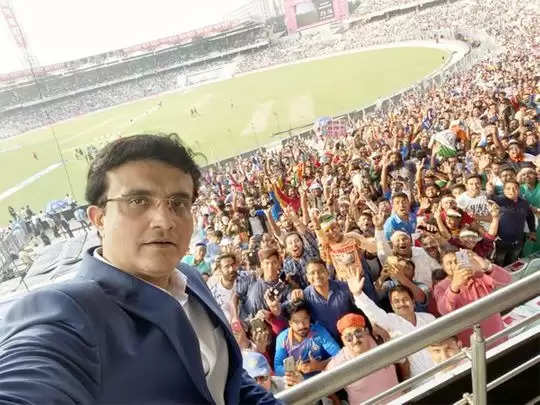 Creating a buzz around Test cricket with attractive marketing, similar to ODIs and T20s, is a must to change an established psyche among fans for the traditional format, India skipper Virat Kohli suggested on Sunday.

In a euphoric response to the pink-ball contest, close to 50,000 fans attended India’s maiden day/night Test which had a lot of activities on the sidelines.

“I think it’s very, very crucial to market Test cricket like we do for ODIs and T20Is. It’s not only the job of the players but it spreads out to the management the cricket Board and the home broadcasters about how you portray a particular product to the people,” Kohli said at the post-match press conference.

“If you create an excitement only around the T20 cricket and not much around Test cricket then in the psyche of the fans there’s already a certain template that’s established,” he added.

Kohli said Test cricket needs to be strengthened and suggested the idea of having interaction with the fans, especially school children during the games.

“I think if if there’s enough buzz created around Test cricket then there will be a lot more keenness to come to the stadium. Like you have in venues abroad, there’s something or the other happening, maybe a play area for games. Maybe schoolchildren could interact with Team India players during lunch.

“I think all these things will really bring that strength into Test cricket and people would want to come in and have an experience of a Test match. It should be an event where you come and experience cricket, not just sit there and watch in you know, hot conditions. So I think there has to be more for the fan. I totally agree with that and has to be marketed well.”

While there were doubts in negotiating the pink ball, Kohli was a delight to watch when he was at the crease. The skipper revealed that the iconic Sachin Tendulkar suggested a few alterations on the eve of the match.

“He made very interesting points that probably with the pink ball, you’ll have to treat the second session like the morning session, when it’s getting darker and the ball starts to swing and seam. So first session, you invariably play like you play from lunch to tea, in a normal timing.”

“The last session is like that evening session. So you’re planning changes, you know your declaration, strategy timing, everything changes as a batsman, your setup changes. So even if you’re set and you’re batting well, as soon as it gets dark and the lights are on, you know, you can be in trouble very quickly.”

Kohli went to bat under lights with the team 43/2 and he felt like smashing the ball straightway like he does in IPL games.

“Luckily, I went in when the lights were on, so I didn’t have to go through that transition, but I think that will be another challenge in future as well. But he under lights, it was a different experience. When I walked out, it felt like an IPL game atmosphere so you feel like smashing the first ball, but you have to remind yourself that you know you have to play compact,” he smiled.

Asked now that the India team has taken the pink ball plunge, will it be ready to play Tests under flood lights overseas, if a request come from Cricket Australia.