India have a tendency of producing some extremely talented batsmen who hog the limelight at a very young age. There have been many in the past and there are a few in the present as well. Prithvi Shaw is among those few in the present. Right from the time, he made 546 off 330 balls […]
By Sahil Jain Tue, 4 Feb 2020 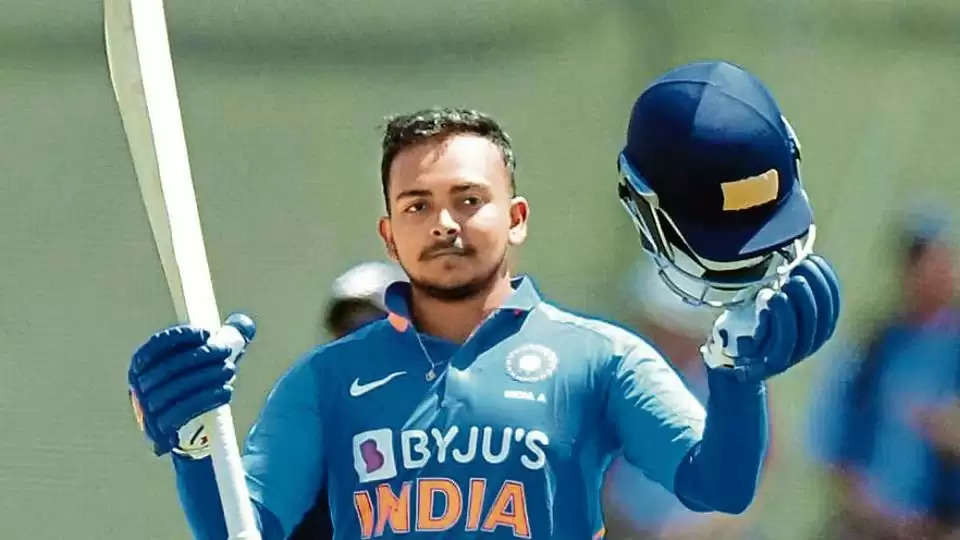 India have a tendency of producing some extremely talented batsmen who hog the limelight at a very young age. There have been many in the past and there are a few in the present as well. Prithvi Shaw is among those few in the present.

Right from the time, he made 546 off 330 balls in a Harris Shield game at the age of 14, he has made it a habit of hogging the spotlight. He led India in the Under-19 World Cup in 2018 where the team won the title. From that time, he was earmarked for higher honours.

That moment came later in the year in October 2018. He was included in the Test squad for the last couple of Tests in England in August-September in 2018 but didn’t play a game. Shikhar Dhawan’s poor returns put a temporary full stop to his Test career and brought Shaw to the forefront. He pipped Mayank Agarwal to make his Test debut against West Indies at home later that year. And boy, it was a debut to remember.

He smashed a ton on debut and had scores of 134 off 154 (on debut), 70 off 53 and 33 not out off 45. He deflated the West Indies attack and smashed them all over the park in Rajkot and Hyderabad. The Mumbai-born batsman had announced himself on the big stage. It looked like it was ‘Shaw’ time for India.

However, that’s when things turned upside down for the youngster. Shaw injured his ankle while fielding at the boundary in a practice game in Australia. He was first ruled out of the first two Tests before being ruled out for the entire series. That’s when Mayank Agarwal came to the fore and grabbed his chance with both hands.

The Mumbai youngster returned to action in the Syed Mushtaq Ali Trophy and looked good too. However, he didn’t get a central contract but there seemed to be no turning back. There were rumours around some disciplinary action around Shaw as well.

He blew hot and cold in the 2019 season of the IPL with the bat. There were flashes of brilliance including some low scores. However, the talent was evident. He was supposed to fly to the Caribbean with the India ‘A’ squads but a hip injury prevented him from doing so. And a month later, he was banned for violating the doping regulations. He was found guilty of taking terbutaline during a Syed Mushtaq Ali game at the fag end of the 2018-19 domestic season.

On July 30th 2019, BCCI banned him for six months with the suspension dating back and ending on the 15th of November. He did reveal that it was due to his cough and cold that he took some medicines and cough syrups and that may have ended up in him inadvertently consuming the banned substance.

However, Shaw spent time on the sidelines before returning with a bang in the Syed Mushtaq Ali Trophy in November 2019. He had said he’ll return ‘faster and stronger’ and he was true to his word. In his comeback game, Shaw smacked a 39-ball 63 and celebrated his fifty with a bat will do all the talking gesture. He wanted to make a statement and he did. The opening batsman smashed 240 runs in five games which included three half-centuries in India’s premier domestic T20 tournament. He continued that form in the Ranji Trophy as well as he smashed 66 and 202 on first-class return.

Welcome back! He is making a comeback today and @PrithviShaw makes it a memorable one with a fine-half century for Mumbai against Assam in @Paytm #MushtaqAliT20. pic.twitter.com/hiBfiElhed

Things were shaping up well once again and an India ‘A’ call-up was bound to happen before a shoulder injury almost put that in jeopardy. However, Shaw regained fitness in time and made his bat do all the talking once again. He had scores of 150, 48, 2 and 55 in the four fifty-over games that he played. With Dhawan ruled out, India preferred Shaw over Agarwal looking at the former’s ominous form and recent three months. And now, Rohit Sharma’s injury has opened the doors in Test cricket as well.

There’s absolutely no doubt that Shaw will be making his ODI debut and walking out to open the batting for India in the first ODI against New Zealand in Hamilton. A spot in the Indian Test XI is still some distance away and he may not get a direct shoo-in with Shubman Gill being on the fringes for quite some time now.

It’s been a rollercoaster 18 months for Prithvi Shaw. Life couldn’t have been more up and down for him over the last year and a half. Injuries, rumours of disciplinary issues, doping bans, animated celebrations on comebacks and now on the cusp of an ODI debut, the eyes are all on him.

There were fears that he might be going down the wrong path and the talent was getting wasted. But he’s come back strongly and has looked in fine touch. The promise is back again and it does feel like Shaw time again.