Bizarre: Bangladesh were forced back onto the field after celebrations due to keeping error

Bangladesh players had to return to the field after celebrating their win over Zimbabwe at the T20 World Cup.
By Kashish Chadha Sun, 30 Oct 2022 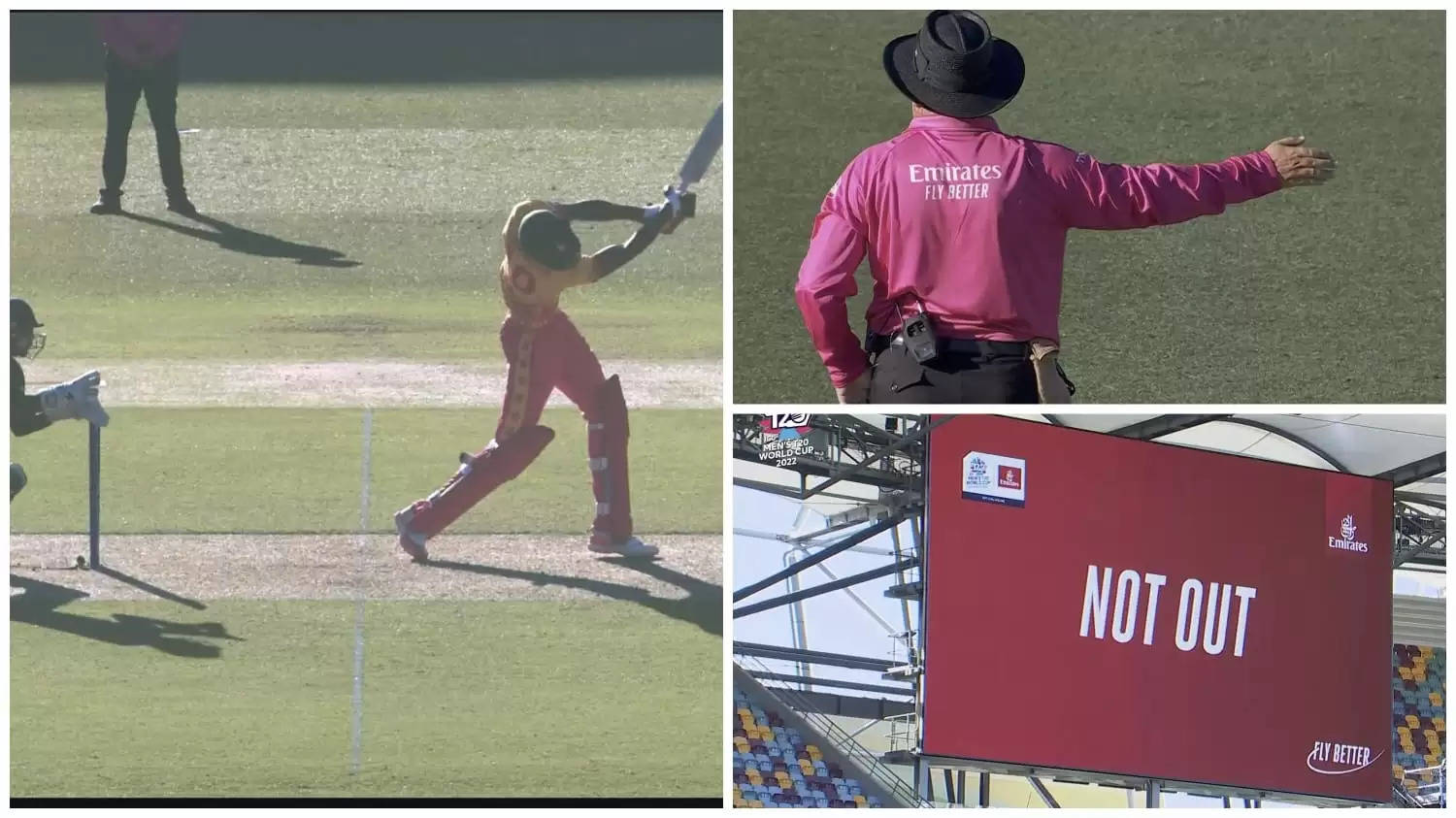 A rare Zimbabwe-Bangladesh major world event encounter ended in the most bizarre way possible at the Gabba.

The thrilling Super 12s clash between Bangladesh and Zimbabwe in Brisbane on Sunday (October 30) at the T20 World Cup 2022 came to a bizarre end. In an incident throwing light to another of cricket's rarely employed rule, Bangladesh ended up conceding a no-ball for their wicketkeeper collecting the ball infront of the stumps.

Eager to close out the proceedings under pressure in their favour, Bangladesh ended up delivering a no-ball and bowling a free-hit the following ball despite getting Zimbabwean lower-order batter Blessing Muzarabani stumped with 5 needed off the last ball.

Even as wicketkeeper Nurul Hasan got Muzarabani stumped after an attempted slog, he was penalised for putting his gloves infront of the three sticks.

It isn't yet clear if the Zimbabweans asked the umpires to verify the stumping or the match officials themselves instigated a quick check of the same.

Either way, we had the most bizarre end possible to a cricket match, wherein the winning side had to return to close out the proceedings officially.

As Muzarabani shaped up to play a slog ball facing part-timer Mosaddek Hossain, he ended up missing the shot completely and was duly stumped by Hasan from behind.

But the keeper's stumping act was proven unfair since when he collected the ball, his gloves were placed in front of the sticks.

That led to a no-ball, which was called with only the match officials standing on the field.

The Bangladesh players had crossed off the field when they were made to realise the stumping is being verified still. Even Muzarabani had moved off the ground and had to return all the way back to play out the final ball.

Unfortunately for Zimbabwe, he couldn't make the extra opportunity count still and Bangladesh ultimately prevailed in strange circumstances at the Gabba.