Ben Stokes proved to be England's big-night hero once again as they coast home to record another T20 World Cup title.
By Kashish Chadha Sun, 13 Nov 2022 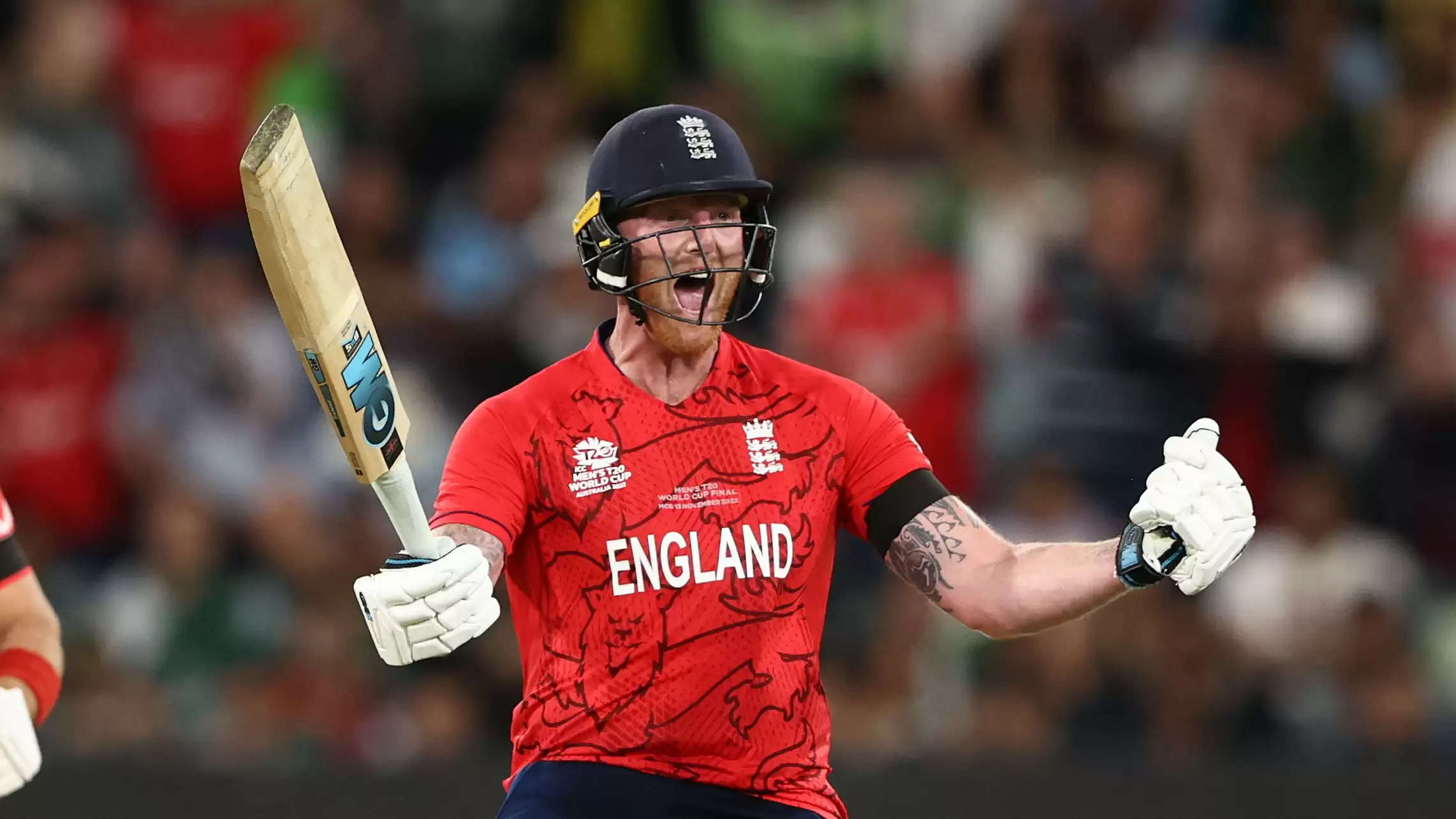 England were crowned men's T20 World Cup 2022 champions on Sunday (November 13) after beating Pakistan in the keenly followed tournament finale at the MCG.

The 2009 champions got hold of the coveted trophy one more time to announce themselves as world cricket's leading white-ball side, being holders of the 2019 ODI World Cup at the same time.

Overcoming the pressure of a high-octane final, England navigated through a tricky run-chase of the middling 138-run target on a spongy surface against a quality Pakistan attack. They had their stuttters but a measured knock from premier allrounder Ben Stokes held them in good stead through to the finish.

With England finding themselves 3 for 49 at the close of powerplay, Stokes struck a measured half-century, scoring an unbeaten 52 off 49 balls in an innings marked more by the pressure he absorbed and the skill he displayed than any extravagant strokeplay.

England didn't need Stokes to be aggressive but for him to bide the difficult middle phase through, keep their boat floating and he did exactly that to ultimately help them prevail over the spirited Pakistan side.

Deservingly so, Stokes hit the final run of the night when he swung pacer Mohammad Wasim through the line to the on-side and roared like a lion in front of a huge crowd at the iconic 'G'.

Like the afternoon at Lord's where England somehow kept New Zealand at bay in a thriller for the ages back in the 2019 World Cup final, Stokes proved to be their hero on the night at the MCG for the T20 World Cup 2022 summit clash.

The allrounder went through a difficult grind earlier in the competition, with people questioning his spot amidst sustained blip with the bat. But he came up with his maiden T20I half-century just at the right time to brush those aside and end as the T20 World Cup champion for the first time in his career.

The winning moments can be seen here.

The moment Stokes brought a close to the proceedings, the rest of the England side came running from the dugout towards him and together celebrated the winning moments for one of world cricket's most prestigious ICC trophies.