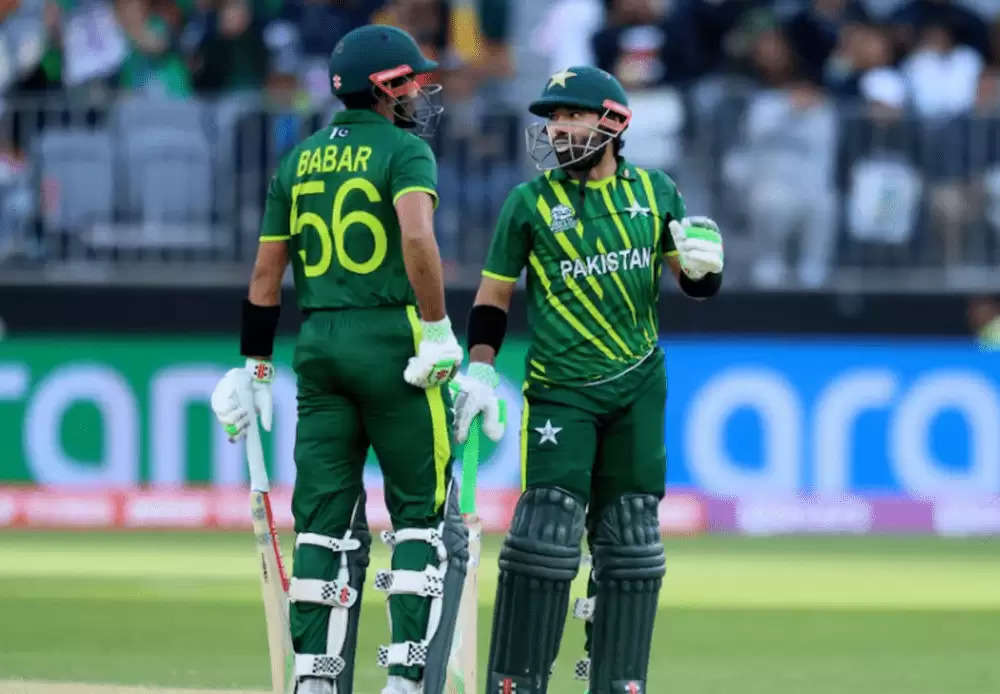 Matthew Hayden posed a strong defence of the underfiring Pakistan opening pair of skipper Babar Azam and Mohammad Rizwan in the T20 World Cup in Australia. The former Australian opener believes it's only a matter of time before the Pakistani duo comes out firing in the business end of the competition.

Hayden even cited the example of his great mate Adam Gilchrist's timely revival from a sustained dip during Australia's all-conquering 2007 World Cup campaign in the Caribbean. After struggling throughout the competition, the top-order maverick rose to the occasion of a final and produced a memorable hundred against Sri Lanka.

For Hayden, now Pakistan's batting mentor, there is a strong likelihood that Babar and Rizwan will come up with a similar statement with bat in hand come the semifinal clash against New Zealand in Sydney on Wednesday (November 9).

Speaking to the press ahead of the marquee fixture at SCG, he took Gilchrist's example to suggest he stands in firm backing of the Pakistani duo, whose approach with the bat in hand has fallen under scrutiny down to their failures at the T20 World Cup so far.

"Babar and Rizwan rightly are a number one combination. If I can take your minds way back to a different World Cup, that was the 2007 World Cup and Adam Gilchrist had a lean World Cup healed of that undefeated campaign for Australia," Hayden said.

"If you remember that last match against Sri Lanka, he went on to score an incredible hundred and realised his potential in that tournament and awakened the world once again to the fact that he was such a premium batsman in that format of the game."

Hayden said the pressure created on Babar-Rizwan duo shall hold them in good stead as it is expected to spur them on ahead of the big night at SCG. He stressed on the idea, stating with confidence one shouldn't feel surprised if both the players come up with the "fireworks" against New Zealand.

"And don't be surprised whatsoever if you don't see some fireworks because very special players don't often stay down for long," he added.

Hayden maybe standing firm behind them but the question marks raised on Babar Azam and Mohammad Rizwan hold a lot of strength. Five games into Pakistan's resurgent campaign, the two players are carrying horrible strike-rates of 61.90 and 100, respectively. While Rizwan's technique and range has stood exposed in Australian conditions, Babar has been desperately searching for form.

On Babar, a modern-day giant for Pakistan, Hayden said the player is working extensively hard in the nets and it is only a matter of time before he delivers something "very special". Hayden said so in response to a query around the captain's game, seen closely supervising his net sessions over the past few weeks.

"We all know that in any given career, you have significant moments of ups and downs. And the challenges and the humps along the way, they cement you and your greatness, how you achieve under adversity. There's no question that Babar has been under some adversity. That will make him not only an even greater player."

"There's lots of people that talk, but those of us that have been in the changing rooms with Babar and realize that cricket, when it's all said and done, is a very difficult game. You can't continue to keep on punching out hundreds and 50s and strike rates of 140-plus."

"There's got to be moments in time where there's a lull. And as we all know about the weather, once there's a lull, there's often a storm that follows. So look out, rest of the world, because I think you're about to see something very special from Babar," he added.