Melbourne Live Weather and Rain Forecast - Will the T20 World Cup 2022 Final be washed out?

A look at the weather forecast in Melbourne ahead of the T20 World Cup 2022 final between England and Pakistan to be played on Sunday, November 13.
By CX Staff Writer Sat, 12 Nov 2022 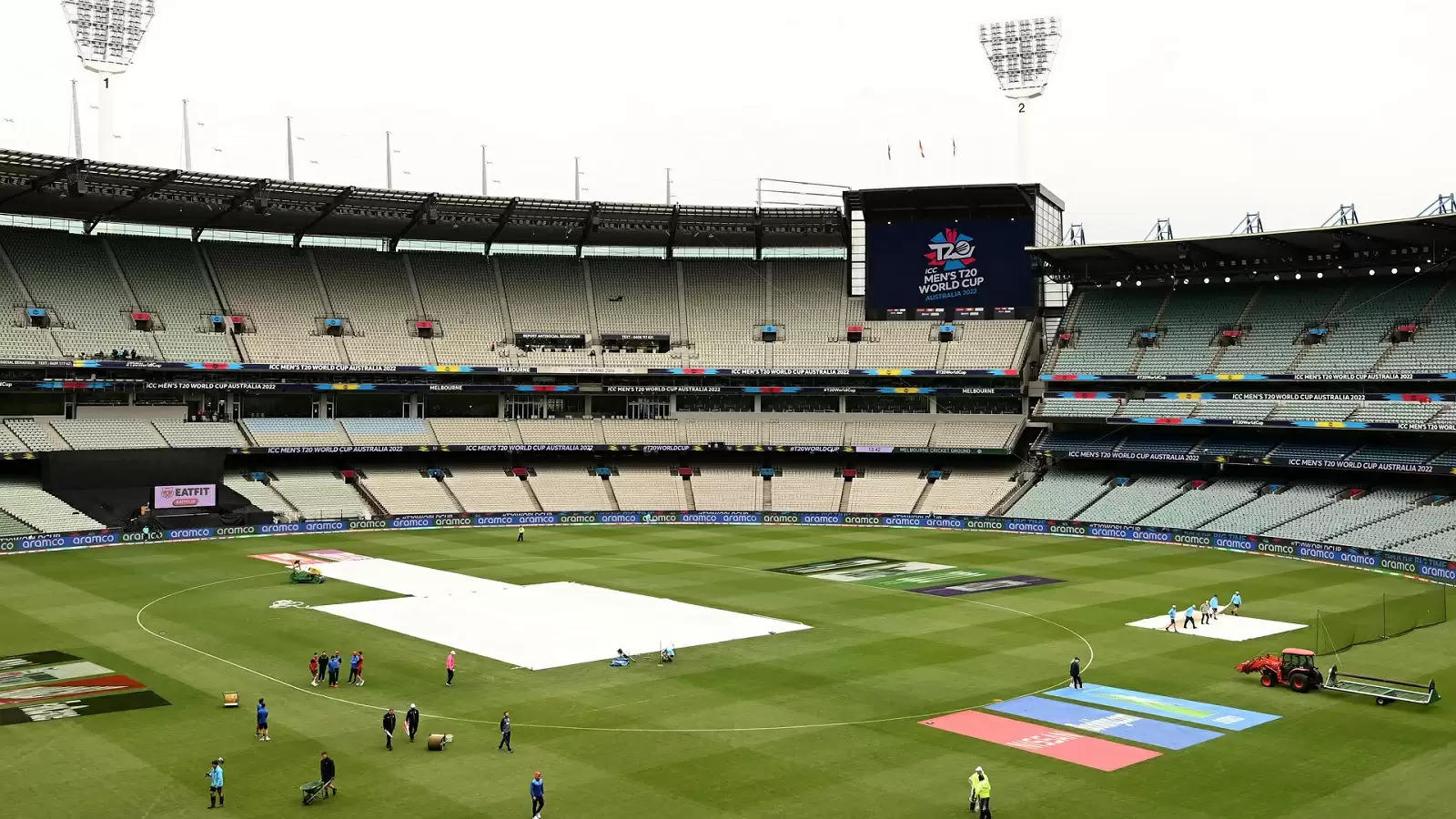 As many as three Super 12s matches were washed out with rain in Melbourne.

Rain is likely to play a spoilsport in the T20 World Cup 2022 final between England and Pakistan to be played at the Melbourne Cricket Ground on Sunday, with the weather forecast in the city not so promising over the next two days.

As per Australia's Bureau of Meteorology, there is a “100% chance of rain with 10-20mm expected including the chance of a thunderstorm, possibly severe with heavy falls."

A minimum of 10-overs per side is required to determine a result for the contest, contrary to the five-overs-a-side cut-off for the Super 12s games.

There is a reserve day in place (Monday, November 13), should the need arise, with an additional two hours allotted. The match can be played over the course of two days if the toss happens on Sunday, as was the case in the 2019 World Cup semi-final between India and New Zealand in Manchester three years ago. England and Pakistan would be named the joint winners if no result is obtained over the course of two days.

However, the forecast on Monday isn’t promising either, with a 95 per cent chance of rain (5-10mm) expected. Notably, three Super 12s matches at the venue were washed out with rain, including the one between hosts Australia and eventual finalists England.

England thrash India by 10 wickets to race to the finals at the MCG 💥#INDvENG #T20WorldCup pic.twitter.com/sk5qticOkb

England had suffered a five-run defeat (DLS) to Ireland in a rain-marred clash, which stiffened their progress to the semi-final.

The two captains are aware of the scenario ahead of the title clash, while in hope for a full 20-overs contest.

"Obviously, the Ireland match is a big disappointment for us as a team throughout this tournament, but certainly feels like a long time ago now," England skipper Jos Buttler said on Saturday. "Being able to sit in this position on the eve of the World Cup final, I think we will have learned quite a few lessons throughout that game and actually, the lead-up into the game.

"The weather around Melbourne was dominating the whole tournament at that stage and was definitely a distraction at times."

ALSO READ: Jos Buttler on England's two-coaches formula: 'something other teams may also look at'

"We discuss the weather situation of course, but we don't focus on it," Babar Azam, the Pakistan captain, said. "We're focused on getting a full game in. It's a World Cup final, so getting a part-game in or not getting one at all would be disappointing. We're aiming to execute regardless of how long it is, but I'm really looking forward to getting a full game in."

England are also keenly waiting on the availability status of speedster Mark Wood and top-order batter Dawid Malan, both of whom had sustained injuries during the last Super 12s clash against Sri Lanka last week. Phil Salt and Chris Jordan had replaced the two in the semi-final against India.