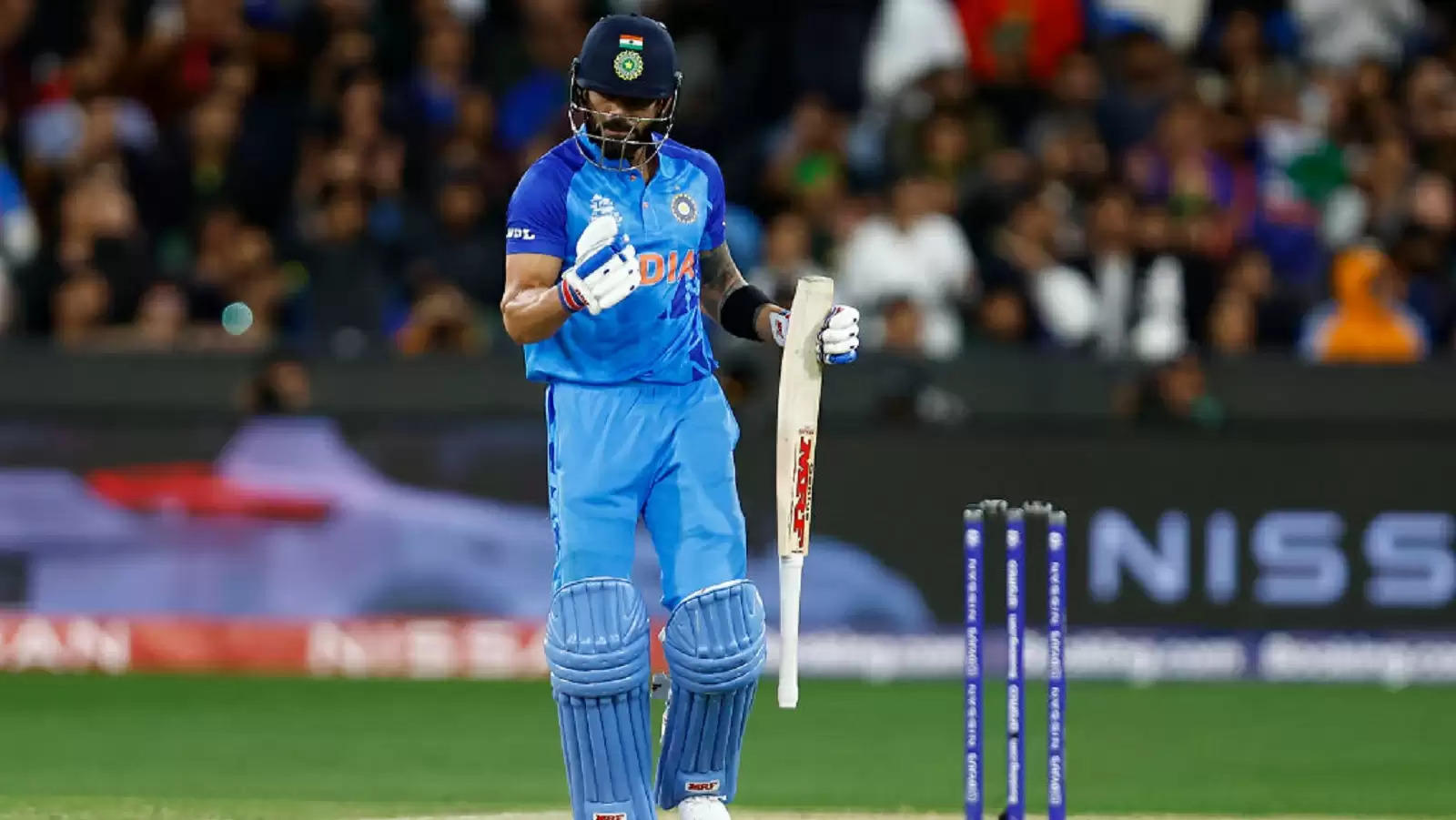 Kohli is set to take part in India's semi-final against England on Thursday.

Virat Kohli is someoone, who prefers to give it his all and sweat it out in the nets before every match regardless of the nature of the tournament.

On Thursday, November 10, Kohli was seen batting in the nets prior to India's Super 12 match against Jos Butttler's England at the Adelaide Oval.

Kohli can be seen playing his shots with utmost ease, showing the tremendous form he is in of late, especially in limited-overs cricket.

Before the Asia Cup earlier this year in the United Arab Emirates (UAE), Kohli wasn't getting a whole lot of runs. However, an unbeaten 122-run knock against Mohammad Nabi's Afghanistan at the Dubai International Cricket Stadium helped his regain his form.

Praise for Virat Kohli from some stars of the game! 🤩😍

From there on, he has been unstoppable. After becoming the second-highest run-scorer in the Asia Cup, Kohli has carried his form to the T20 World Cup as well.

In the mega event on Australian soil, Kohli is the leading run-scorer, having already scored three half-centuries with a top score of 82 not out against Babar Azam's Pakistan on October 23 at the Melbourne Cricket Ground. The innings had revived India from 31/4 in their chase of 160, and helped them achieve the target off the last ball in a nail-biting finish. Kohli labelled it as his best T20I innings.

"Till today I have always said Mohali was my best innings, against Australia: I got 82 off (51). Today I got 82 off 53. So they are exactly the same innings, but I think today I will count this one higher because of the magnitude of the game and what the situation was," Kohli had told Star Sports after the match.

Recently, Kohli also became the first Indian to score 1000 runs in the history of T20 World Cups, after which he surpassed the legendary Mahela Jayawardene as the all-time top run-getter in the competition's history.

Apart from the matches against South Africa, the 34-year-old batter has looked in sublime form. Kohli had scored fifties against the Proteas and the West Indies back in the semi-finals of the 2016 and 2014 edition respectively, making him one of the three batters to have two T20 World Cup semi-final fifties alongside Chris Gayle and Daryl Mitchell.

Kohli is also within touching distance of becoming only the first batter to score 4000 runs in T20Is. The right-hander needs only 48 runs to get to the milestone.