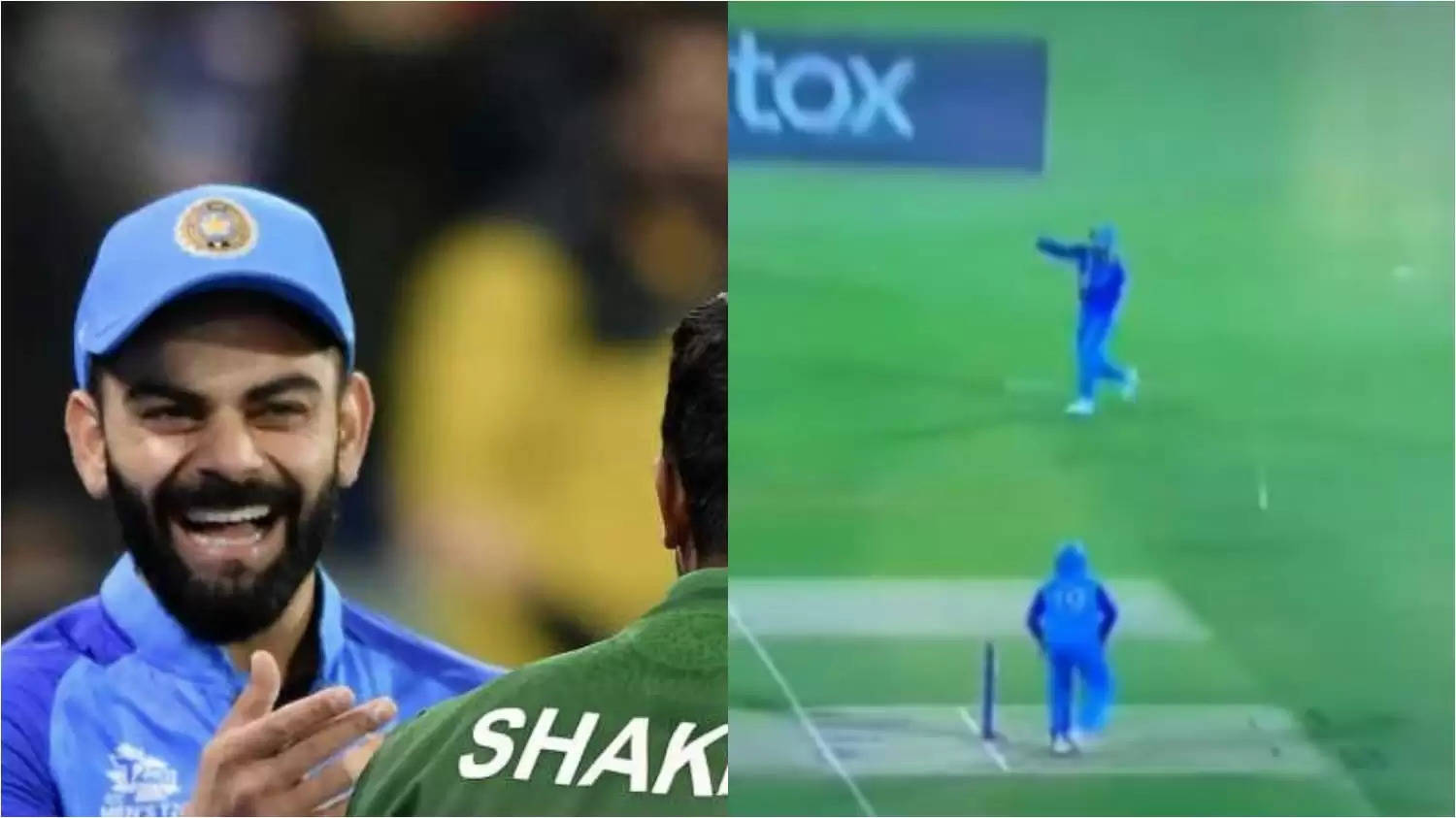 Virat Kohli feigned a throw from the close to the surface during the seventh over of the Bangladesh run-chase.

The umpires may have failed to spot it, but in a video doing the rounds over Twitter, one can see why Bangladesh wicketkeeper-batter Nurul Hasan accused Virat Kohli of 'fake fielding' during his team's crucial Super 12s clash of the T20 World Cup 2022.

The incident could easily have cost India a five-run penalty and proved to be the difference in a rain-marred fixture that was decided by five runs at the Adelaide Oval on Wednesday (November 2). But neither the on-field umpires noticed it nor did Bangladeshi batters Liton Das and Najmul Hasan Shanton made a point to complain about it to the officials.

Later Nurul talked to the press and revealed he saw Kohli fake fielding a throwing attempt during the seventh over of the Bangladesh run-chase. As Das tapped left-arm spinner Axar Patel to the deep point region for a two, fielder Arshdeep Singh sent in a throw towards wicketkeeper Dinesh Karthik.

At the same time, placed at point, Virat Kohli was seen faking a throw towards the non-striker's end, threatening to run out Shanto even as he didn't hold the ball in his hand. It looked all too casual on Kohli's part but his act amounts to 'fake fielding' in cricket's laws.

As per Cricket's Law 41.5 which pertains to unfair play, there is a prohibition on  "deliberate distraction, deception or obstruction of [the] batter" and if an act on the part of the fielding team is found to have breached the law, the umpires can deem the delivery dead and award the batting side a five-run penalty.

"We all saw that it was a wet ground. Eventually, when we talk about these things, there was also a fake throw. It could have been a five-run penalty. That also could have gone our way, but unfortunately, even that didn't materialise," Nurul told the press after India's five-run victory in Adelaide.

This is the fake fielding that umpires "Didn't notice ".#INDvsBAN pic.twitter.com/7lRN1EEUoh

The replay, had the matter been complained over by Bangladesh, could easily have been interpreted as a deliberate attempt at deception from Kohli by the standing umpires considering that he made feigned his throw at the non-striker's at exactly the time Arshdeep's throw passed him.

That could've distracted the Das-Shanto opening pair and resulted in a run-out, which would've been deemed illegal on an instance of a fake fielding and given their side a five-run penalty without the ball being counted.