Virat Kohli found himself down after receiving a terrific yorker from England seamer Chris Jordan at the Adelaide Oval.
By Kashish Chadha Thu, 10 Nov 2022 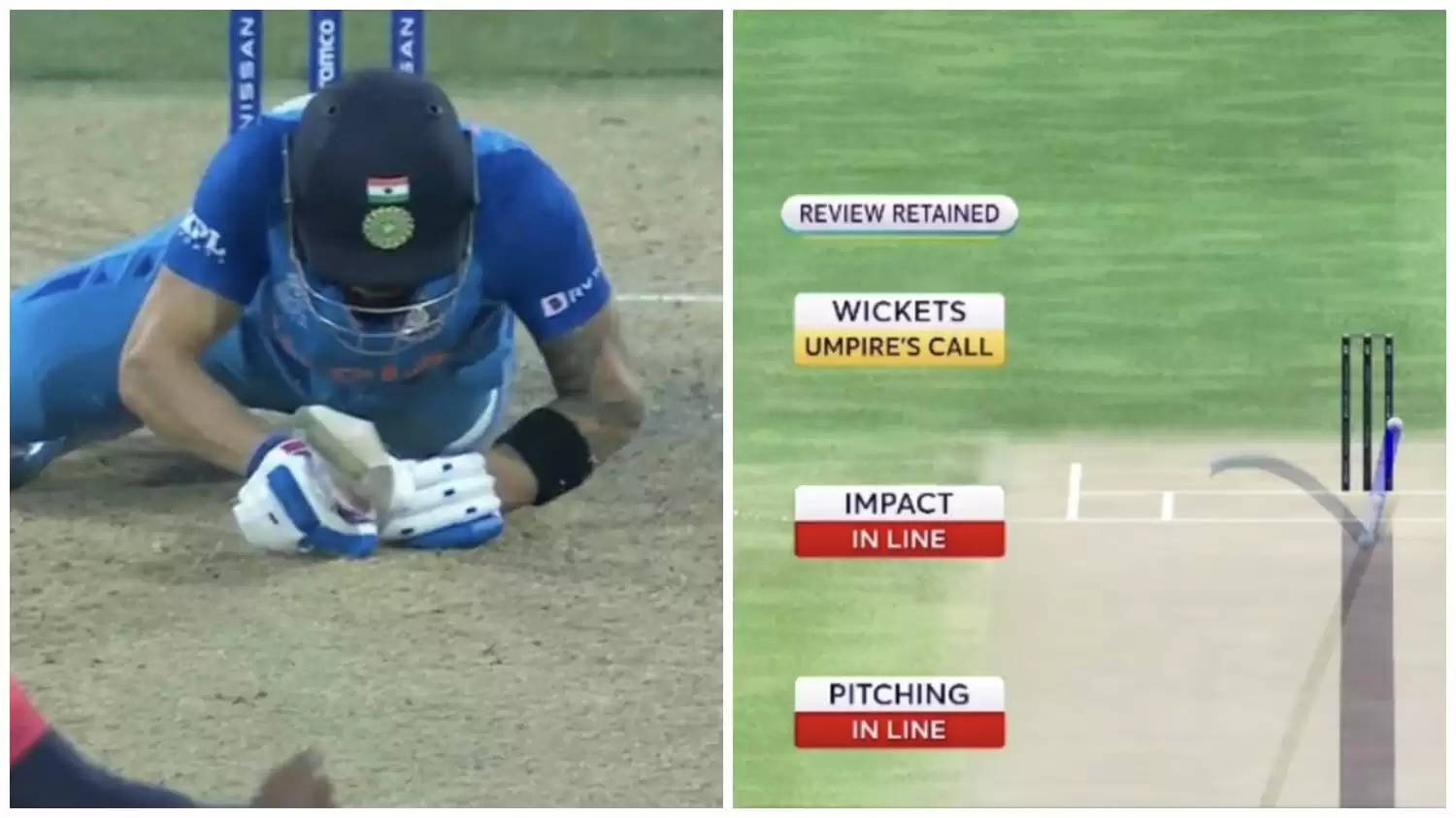 The whole of India skipped a heartbeat when Virat Kohli fell off a terrific yorker from Chris Jordan in the T20 World Cup semifinal on Thursday (November 10) at the Adelaide Oval. The Indian batting great failed to connnect Jordan's pinpoint accurate full-pitcher and fell on his haunches for a brief.

That led Jordan and the rest of the England fielding unit to erupt in an LBW appeal, giving Kohli and the Indian team a few nervy moments before the standing umpire refused to raise his finger.

Umpire Paul Reiffel perhaps identified it to be a case of ball going down leg upon impact and decided to give it not out. His decision was later vindicated by the technology, as England's review showed the ball to have made insignificant contact with the stumps on hawkeye.

The DRS asked for the 'umpire's call' to be stuck by, giving Virat Kohli a reprieve. But the rare sight of Kohli falling after being undone by an exceptional yorker made for some viewing under lights at the Adelaide Oval.

The little incident took place on the second ball of the 16th over in Indian first-innings batting effort. Facing Jordan with the intention to hit him square on the leg-side, Virat Kohli got his downswing just a little wrong to an incoming full-pitcher from the England right-arm seamer.

The ball thudded onto Kohli's frontpad, leading the entire England team to go up in appeal for an LBW, on which umpire Reiffel remained unmoved. That urged England skipper Jos Buttler to opt for the review, but there as well the three lions had no relief since the ball-tracking technology predicted insignificant contact with the stumps.

Either way, Jordan's special ball to Kohli made for spectacular viewing, with the great batter, for once, being undone by some outstanding execution from the opposition in a tournament where he has been a dominant figure for India with the bat.

Even when the LBW shout came to light, Kohli was 43* off 35, adding to his runs tally as the numero uno batter of the T20 World Cup at the end of the Super 12s stage.