Watch: Virat Kohli hit by Harshal Patel in India nets ahead of semi-final vs England

The Indian great walked off the net session after feeling pain off a blow from one of the Harshal Patel deliveries at Adelaide Oval.
By Kashish Chadha Wed, 9 Nov 2022 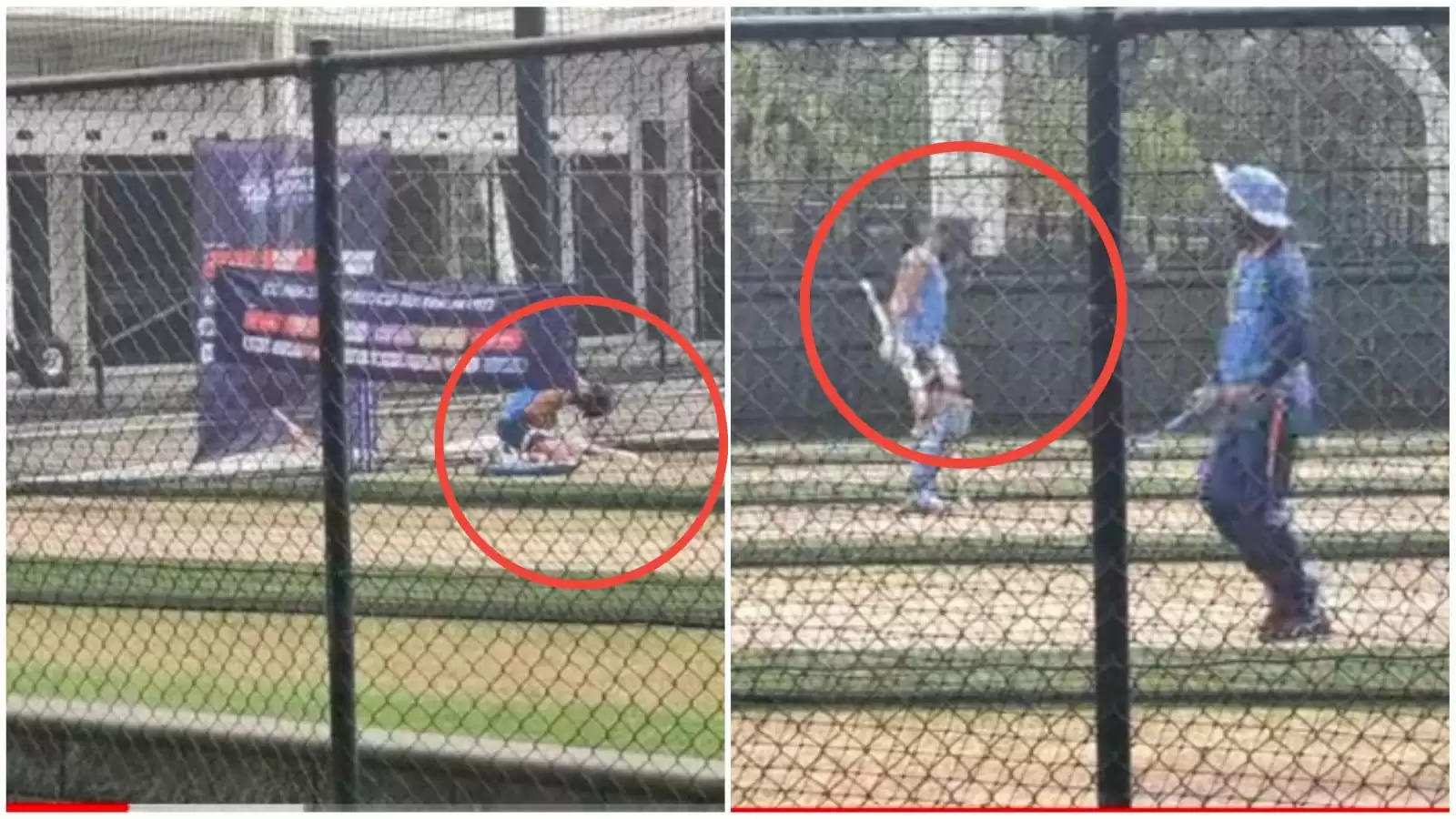 Billions of Indian fans skipped a beat when news came to light that Virat Kohli had been hit by a delivery from teammate Harshal Patel in the nets on the eve of the T20 World Cup 2022 semifinal against England.

Practising hard at the Adelaide Oval nets, Kohli was seen in excruciating pain after one of Patel's deliveries hit his right-hand. The batter went off the nets for a while after the blow to receive immediate medical treatment.

The incident was captured in a YouTube clip posted by journalist Sandipan Banerjee and happened when Virat Kohli shaped up to play Patel's incoming ball onto the leg-side. He missed the ball and received it right on his right-hand wrist, before instantly falling down in pain.

The Indian great still tried to continue the net session but could face only one more ball as the pain off the blow dictated he better left the practice session and got the necessary treatment.

Virat Kohli gets hit in the nets before England semifinal

Virat Kohli walked out of the nets soon after the blow and was seen briefly talking to India head coach Rahul Dravid and batting coach Vikram Rathour about the blow. The batter didn't seemingly want to take any risks with a potential injury before a marquee knock-out game against England for which India will desperately need him.

Kohli smartly walked off and attended the medical staff. But the incident sent shock waves among the passionate Indian fanbase, which is anticipating fireworks from the former India skipper against the Englishmen.

In the latest update, however, it is understood that Kohli is doing "fine" now as he returned to the sidelines of India's practise session and took selfies with his fans in Adelaide. That would've been a sight of relief for everyone involved as the last thing India could afford is to walk into a T20 World Cup semifinal without Kohli, especially as his favourite Adelaide Oval.

The player has been in terrific touch ever since his arrival Down Under and currently stands at the top of the tournament runs chart after three fifties in five games during the Super 12s stage of the competition.