Watch: Jos Buttler irked by journalist's remark on form; smiles it off with smart reply 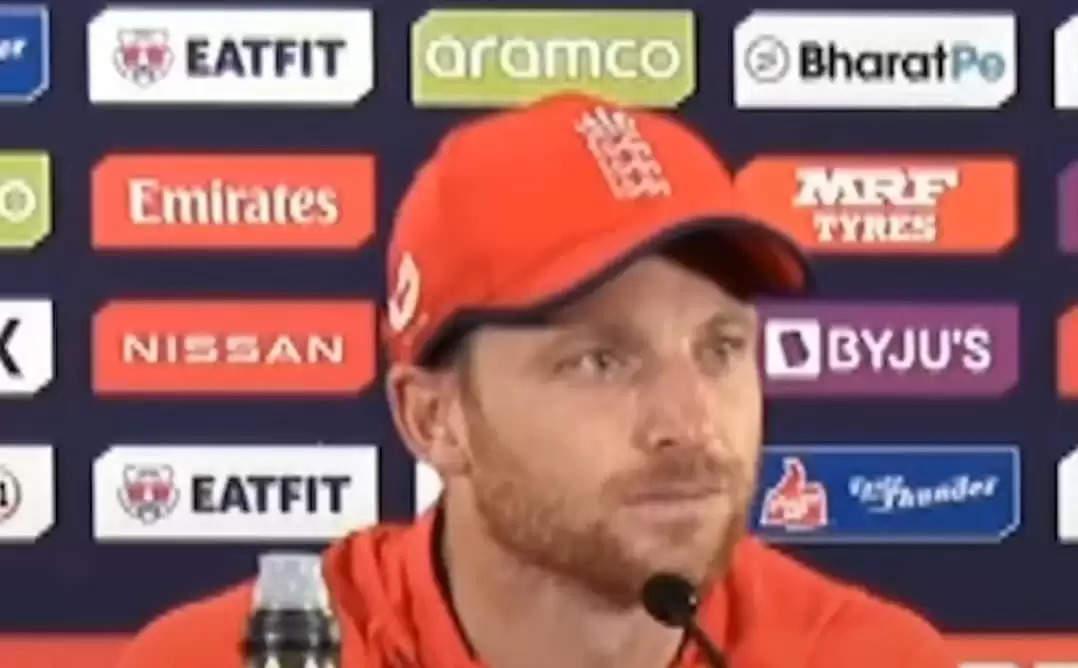 England defeated New Zealand by 20 runs to stay alive in the race for semi-finals.

England defeated New Zealand by 20 runs to stay alive in the ongoing T20 World Cup in Australia on Tuesday (November 1). Their skipper Jos Buttler was the man who set the base for his side with a 73-run knock off just 47 balls with seven fours and two sixes. Deservedly, Buttler also won the Player of the Match award for his excellent knock.

Buttler was also due to play a big innings for England after not returning with big scores in the earlier two matches. After the match, a journalist asked Jos Buttler a question related to same while asking about returning to form indirectly that clearly didn’t impress the England skipper.

“Just on your knock as well, nice return -- I suppose there was only two matches, but like a good knock to sort of underpin the side's total?” the journalist asked.

Buttler was visibly irked by the question related to his form and smartly asked the journalist if he was asking about the same. At the same time, the England captain also admitted that he got lucky in the middle on the evening with New Zealand dropping his two catches. However, he was delighted to have finally contributed to the team’s total.

“You wanted to say return to form there, didn't you? It's tough to please you guys sometimes. No, got a bit lucky, and I felt really good in the middle, enjoyed it. I think a lot of the time watching is harder. You just want to be in the middle and have some semblance of control. Felt in a really good place in the middle today,” Buttler said.

I thought 170 would be a really good score, says Jos Buttler

As for the match, Jos Buttler stated that he felt 165-170 would’ve been a very good score batting first. However, he was worried about the dew that was expected to make an appearance. But the way Moeen Ali extracted the turn from the surface in the first over assured the England skipper that it won’t be easy for New Zealand to chase 180.

“Yeah, I thought we did. I was sort of aiming, sort of 165. I thought, if we could get up to 170, I thought it would be a really good score. The only thing I was worried about was if it got really wet and the wicket changed. But Moeen Ali's first over showed it was going to be tough for New Zealand to chase those runs,” Buttler added.

How Jos Buttler Switches Between Clark Kent and Superman