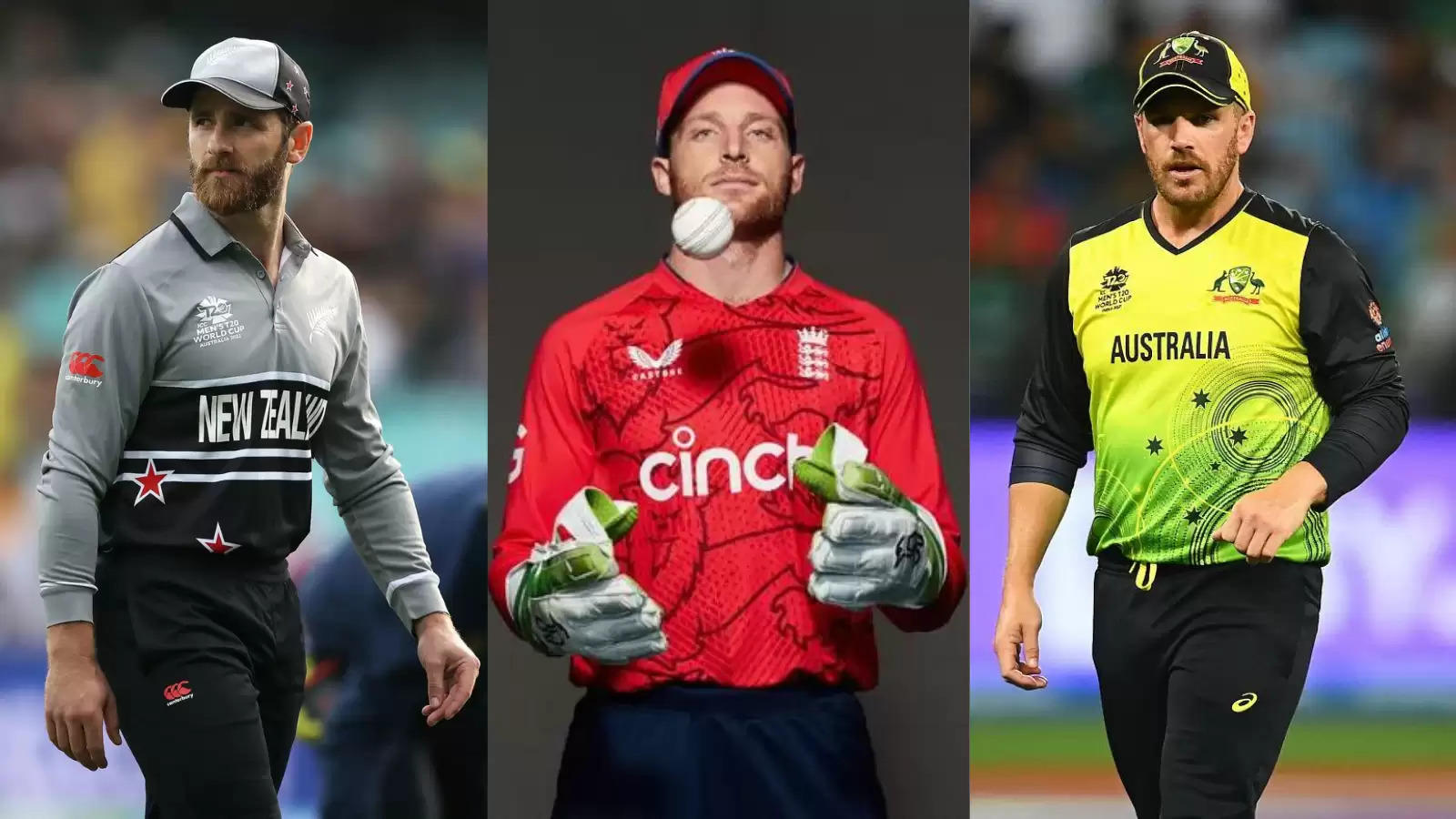 New Zealand are nearly through to the semi-finals for the fourth straight time.

The T20 World Cup 2022 Super 12s round is nearing an exciting finish, with quite a few remarkable results and washed out games making for a real tight race to the semi-finals.

The Group 1, featuring the defending champions and hosts Australia and last year’s runners-up New Zealand is nearing a tight finish. Afghanistan’s six-wicket defeat to Sri Lanka in Brisbane on Tuesday, November 1, has knocked them out of the race to a final-four, while England’s 20-run win over New Zealand at the same venue has helped them redeem their campaign.

Here’s how the standings look at present, and how the remaining matches would determine the two semi-final spots from the group: 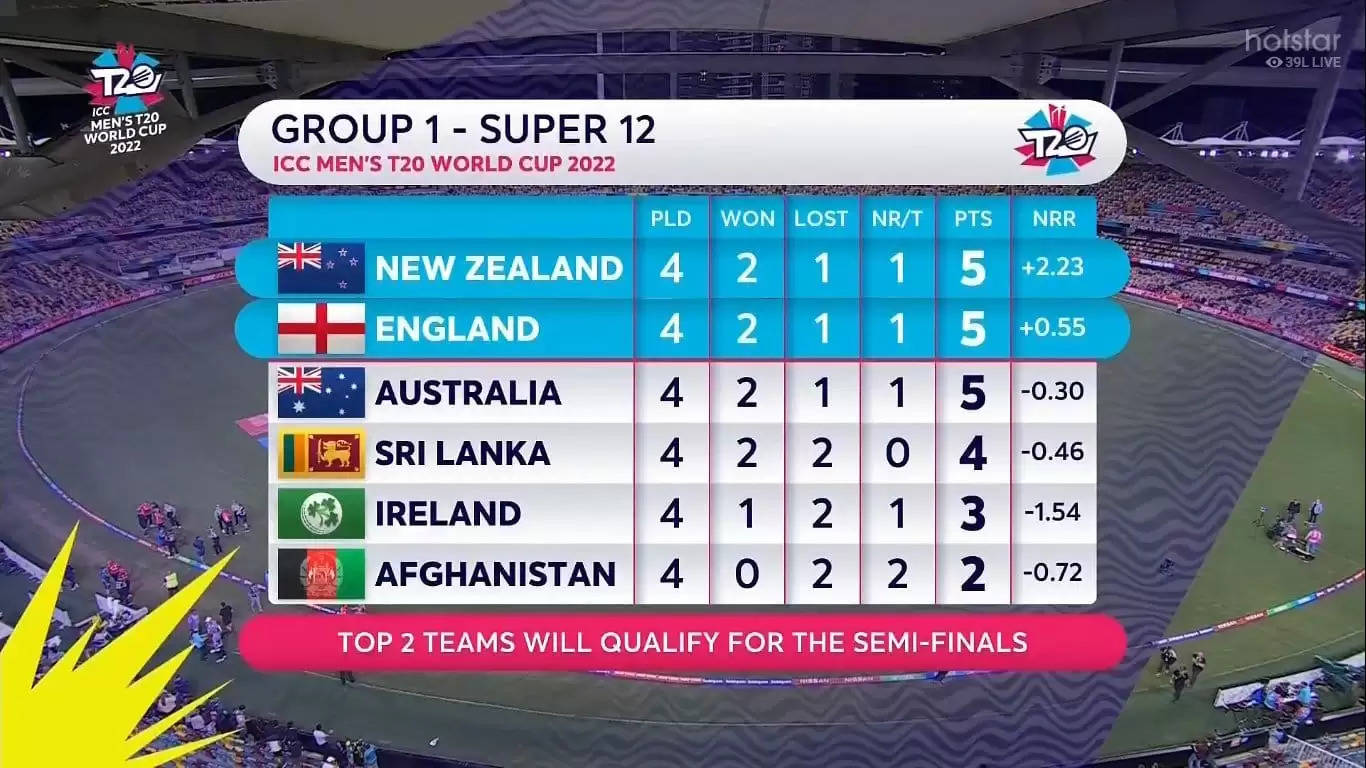 New Zealand’s dominant win over Australia and Sri Lanka has helped them maintain a strong net run-rate of +2.233, which means a win in their last league game against Ireland would most likely be good enough to help them finish in the top two. In case of a defeat, they’d have to hope for Afghanistan to defeat Australia shortly after their last Super 12s game at the same venue, as the winner of England vs Sri Lanka on Saturday would surpass them on the points tally if they remain on five.

Ireland need an outright dominant win against New Zealand to have any chance, as their net run-rate stands at a precarious - 1.544, largely due to Sri Lanka chasing their 129 run-target in just 15 overs in their first Super 12s clash in Hobart.

ALSO READ: ‘Not very comfortable for anyone’ - Dravid reacts to Kohli’s privacy invasion at Perth hotel

Being labelled as favourites by most at the start of the competition, hosts and defending champions Australia were humbled by trans-Tasman rivals New Zealand in their opener, and a washout against England in Melbourne tightened the group further. They did manage to cover up their NRR to some extent, thanks to Marcus Stonis' blitz against Sri Lanka and an all-round show versus Ireland, but are still behind New Zealand and England on that front.

A win would be enough for Australia should Ireland defeat New Zealand on Friday, while a defeat would end their campaign. In case both New Zealand and Australia win on Friday, the latter would hope for Sri Lanka to beat England in Sydney on Saturday. A dominant win for Australia would still put their chances down to the margin of result of the England vs Sri Lanka contest.

It was England’s shock five-run defeat to Ireland in a rain-marred clash in Melbourne last week that opened up Group 1. They managed to redeem their campaign with a comprehensive 20-run win over New Zealand in Brisbane on Tuesday, and their NRR stands at a decent 0.547, placing them second in the group currently.

England secure two points with a fine win over New Zealand but it was almost not to be with this drop catch from Moeen Ali 👀#ENGvsNZ #T20WorldCup pic.twitter.com/MYuZTxKG0s

A win for them against Sri Lanka in the final Super 12s clash against Sri Lanka is likely to be enough, unless Australia manage to surpass their net run-rate by a significant margin against Afghanistan. England though, would have the advantage of knowing what they would exactly need in terms of the margin, given they play last.

Sri Lanka, meanwhile, have four points from as many games, and only stand a chance if either or both of New Zealand and Australia lose their respective matches on Friday. A win in that case would be enough to take them past England in the points table.