ICC U19 World Cup 2020: Jaiswal, Young, Parsons and other players that seem ready for International cricket 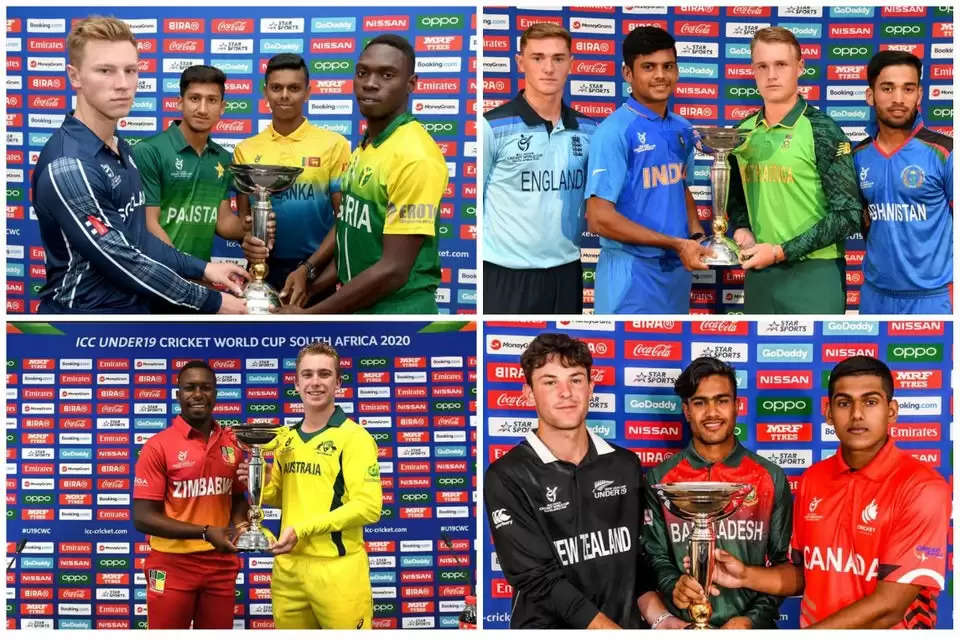 There are quite a few of them who have become huge stars in international cricket. Take the likes of Virat Kohli, Kane Williamson, Steve Smith, Babar Azam, Joe Root, Ben Stokes, Trent Boult, Mohammad Amir and many more. They have evolved and come out of the U19 arena and transitioned into superstars of world cricket.

Not everyone takes it to the next level (international stage), but there are players that show promise and there are quite a few who have shown that in this 2020 edition of the U19 World Cup. Here are 10 players from the tournament who seem ready for international cricket. 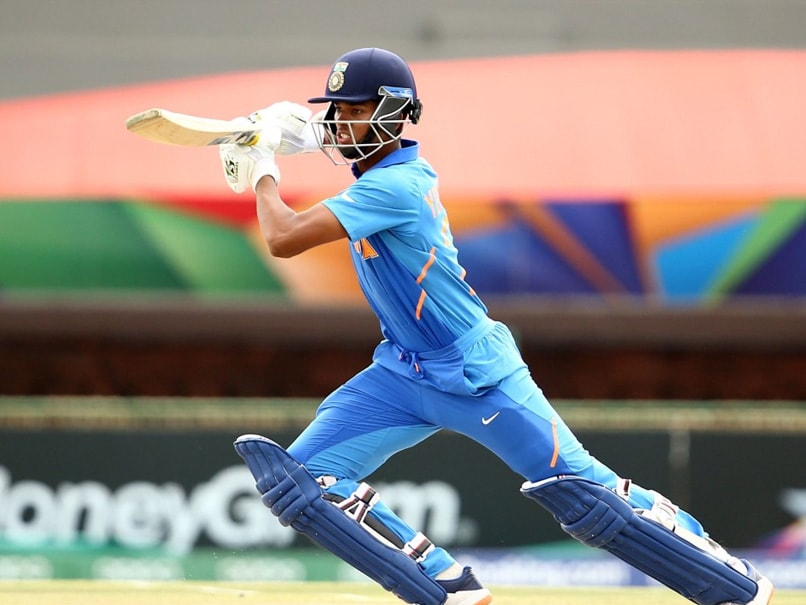 If ever there was one perfect rags to riches story, Yashasvi Jaiswal’s would be right up there. India’s latest batting sensation has come out from the dumps to rise above all odds and is at the peak of his powers in Under-19 cricket at the moment. Jaiswal has already made a big name for himself in the Indian domestic circuit. He became the youngest-ever double centurion in List ‘A’ cricket. He averages 70.81 after 13 domestic fifty-over games.

The left-handed opener was always expected to fire in this tournament and he did. He’s got scores of 59, 29 not out, 57 not out, 62 and 105 not out. The 18-year-old Mumbai player is at the top of the batting charts. Jaiswal averages 68.31 while amassing 1298 runs in Youth ODIs. Not just with the bat, Jaiswal is the man with the golden arm. He can bowl and pick vital wickets as well.

He was already paid big money by Rajasthan Royals (RR) in the IPL auction for the 2020 season. There are already multiple highs in his career and Jaiswal simply looks ready for the big stage. 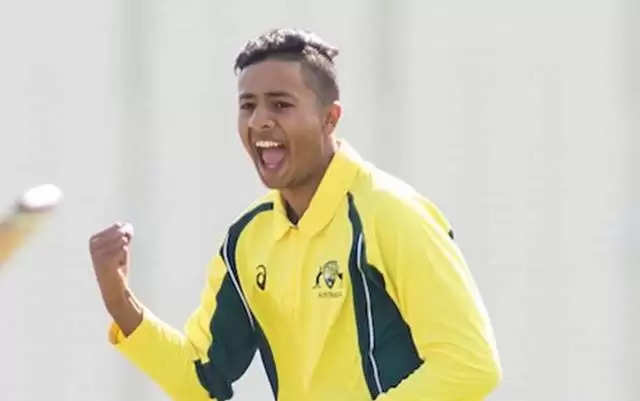 The leg-spinner has been a revelation for Australia at the ICC U19 World Cup 2020 | Image Courtesy: Twitter

There’s something about leg-spinners and white-ball cricket these days. They simply look threatening and wicket-taking every time they bowl. And when Tanveer Sangha did in this Under-19 World Cup, he looked a little more than the others. The 18-year-old already has a contract in the Big Bash with the Sydney Thunder but hasn’t played a game.

However, he showed why the Thunder have reposed faith in the upcoming leggie. Sangha has bowled beautifully throughout the tournament, picking up 15 wickets at an average of 11.46 and a strike-rate of 19.2. In five innings, the leg-spinner took two four-wicket hauls and one fifer. Moreover, he can contribute with the bat as well. He got scores of 21 and 46 not out as well in this tournament. Sangha has exhibited some excellent skills and an Australia callup might not be far away if he has a couple of good domestic seasons. 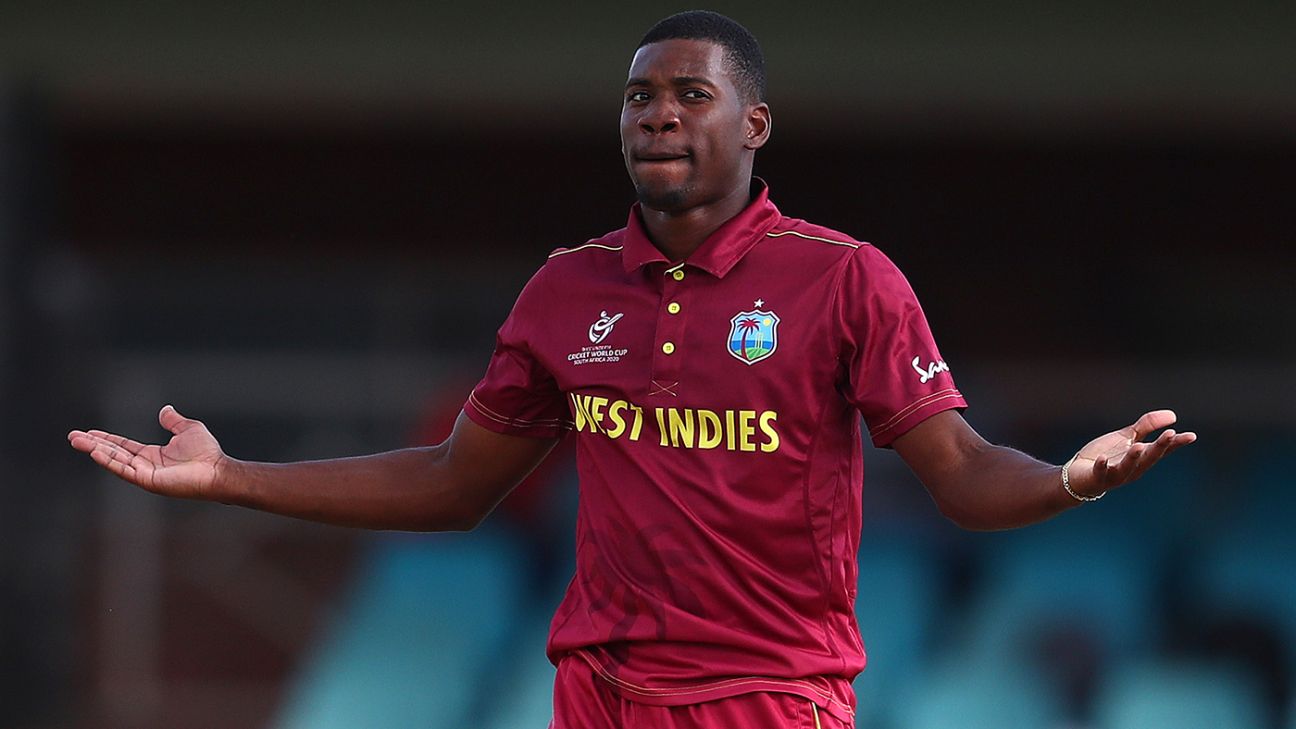 Nyeem Young has impressed everyone with his all-round performances in the ICC U19 World Cup 2020 | Image Courtesy: ICC

Here is a player of the Ben Stokes mould. Nyeem Young is someone who has a great impact every time he steps on to the field. Be it with bat, ball or only in the field, he can make a difference. His form may have dipped in the last couple of games but there’s enough evidence that the West Indian all-rounder is a player for the future.

Also Read: Future Stars | ICC U19 World Cup : If you haven’t heard of Nyeem Young yet, you will from now

He showed that right at the start of the tournament itself. In the first two games, Young returned with performances of 1/20 and 61 against Australia and 66 and 5/45 against England. Those were as good all-round contributions as you would ever see in a game. The temperament, the calmness and the ability seems to be there and he could be a big player for the West Indies in the years to come. 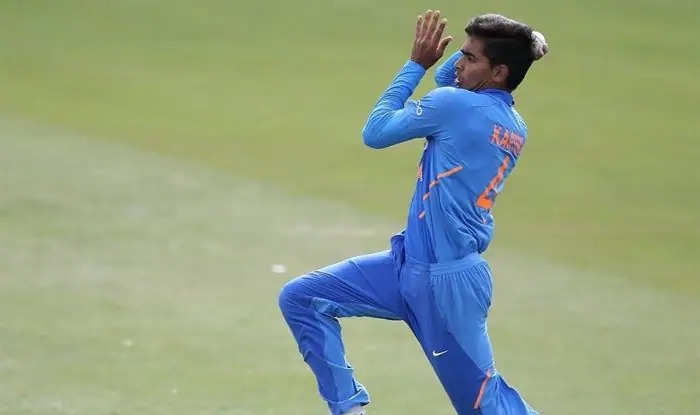 Kartik Tyagi has been highly impressive with his Yorkers in the ICC U19 World Cup | Image Courtesy: Twitter

India’s soon becoming a factory of producing exciting fast bowlers. In fact, it’s become a trend for them to unleash exciting prospects in Under-19 World Cups. They did in 2018 and there’s another one this time around in 2020. Karthik Tyagi has caught everyone’s attention with his pace, movement and death bowling skills.

Tyagi is a pacer who can clock in excess of 140 kmph regularly. He gets the ball to move as well and has a fabulous yorker. According to CricViz, no other bowler has bowled more yorkers than Tyagi in this Under-19 World Cup. Also, out of all the yorkers that he’s bowled, the Uttar Pradesh pacer got six wickets and only one run has been scored of it. He’s impressed everyone and has picked up 11 wickets from five games at an average of 10.90 and a strike-rate of 18.7.

Qadri is one of the spinners who have impressed in this edition of the U19 World Cup | Image Courtesy: Twitter

You’d least expect a spinner to impress you from England. However, that wasn’t the case. Hamidullah Qadri has been among the top ones this season. He is joint-sixth on the list of most wickets in the tournament. Along with Lewis Goldsworthy, he led the charge for England with the ball and was very successful as well.

The off-spinner picked up 12 wickets at an average of 14.66. He showed excellent control ad could tie down the batsmen. Qadri has played 10 first-class games for Derbyshire as well. With England constantly on the hunt for spinners, Qadri’s name is bound to appear in the near future. 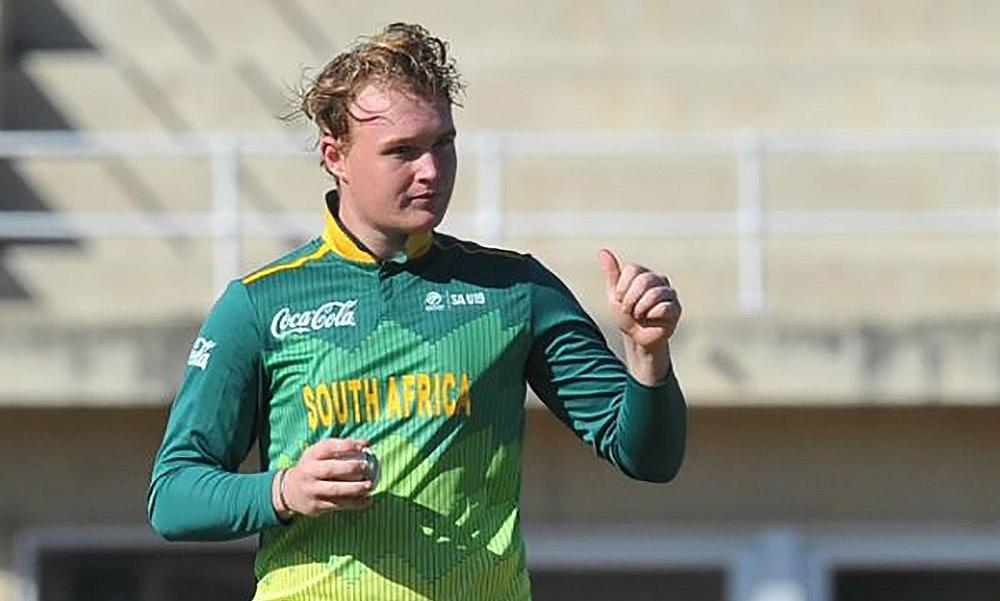 Parsons’ performances in this edition of the ICC U19 Wolrd Cup has reminds everyone of Jacques Kallis | Image Courtesy: Cricket South Africa

For quite some time in the tournament, Bryce Parsons was the leading run-getter in this Under-19 World Cup. South Africa seem to have found a star in the 18-year-old who batted at No. 4 in this tournament. In fact, he’s been his team’s best player and he’s been one of the few shining lights of what has been a rather disappointing tournament for the Proteas.

Parsons has scored 265 runs from six innings but what has been impressive is his approach and intent. The Under-19 South Africa skipper was forcing the pace while batting at the two-down slot. He had a strike-rate of 106.42 in the tournament. 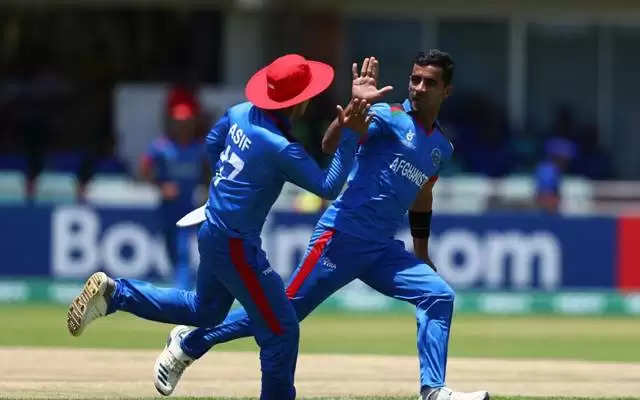 Ghafari is the top wicket-taker for Afghanistan in the ICC U19 World Cup 2020 | Image Courtesy: Twitter

Afganistan continue to produce spin sensations and here is another this time. Shafiqullah Ghafari has been absolutely magnificent and has been one of the best bowlers in this tournament. He is the joint-leading wicket-taker in the 2020 season of the Under-19 World Cup.

The Afghan leg-spinner has taken 16 wickets at an average of 7.00 and strikes once every 17 balls as well. He’s picked up two fifers and one four-wicket haul as well. After Rashid Khan, Mujeeb Ur Rahman and Zahir Khan among the others, Ghafari seems to be next in line and the spin factory production doesn’t seem to cease. 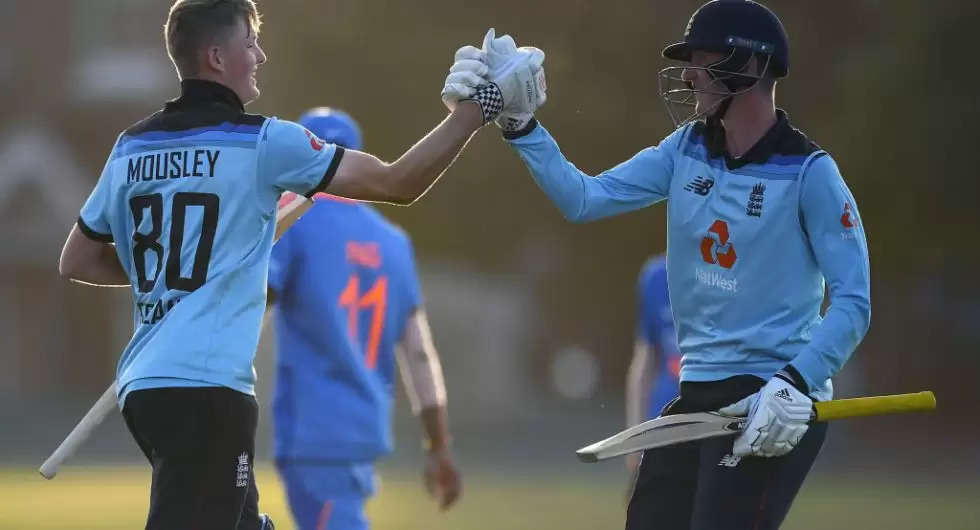 Here’s another Englishman who managed to grab enough attention in this Under-19 World Cup. 241 runs, one hundred, two fifties and an average of 80.33 to go with a strike-rate of 97.96. Dan Mousley showed some very good consistency over the course of the tournament.

The Birmingham-born batsman has played at varied spots and yet, has adapted well. It was first the middle order and then to the top, opening the batting. Mousley has scored a couple of half-centuries and a ton. That ton (111) in the Plate Division final against Sri Lanka showed his big-match temperament as well. 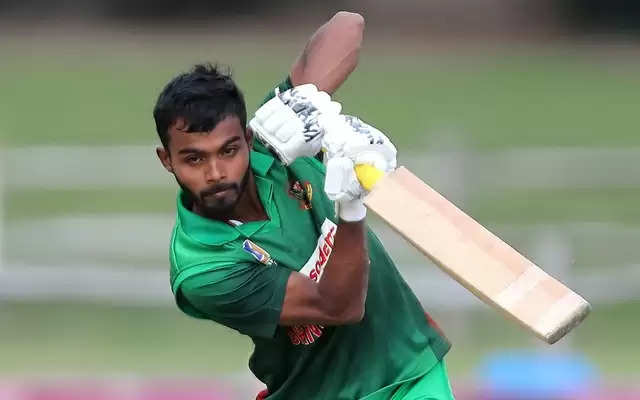 Only two other players have more runs than Towhid Hridoy in Youth ODIs. Bangladesh’s premier Under-19 batsman Hridoy has amassed a staggering 1624 runs at an average of 49.21. In this tournament, he has blown hot and cold and has registered just one half-century.

But the 19-year-old has played 22 List ‘A’ games which may be the most by any player in the current Under-19 World Cup across all teams. He has a very good record as well. In List ‘A’ cricket, Hridoy averages 45.29 from 22 innings while making 770 runs, including six half-centuries and one hundred. He’s also made his T20 debut and looked good as well. Hence, Hridoy might be the next big thing in Bangladesh cricket.

Bishnoi is the highest wicket-taker for India in ICC U19 World Cup 2020 so far | Image Courtesy: Getty

India’s spin cabinet isn’t empty and there are more additions to it. Ravi Bishnoi has been excellent and has been India’s premier wicket-taker along with Karthik Tyagi. He’s bowled beautifully throughout the tournament and has been a threat every time he’s come on to bowl.

Bishnoi has picked up 13 wickets from five games. The leg-spinner averages 11.61 and has a strike-rate of 19.2 in this tournament. The 19-year-old Jodhpur-born has played a handful of domestic games as well for Rajasthan in this 2019-20 season. Moreover, he was bought for a sum of INR 2 crore by Kings XI Punjab (KXIP) in the IPL auction for the 2020 season. Thus, Ravi Bishnoi has been excellent and looks set for bigger things in international cricket.