In stats: Ashwin or Lyon: Who’s the best off-spinner?

Having picked up more than 350 Test wickets, Ravichandran Ashwin and Nathan Lyon are comfortably the two best spinners in the world among active Test cricketers. Holding the records for the fastest bowler to pick 250, 300 and 350 Test wickets, Ashwin was believed to have a slight edge over his Australian counterpart. However in […]
By Rishikeshwaran CA Wed, 15 Apr 2020 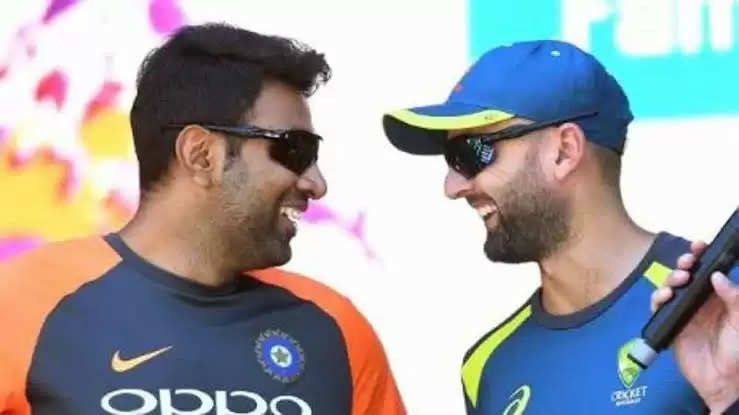 Having picked up more than 350 Test wickets, Ravichandran Ashwin and Nathan Lyon are comfortably the two best spinners in the world among active Test cricketers. Holding the records for the fastest bowler to pick 250, 300 and 350 Test wickets, Ashwin was believed to have a slight edge over his Australian counterpart. However in recent times, people tend to believe that Nathan Lyon has surpassed Ashwin as the numero uno off-spinner. Even Brad Hogg mentioned in one of his tweets that “Lyon has taken the mantle from Ashwin” as the best off-spinner. But how true is this statement?

I feel Lyon has has taken the mantle from Ashwin over the last year just as the best off spinner, but I love the way both continue to improve there games and not be complacent where they are at. #hoggytime https://t.co/KusIOxpzw8

Since 2017, Ashwin has 117 wickets at an average of 26.41 in 27 Tests. On the other hand, Lyon has picked up 167 wickets at an average of 28.53 in 34 matches. The traditional method of comparing the averages to determine the best bowler concludes with Ashwin as the clear winner. However the main argument put forth by people believing Lyon to be the better spinner is that Ashwin doesn’t do well in overseas conditions. In order to verify this, let us look at the averages of these two men in different countries during this period.

From the above chart, there’s no evidence to the argument that Ashwin hasn’t done well in away matches. In fact, Ashwin seems to have fared better than Lyon in almost every nation. But is this enough to conclude that Ashwin is the best spinner? Was Hogg’s statement just a reflection of favouritism towards his countryman?

While the bowling average is the traditionally used measure to determine the quality of bowlers, one cannot deny the fact that it doesn’t take into account the quality of the wickets taken by a bowler. For instance, when India toured South Africa, Ashwin picked up 7 wickets. Out of these, Morne Morkel was dismissed twice while Rabada and Ngidi were dismissed once each. On the other hand, Lyon had 17 wickets in Australia’s tour of South Africa where he dismissed Elgar 4 times, de Kock 3 times, Amla twice, de Villiers and du Plessis once each.

Upon calculation, WWI values of Ashwin and Lyon were found to be 26.28 and 31.04 respectively in the considered time period. In other words, each wicket taken by Ashwin is of a batsman with a batting average of 26.28 while Lyon’s each wicket is of a batsman who averages 31.04. Now we have completely different results. Lyon is way ahead of Ashwin in terms of WWI. However, we still cannot arrive at the conclusion that Lyon is the best as WWI is not reliable enough to measure the quality of a bowler.

WWI just indicates the quality of wickets taken by a bowler and not the overall quality of a bowler. There’s no use in picking up the wicket of de Villiers if he has already scored 100 runs off you. Dismissing Ishant Sharma for a duck is more impactful. Although WWI tells us something that bowling average doesn’t tell us, it fails to reflect the run saving ability of a bowler – something that bowling average conveys.

Incorporating these two, the Bowling Quality Factor (BQF) can be obtained which is the ratio of a bowler’s WWI to his bowling average. A bowler with a high WWI and low average will have a greater BQF. So a bowler with a higher BQF tends to dismiss batsmen with higher averages without conceding more runs. The BQF thus could be a better indicator of a player’s impact as a bowler.

A short summary of the overall analysis is provided below:

As could be seen from the above table, Lyon has a slight edge over Ashwin in terms of BQF. Since the difference is so marginal there’s actually nothing much that separates these two. From the table, it can also be inferred that Lyon tends to pick up wickets of more accomplished batsmen while Ashwin picks up wickets at a lesser cost. Instead of pondering over who among these two is better, one could only wonder how deadly will be a team’s bowling attack if it has both these guys in its ranks. Thank god, batsmen won’t face something like that at least for the foreseeable future.