South Africa captain Faf du Plessis feels that his team’s first innings batting performance will help them grow in confidence despite succumbing to a heavy defeat against India in the first Test here on Sunday. Not many expected the Proteas to put up the fight that they did considering they were hammered in India four […]
By PTI Sun, 6 Oct 2019 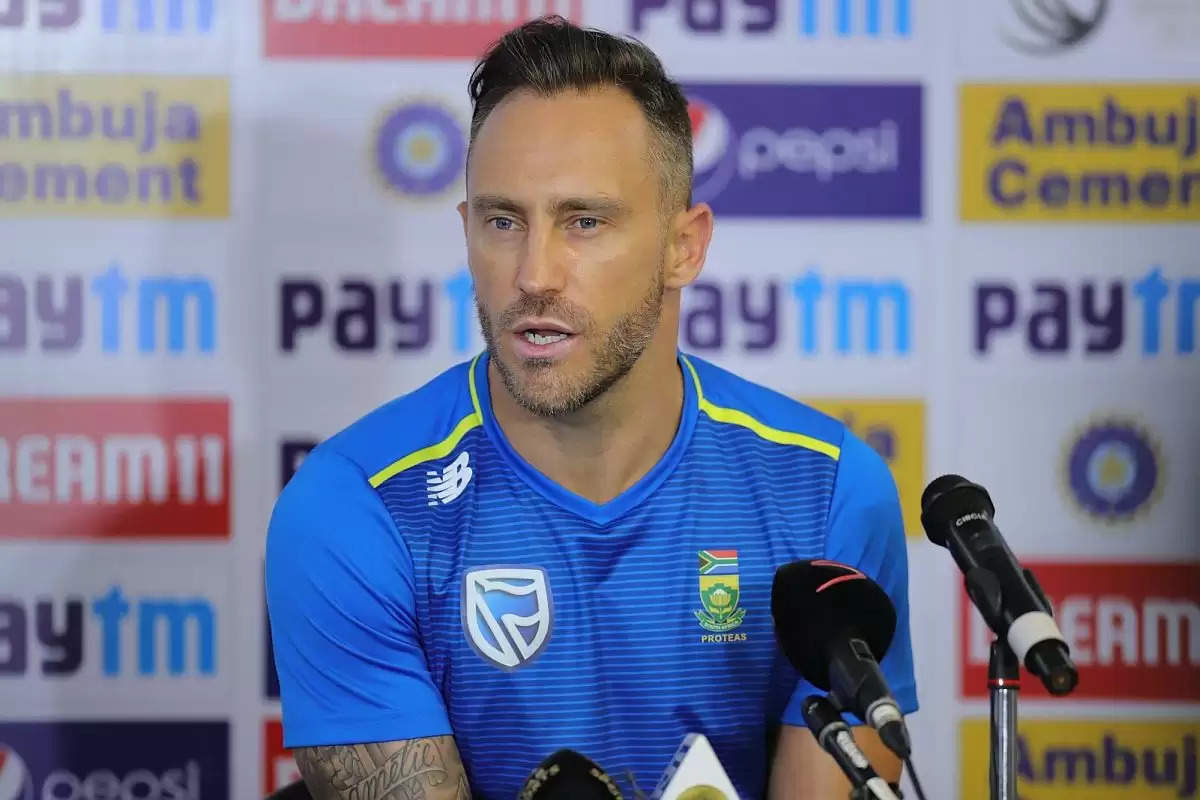 South Africa captain Faf du Plessis feels that his team’s first innings batting performance will help them grow in confidence despite succumbing to a heavy defeat against India in the first Test here on Sunday.

Not many expected the Proteas to put up the fight that they did considering they were hammered in India four years ago. However, they batted with a lot of purpose and determination scoring 431 runs in response to India’s first innings total of 502.

Their batting on the final day let them down with Mohammad Shami and Ravindra Jadeja getting the most out of the conditions guiding India to a 2-3-run victory.

“Yeah, really proud of the first innings, the way we batted. A lot of new players in our squad. There was an opportunity for us to go the other way and we didn’t. We played really well, senior players put their hands up in Quinny (Quinton de Kock) and Dean (Elgar) getting fantastic hundreds and to get 400 in the sub-continent is never anything easy to do,” said Du Plessis.

Chasing an improbable 395, South Africa were bowled out for 191 in the second session, a good recovery from 70 for eight.

“Getting 400 in that second innings (of the match), we felt we were right in the game. We needed something brilliant in the second innings and unfortunately, it was close for us happening.

“There was a few half-chances that didn’t go our way and that’s sort of where the game slipped away. We tried to stay in the fight, stay in the contest,” Du Plessis said.

The Proteas skipper felt that the manner in which Rohit Sharma batted in the second innings for his knock of 127, really made the chase difficult for his side.

“But the way Rohit played, especially in that second innings, made it tough for us. To put up a score of 400 in the last innings was always going to be a little bit too much. Obviously also the nature of the day five pitch today was the first day we saw something coming really through. But I thought it was a really good pitch, really good Test cricket.”

Du Plessis was also praise for the ACA-VDCA stadium track, terming it an “ideal Test wicket”.

“First two days flat, three and four spin and day five it goes up and down. That’s a real good Test wicket for me,” said Du Plessis, referring to Rohit’s historic two hundreds in his first Test as an opener.

Among the positives for South Africa, Dean Elgar and Quinton de Kock getting a hundred in the first innings besides the performance of debutant Senuran Muthusamy who remained unbeaten on 33 and 49 in both the innings.

“Look, I think we have got a lot of confidence in our dressing room and belief because of what happened in the first innings. I do think the pitches will probably take a bit more spin in the next two Test matches,” said Du Plessis.

From the disastrous tour of 2015, the batting unit has grown in confidence, feels their skipper.

“I think all of us as a batting unit, certainly since the last time we were here (in 2015), it was tough but we grew as a batting unit from the experiences we got from that tour. I am hoping that the lessons we learnt there will show us that we can still score runs and compete and then anything is possible.”

It was the first time that Du Plessis captained the South African team on India soil and he feels richer with the experience.

“It’s great. It’s learning out there ball-by-ball. You just learn Indian conditions. Obviously, I have captained all around the world but it’s my first time captaining in India. You just learn every session, every hour, every time someone’s bowling.”

“You learn about different angles of field placements, where the ball tends to travel a bit more. So for me it is just about consistently evolving and making sure that I can pick up one or two things,” the middle-order batsman added.

On Muthusamy’s performance, he said the batting all-rounder now gives them the option of playing an extra bowler.

“There is a case. Before this Test match, I would have probably said no to you because I haven’t seen much of his batting but the way he batted in this Test match proved to everyone, not just to myself, that he can definitely play at No. 7 in the sub-continent and if you do that, you can create one more opportunity to play someone else.”

Du Plessis also made it clear that he will continue to bat at five instead of four, giving more opportunities to the “technically sound” Temba Bavuma.