Justin Avendano has been part of an interesting team shift in the Big Bash League (BBL) 2021-22. The right-hand batter is representing defending champions Sydney Sixers on Sunday (January 9), a week after representing Melbourne Stars in the competition. Avendano is plying his trade against the Perth Scorchers at the International Sports Stadium in Coffs […]
By Kashish Chadha Sun, 9 Jan 2022 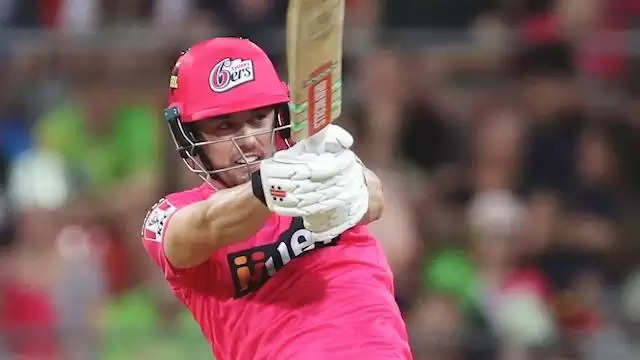 Justin Avendano has been part of an interesting team shift in the Big Bash League (BBL) 2021-22.

The right-hand batter is representing defending champions Sydney Sixers on Sunday (January 9), a week after representing Melbourne Stars in the competition.

Avendano is plying his trade against the Perth Scorchers at the International Sports Stadium in Coffs Harbour after having previously turned up for Stars, which makes him the first male cricketer to play for two different clubs in a BBL season.

The 28-year-old top-order bat comes from the Australian Capital Territory. He has played no first-class or List A matches at the domestic level but has prior experience of 13 overall T20 games, with his competitive cricket debut dating back to January 2019.

Also Read – Did You Know David Warner Used To Be A Fast Bowling All-Rounder? Justin Avendano made his BBL debut back in 2020. (pic courtesy: Twitter/NSW)

But how exactly Justin Avendano make the Stars-to-Sixers switch within a BBL season?

Justin Avendano is now the first BBL male cricketer to represent two different clubs within a single season. It’s a situation that has come about because of a Covid-riddled competition where multiple teams have been affected by the contagious virus.

Multiple teams have had to shuffle their squad because of various players testing Covid-19 positive, which has also forced them to bring about quick replacements.

In the tournament playing conditions pertinent to BBL contracts, there is an option for teams to draft a Local Replacement Player into their squad.

As per the rule related to the same, a team must field their LPR drafted player into their playing XI for the next game while still remaining a free agent who could be shuffled around if the need arises.

He was previously a Local Replacement Player for the Stars.

Under @BBL contracting rules, a LRP drafted into a club's squad must be selected for the next game.#BBL11

Having made his debut for Stars versus the Scorchers last Sunday (January 2), Justin Avendano also faced the Renegades in Stars’ next match the very next day (January 3). In both the games, the opening batter made identical scores of 6 & 6.

But since Avendano is a free-agent part of CA’s forcibly introduced top-up players replacement option to combat the spread of Covid-19 in BBL, he was able to switch sides and represent Sixers in their fixture against Scorchers.

The top-up options, part of CA’s scheme to safeguard the tournament, can play for multiple teams within the competition, a rule that allowed Avendano to make the Sixers’ squad and their playing XI.

After struggling in his two games for Stars, Justin Avendano made a better feast of his first outing with Sixers, scoring a 22-ball 23 before being dismissed.