No central contract: Is this the end of the road for MS Dhoni in the Indian national team?

When BCCI announced the central contracts for the upcoming October-September calendar cycle, the absence of former skipper MS Dhoni’s name was very prominent. Hardly surprising though, given the fact that Dhoni hasn’t seen a single minute of action in international cricket since that ill-fated semi-final collapse against New Zealand on July 9. Following the exit […]
By Anjishnu Roy Fri, 17 Jan 2020 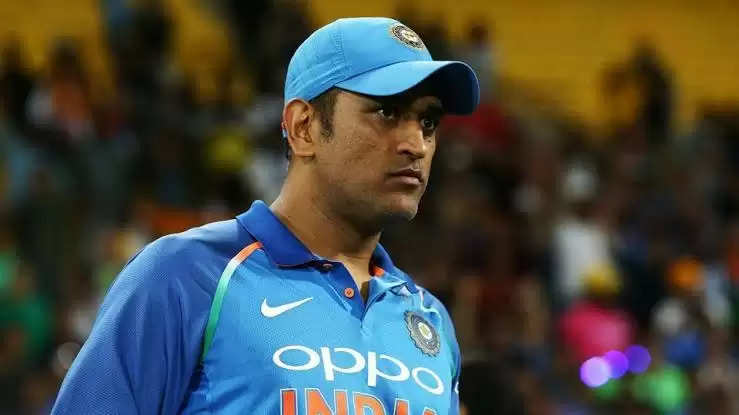 When BCCI announced the central contracts for the upcoming October-September calendar cycle, the absence of former skipper MS Dhoni’s name was very prominent. Hardly surprising though, given the fact that Dhoni hasn’t seen a single minute of action in international cricket since that ill-fated semi-final collapse against New Zealand on July 9.

Following the exit in the World Cup semifinal, MS Dhoni took a sabbatical from the game and has refused to comment on his future regarding his possible or retirement. As a result, his central contract with the Board of Control for Cricket in India was not renewed.

Last year, Dhoni featured in the A category contract which saw him earning ₹5 crore annually from the apex governing body of cricket in India. There are four categories of central contracts – A+, A, B, C. Skipper Virat Kohli, his second in command Rohit Sharma and Jasprit Bumrah are the only ones on the A+ contract category which sees them earning ₹7 crore. The contracts are awarded by a three-member committee consisting of the President of the BCCI, Secretary and Chief Selector based on the performance during the last cycle.

While this sheds a serious shadow of doubt over any possible return for Dhoni to the national side, it must also be stressed here that he was not ‘dropped’ by the BCCI. He simply didn’t qualify the criteria given that it depends on representing India in a select number of matches. The existing rule suggests that to earn central contracts, a player needs to take part in at least three Tests or eight ODIs over the calendar cycle to qualify. He can also earn a contract by playing a stipulated number of T20 games whose number depends on the season.

The three time ICC tournament winning captain was not a part of the squad after the World Cup and a as a result, missed the tour of West Indies and did not represent the national colours in series against South Africa, Bangladesh, Sri Lanka and West Indies. He hasn’t been included in the ongoing series against Australia and the T20I series against New Zealand which begins later in the month.

While the head coach of the national team, Ravi Shastri has kept the door of a possible return open ajar, outgoing chief selector MSK Prasad has held a different opinion. For Shastri, Dhoni could still be in contention for the T20 World Cup squad in Australia if he manages to impress in the upcoming season of the IPL where Dhoni is expected to captain Chennai Super Kings.

MSK Prasad had however declared that Dhoni would have to earn his spot back into the team and could only be selected on the basis of his performances and not because of the history he carried.

Speaking to PTI, a BCCI official revealed that the decision of his contract not being renewed was communicated to Dhoni prior to the official announcements. If Dhoni is included for the T20 World Cup squad in Australia which will be held after the current contracts’ duration ends, he can be included on a pro-rata basis.

“There will be an Asia Cup T20 and if Dhoni plays a certain number of matches, he will be automatically included. It’s not like he has been dumped for good. It’s just that he hasn’t qualified because he hasn’t played,” revealed the official.

Sunil Gavaskar however, is skeptical about the return of Dhoni. “I can’t tell you anything about fitness. But I think the question that needs to be asked is on MSD himself. He has not made himself available to play for India since July 10. That is the important point. Does anyone keep himself away from playing for India for that long? That is the question and therein lies the answer.”

After all of this, one cannot help feeling that Dhoni’s glorious stint with the national side has run its course. A veteran of 350 ODIs and 98 T20Is, having guided the nation to some of its proudest moments in the sport in its history, Dhoni must also acknowledge that he’s not invincible and he cannot beat time. It comes as little surprise that 38-year-old  Dhoni isn’t the same batsman he once was, and as a result, has failed to replicate his serial success and domination with the bat on the pitch.
Dhoni must acknowledge the importance of walking away with his head held high and chances are, if he returns, he will only hurt India’s batting strength and taint his own legacy because with Dhoni, the expectations are always off the roof.

MS Dhoni has had his time and what a glorious career it has been, but it’s also time for a breath of fresh air and Dhoni deserves to walk away from the empire he built on his own terms, commanding the utmost respect and adoration of his teammates and especially, his countrymen.