Former Indian batsman VVS Laxman says Rishabh Pant is fast running out of time to justify the time invested in him by the team management and might lose his place to Sanju Samson if he doesn’t regain his form soon. Laxman said Sanju Samson’s selection in the squad for the three T20 Internationals against the […]
By PTI Thu, 28 Nov 2019 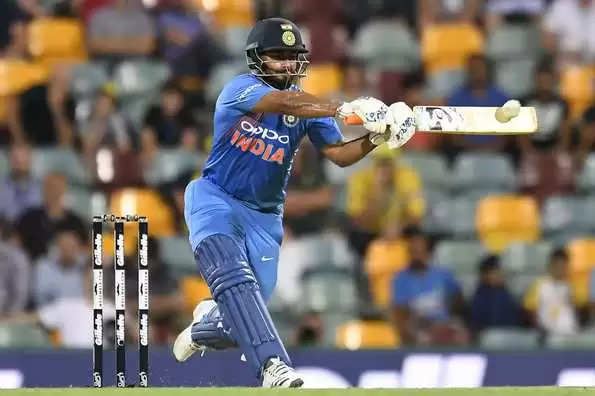 Former Indian batsman VVS Laxman says Rishabh Pant is fast running out of time to justify the time invested in him by the team management and might lose his place to Sanju Samson if he doesn’t regain his form soon.

Laxman said Sanju Samson’s selection in the squad for the three T20 Internationals against the West Indies is a “strong message” for Pant to either perform or perish.

“The team management and the selection committee have passed on a strong message that we got a backup in the form of Sanju Samson. Rishabh Pant has been given a lot of opportunities and I’m sure that they will be communicating and giving him that security within that group,” Laxman told ‘Star Sports’.

Also Read: Doesn’t Sanju Samson deserve a chance to prove his worth?

“But then ultimately the player has to justify the faith the team management, the selection committee has been imposing on him,” he said.

“Unfortunately, Rishabh hasn’t been able to do that, but he is that X factor. I still feel that he is an exclusive batsman who can come and change the course of the match just by his ability to hit good balls out of the park.”

Not so long ago, Pant was India’s number one wicketkeeper batsman in all three formats but has endured an erratic run of form for some time now.

“As a batsman – there’s no clarity of thoughts, there’s no doubt that he’s under pressure, because how many times have you seen Rishabh Pant, when he is in full flow, play and he has a different mindset and technique against the spinners. I feel he will be under tremendous pressure to retain his place in the playing eleven,” Laxman said.

The 45-year-old former batsman said Pant is still India’s first-choice wicketkeeper batsman ahead of Samson for next year’s T20 World Cup but veteran MS Dhoni is also very much in the picture.

Dhoni has been on a sabbatical since India’s semifinal exit from the ODI World Cup in England in July. He has missed the tour of the West Indies and the home series against South Africa and Bangladesh.

The 38-year-old, whose retirement plans have become a talking point, will also miss the limited-overs home assignment against the West Indies starting December 6.

“I think MS Dhoni will wait with patience to see the performance of Rishabh Pant and Sanju Samson. Whenever he gets an opportunity and he will take a call after the IPL because the way I am seeing it, MS Dhoni is preparing himself for the IPL. I’m sure he will do well like he has done whenever he plays and leads CSK,” said Laxman about Dhoni’s future.

“If both these youngsters don’t grab their opportunities, probably there is a thought that MS Dhoni can come back provided he shows that form in the IPL leading up to the World Cup.

“At the moment Rishabh Pant would be the first choice, his back up would be Sanju Samson and if both these youngsters don’t grab these opportunities then you can probably look at MS Dhoni, keeping mind how he performs in the IPL,” he added.

Laxman was also impressed with Shreyas Iyer’s maturity but feels, in the absence of an injured Shikhar Dhawan, KL Rahul should open the innings with Rohit Sharma in the upcoming series against the West Indies.

“I was very impressed with the way Shreyas Iyer has batted so far. The best part about him was when during the last T20 International in Nagpur (against Bangladesh) when India lost their top 3 batsmen, he had the ability to assess the condition very well and was very versatile in his approach,” he said.