Returning to competitive cricket with a bang after serving a doping suspension, young Prithvi Shaw says he is now completely focussed on letting his bat do the talking to force his way back into the Indian team. “Now I will focus on scoring as many runs as possible and win games for the team,” said […]
By PTI Sun, 17 Nov 2019 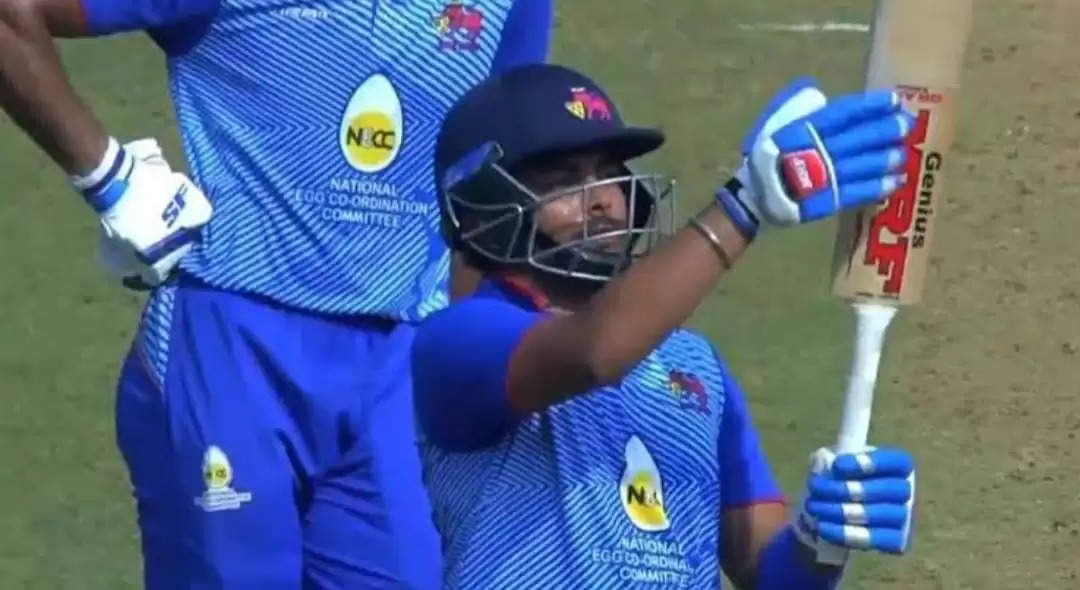 Returning to competitive cricket with a bang after serving a doping suspension, young Prithvi Shaw says he is now completely focussed on letting his bat do the talking to force his way back into the Indian team.

“Now I will focus on scoring as many runs as possible and win games for the team,” said Prithvi Shaw, who played his first game after serving a back-dated eight-month suspension by the BCCI for failing a dope test.

In his comeback match, Shaw made a stroke-filled 39-ball 63 to help Mumbai thrash Assam by 83 runs in a Syed Mushtaq Ali Trophy game.

“I will just keep scoring runs. It is all about the selectors and what they think. My job is to score runs and win games for the team,” the 20-year-old opening batsman said when asked about his return to the national team.

Shaw, who made a dream Test debut with a century and a fifty in the two matches he has played so far, has no other option but to pile up tons of runs to reclaim his Test spot as Rohit Sharma and Mayank Agarwal have grabbed their chances in his absence.

Shaw was banned from all forms of cricket by the BCCI for a (retrospective) period of eight months in July after failing a dope test during the Mushtaq Ali Trophy in March and his ban ended on Friday.

Talking about the ban period, Shaw said the episode was definitely “hard and upsetting” but it is a thing of the past now.

“I had never thought that something like this would happen. I was obviously upset. For the first 20-25 days after I was banned, I was not able to understand how did it happen,” he said.

“Time passed by. I went to London and chilled out there as I was not allowed to practice till September 15. After that I stabilised myself and kept myself mentally stronger by telling myself these three months would pass. But each day was hard, it was getting longer. It’s all past now.”

Shaw said that former skipper Rahul David, who is the head of cricket in Bangalore’s National Cricket Academy, helped him in his comeback.

“There was nothing in my mind. I couldn’t have done anything about the ban. After returning from London, Rahul (Dravid) sir called me to the NCA for training. There I went through a series of fitness tests like yo-yo,” he said.

“Under Rahul sir a lot of focus was on fitness. I had to clear all my fitness tests. What also helped was that during the nets good bowlers were available like Kuldeep Yadav, Bhuvi (Bhuvaneshwar Kumar) and Varun Aaron. Besides, Rahul sir was always there for guidance and mental issues.”

He said apart from his father Pankaj, a lot of cricketers and coaches supported him during his hard days.

“A lot of people were asking me about my well-being. I got a lot of love and support from a lot of people. A lot of players, coaches, my agency people, Indian Oil people, BCCI and MCA guys were asking how was I feeling,” the diminutive batsman said.

“There obviously was a period when I was not feeling too well. But then as the day of return came closer, I started to get my acts together.

“If I had gone into a shell at that point of time (ban) I would have felt pressure. But whatever happens it’s for good.”

Shaw said the episode was a big learning experience for him in his nascent career.

“I think this period has been a big learning experience for me. Obviously I committed a mistake. I had no idea what I was consuming,” he said.

“In that period I was alone and was trying to stay away from people and their advices. I was telling myself that I can get out of this mess and be mentally strong.”

Shaw said his father was always behind him during the turbulent time.

“In life ups and downs will be there. My father has stood behind me and nobody else is there. In these three months he was with me like he has been during the U-14 and U-16 days. He felt that he needed to be with me,” he said.