Shahbaz Nadeem – The epitome of persistence for domestic cricketers

Whenever a player makes his debut for a country, it is a rather special moment. It is not a massive highlight in just the life of the particular player but people surrounding him/her too. And when someone who had already been put in the unlucky category wasn’t touted to represent India at the highest level […]
By Karthik Raj Sun, 20 Oct 2019 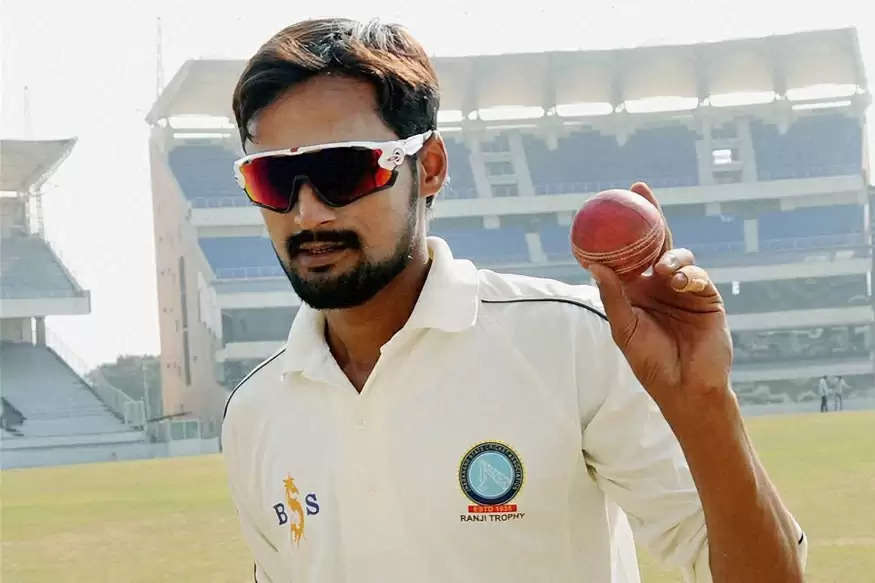 Whenever a player makes his debut for a country, it is a rather special moment. It is not a massive highlight in just the life of the particular player but people surrounding him/her too. And when someone who had already been put in the unlucky category wasn’t touted to represent India at the highest level finally makes his bow, it just turns into an even more glorious occasion.That celebration is exactly what Shahbaz Nadeem’s Test debut elicited.

Everything happened too quickly. Right from his call-up to the Test squad as cover for an injured Kuldeep Yadav to then being handed over the Test cap, it would have been quite a ride for the 30-year-old Nadeem who plays for Jharkand in the domestic circuit. His age, the state which he belongs to all reflect the blood, sweat and toil that would have required to earn an opportunity to represent the Indian team.

The following tweets from fellow compatriots and former players show how highly regarded and respected Nadeem is in the Indian cricketing circuit.

Extremely happy for Shahbaz Nadeem, one of the most prolific wicket takers in domestic cricket #INDvSA

Good things come to those who wait. Congratulations on your test debut, #ShahbazNadeem! All the luck for the matches ahead

Let us be honest, India are the best team in the world and have incredible depth in their reserves list. It is incredibly difficult to break into this team. In the past, several talented players like Amol Mazumdar, Faiz Fazal failed to get a chance to represent their nation due to the country’s reservoir of skillful players. While in the bygone era, such scarcity of opportunities was just restricted to batsmen, the problem of too many options has developed amongst spinners and fast bowlers as well now.

With Kuldeep Yadav himself not getting enough chances to play in the gargantuan presence of Ravindra Jadeja and Ravichabdran Ashwin, no one gave a chance for any other tweaker to get an opportunity in Test cricket. In the last 5-6 years, Pragyan Ojha, Harbhajan Singh, Amit Mishra or Jayant Yadav were the only ones to get a look-in if India needed an extra spinner or if either of Ashwin or Jadeja were injured/not available.

But it was perhaps written in the stars that Nadeem’s hard work and consistent performances won’t go in vain. After all, anyone who had taken a humongous 424 wickets at an average of 28.59 in First-Class cricket deserves a bite at the highest level. The left-arm orthodox bowler also picked up 50+ wickets in two consecutive Ranji Trophy seasons (2015-16 and 2016-17). Moreover, no bowler has taken more wickets than Nadeem in the Ranji Trophy since the 2012/13 season with 235 scalps to his credit.

In the Indian Premier League, Nadeem has been a pretty resourceful bowler for the teams he has played for by always being frugal with his economy rate. This consistency even helped him get a call-up to the Indian T20 squad when the West Indies came here last year.

Although he didn’t get to play in that occasion, a year later he has perhaps got a bigger prize, a chance to flourish in what can be termed as his most preferred format. Despite being in pole position for the reserve spinners’ slot, one could say that he banged down the door with his efforts for India A in the West Indies and also against South Africa A at home. After picking up 15 wickets in the Caribbean, Nadeem managed to take 8 more wickets against SA A. This made sure that Nadeem can’t be overlooked anymore.

With respect to his bowling style, his action is pretty similar and maintains a tight line and length just like Ravindra Jadeja is popularly known for. However, Nadeem’s trajectory isn’t as flat and tends to give more loop to his deliveries.

The fact that Nadeem has toiled hard for so many years should stand him in good stead when he could possibly be handed over the red cherry at some point on Day 2. Nadeem finally has his chance and he would be raring to ensure that it won’t be his final one. At this point, Nadeem might not have many fans, but he would be well-served to know that many Indian cricket followers would be backing him to excel for the country.