Chairman of selectors MSK Prasad says Shreyas Iyer can be the solution to India’s no.4 problem in the limited-overs line-up given his fine growth as a player in the past two years. Iyer made his India debut in November 2017 with a T20 International against New Zealand and in the following month, played in his […]
By PTI Thu, 28 Nov 2019 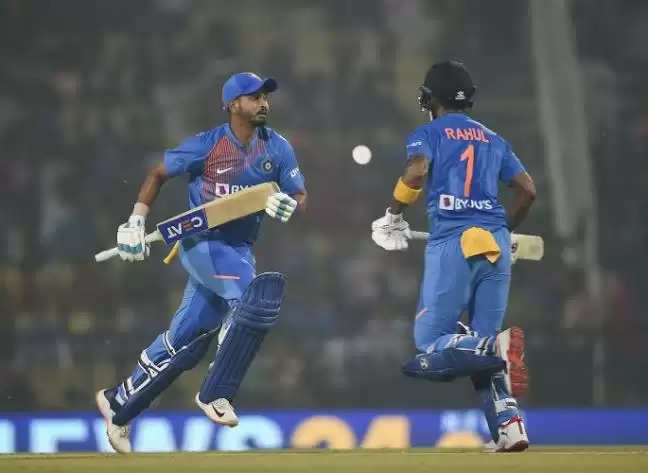 Chairman of selectors MSK Prasad says Shreyas Iyer can be the solution to India’s no.4 problem in the limited-overs line-up given his fine growth as a player in the past two years.

Iyer made his India debut in November 2017 with a T20 International against New Zealand and in the following month, played in his maiden ODI series, scoring back-to-back half centuries in the home rubber against Sri Lanka.

The 24-year-old played three ODIs in South Africa two months later before he was sidelined, only making a comeback in the ODIs against the West Indies in August this year following India’s campaign in the World Cup.

“If you recall, we had inducted Shreyas Iyer (when Virat Kohli was rested) 18 months back into the ODI squad and he has done reasonably well. Unfortunately we couldn’t continue with him. Having said that, he has evolved as a player now and he can be the solution to our number 4 slot in both ODIs and T20s,” Prasad told PTI in an interview.

The highly-rated batsman kept piling on the runs for Mumbai in domestic cricket and also for India A besides expressing disappointment at not getting enough chances at the highest level. Now he is back in the thick of things and has done well in both ODIs and T20s since the West Indies tour.

Prasad, who was appointed chief selector in 2016 and is now nearing the end of his tenure, said it was unfortunate that Iyer had to miss out in the period leading up to the World Cup.

During the Prasad-led selection committee’s tenure, India scaled new heights by winning a Test series in Australia, assembled a world-class pace attack (by giving Jasprit Bumrah a go in Tests), regained the world number one ranking in Tests but was not able to win a major global event.

Also Read: Doesn’t Sanju Samson deserve a chance to prove his worth?

“Except Bumrah, the other fast bowlers (Ishant, Umesh, Shami) had been in the circuit even before our committee took over. Only thing is that they all have combined well as a unit during our tenure…we have been instrumental in helping Bumrah to evolve into a top-class bowler across all formats,” said the 44-year-old former India wicketkeeper-batsman.

In the batting department, opportunities were given to the likes of K L Rahul Hanuma Vihari, Prithivi Shaw, and Mayank Agarwal in the Test team. Vihari and opener Agarwal have surely repaid the selectors’ faith in them.

Only last month Rohit Sharma was tried as a Test opener against South Africa and that move turned out to be masterstroke as he ended up with three hundreds in the series, including a double ton.

“It was the collective opinion of both the selection committee and team the management. With the kind of form Rohit is in of late in white ball cricket, we thought our Test team will immensely benefit if he can transform that form into red ball cricket, said Prasad, who played six Tests and 17 ODIs for India.

“Moreover we had five Tests at home and it couldn’t have been a better opportunity to play and cement his place at the top of the order.”

The selection committee also had its share of controversies and was constantly reminded of its lack of experience at the highest level. Prasad said constant criticism did not come in the way of his job.

“Pressure is a privilege very few people have and I am very happy to deal with it. I am very happy with my colleagues too who have handled the pressure very well. It was a conscious effort of all of us to ignore what is being written about us and to focus on the job at hand.

“BCCI has reposed faith in us and we have to pay back accordingly which we did with utmost sincerity and honesty.”

Talking about the T20 World Cup in Australia next year, Prasad said they are very close to finalising the core of the team for the showpiece event. Experimentation has been going on in the shortest format but one will have to wait till the IPL for the picture to be clearer.

“I think we are very close to finalising the core team. May be a couple of slots is what we are looking for in the next few months in the bilateral series and also in IPL,” added Prasad.