Sourav Ganguly’s BCCI is letting the fans and the game down, not just Virat Kohli

Today when Sourav Ganguly is this mighty powerful BCCI president, leading a regime capable of sacking Indian cricket’s biggest name from the captaincy post, it’s worth remembering that he was once at the other side of the road. Virat Kohli’s cruel and ungrateful sacking as India’s ODI captain coinciding with Ganguly’s ascent to the post […]
By Kashish Chadha Fri, 10 Dec 2021 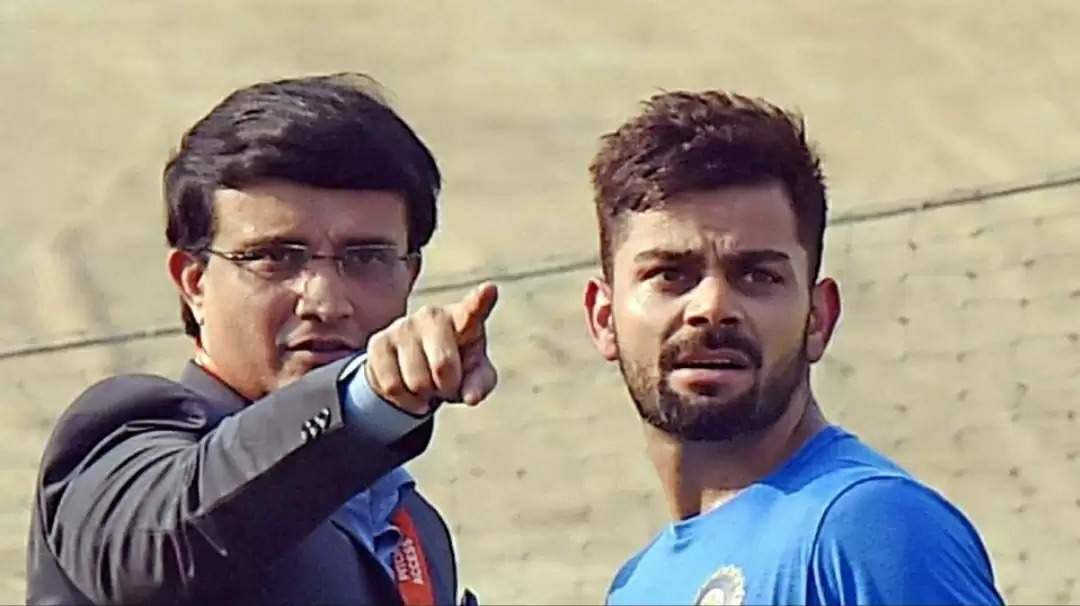 Today when Sourav Ganguly is this mighty powerful BCCI president, leading a regime capable of sacking Indian cricket’s biggest name from the captaincy post, it’s worth remembering that he was once at the other side of the road. Virat Kohli’s cruel and ungrateful sacking as India’s ODI captain coinciding with Ganguly’s ascent to the post of Indian cricket boss is ironic. Ganguly was the last Indian captain in any format of the game to be thrown out of his captaincy post.

Back then, as it is known, Ganguly felt aggrieved and used all his powers to shape the discourse in his favour. His media friends helped him. Those that are celebrating each and every decision taken under his BCCI presidentship today, no matter how contentious those moves are, were the same who lobbied for their man when his chips were down and collectively saved his image, creating a narrative where the then head coach Greg Chappell was made a villain in our hearts and minds.

They benefitted immensely from it. Got inside scoops to the dressing room. News that was supposed to stay within the team were leaked to these men, whose words back in the day carried a weight so heavy that they threatened to influence the selection of the team. It took a man of integrity in MS Dhoni as captain to completely cut down the dressing room’s link to these external forces. The dressing room was sacred under Dhoni and it liberated the men who played under him.

Ever since the return of Sourav Ganguly in Indian cricket back in the 2019-20 winters, however, these external influences have regained their strength. A popular journalist claims, with baffling accuracy, the details of the inside discussions in the board and is aware of the present and the future happenings.

These were the men who first raised the possibility of Kohli’s removal from ODI captaincy, even as he made it clear in September that he would like to continue in the 50-over game along with Tests, and they have been proven right. It is obvious that they were made aware well before of what is brewing against the Indian captain.

But even if this was imminent, how can BCCI claim to be a professional body when the most confidential of information meant to stay inside its four walls is known beforehand in the media and spread to mislead the fans into panic and outrage through “sources”. 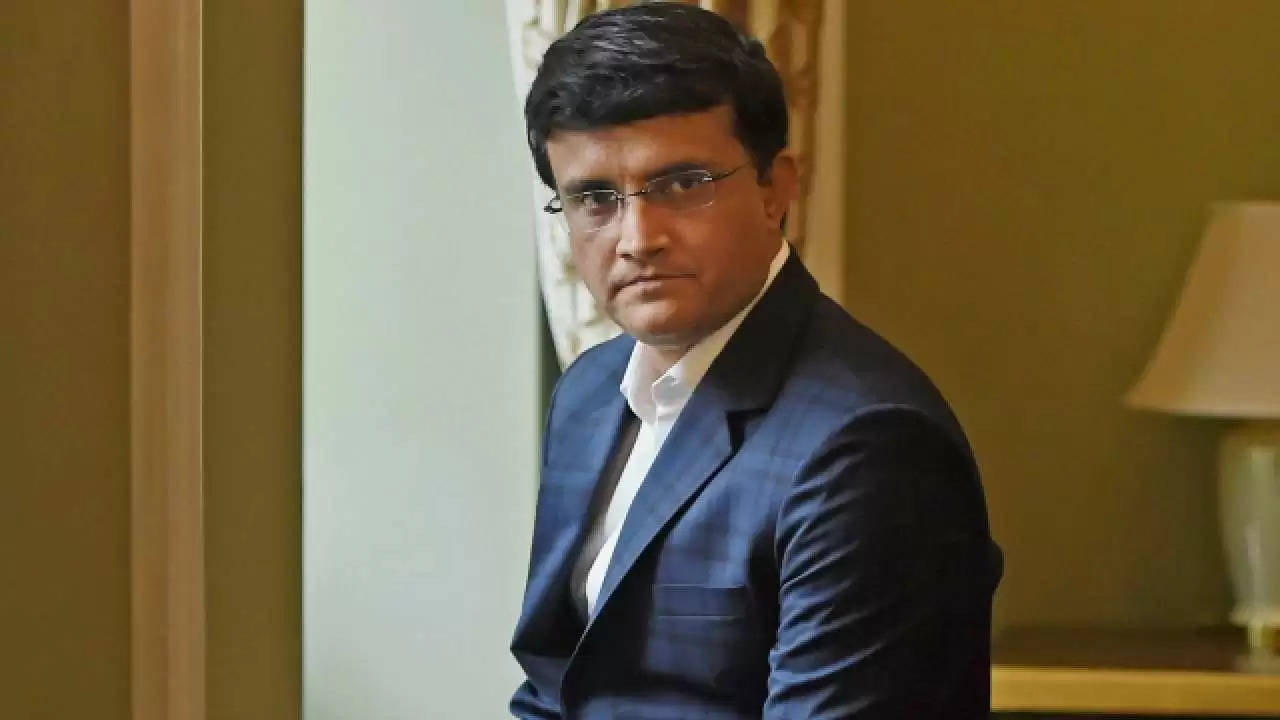 The BCCI under Sourav Ganguly has only gone backward in its decision-making and transparency.

Apart from maladministration and lack of transparency, the improper communication on this front shows a complete disrespect and disregard for the fans, who have been leading a massive uproar on social media ever since Kohli’s removal was made public in the most outrageous way possible.

#ShameOnBCCI was trending at the top on Thursday as BCCI’s show of gratitude to Kohli’s tenure was limited to a post so meaningless and thin that the only thing it would outweigh today is the credibility of Sourav Ganguly and his regime. No press conference. No explainers. No proper communication as to why and what led to the move. What makes BCCI and selectors think Kohli can’t continue to be the ODI captain? Why exactly do they think you need one white-ball captain when T20Is and ODIs are so unique to each other? Fans deserve to know but never will.

Kohli has more justified reasons to feel the angst than Ganguly when he was sacked. He is being robbed of a chance to lead his country in a home World Cup two years before despite captaining the team to wins in 68 of his 95 games as captain. Against the top 6 sides (excluding West Indies and Sri Lanka), this record stands at 31 wins and 21 losses. In these matches, Kohli the batter has led from the front, scoring a whopping 2,959 runs at 62.95 with a strike rate of 94.32.

It’s an incredible record. One in stark contrast to when Ganguly was removed as captain and sacked as a player. From the start to 2000 to the point he was dropped from the team, Ganguly averaged a mediocre 31.80 in a batting era against the top 8 Test sides. In the same timeframe, his ODI record versus teams other than Bangladesh, Zimbabwe, and the associates was pedestrian, too: an average of 33.88 with a strike rate of 75.

In his first presser upon taking over the side, Ganguly made a mention of his semi-final hundred in the 2003 World Cup, an event that perfectly summed up the majority of his ODI career post-2000. Against Zimbabwe and associates, he made 250 runs at 125 and a strike rate of 82.78. But against the top 8 sides, over six matches, his average dropped to a horrible 17.16 and strike-rate 71.52.

In these six matches, the great Sachin Tendulkar averaged 50 with a strike rate of 91.74. But the lasting memory of Tendulkar’s World Cup is his miscued pull against McGrath in the final. That Tendulkar couldn’t stand up when the team needed him remains the popular chat. Nobody questions Ganguly’s contribution to India’s run and the fact that his stroke to get out in the final was only worse.

Ganguly failed as a batter for five straight years, his Indian ODI side lost 60 and won just 45 of their 120 ODIs versus the top 8 sides. Yet, in public conscience and imagination, his is a cult built of the man who led India to great heights and one who was betrayed by Chappell.

This cult, we shouldn’t forget and forgive now, is built on false claims and the narrative set by the external influences who continue to benefit out of it at the expense of the game of cricket and its fans who are being treated with utmost disregard and disrespect by Ganguly’s regime in BCCI today. These men are betraying the fans and people like Kohli, whose contribution to Indian cricket has been par excellence. He deserves better.