It is a weird kind of a break for both cricketers and fans around the world as the Covid-19 pandemic has brought a halt to routine life. It has been almost two months since a game of cricket was played and the cricketing fraternity has found different ways to keep themselves occupied. Various players have […]
By Karthik Raj Thu, 14 May 2020 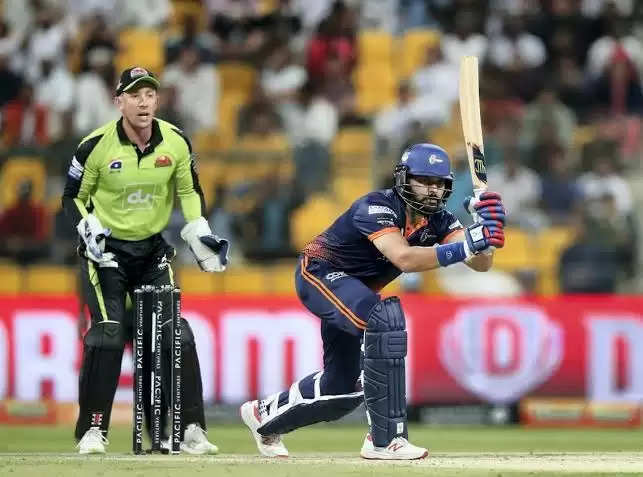 It is a weird kind of a break for both cricketers and fans around the world as the Covid-19 pandemic has brought a halt to routine life. It has been almost two months since a game of cricket was played and the cricketing fraternity has found different ways to keep themselves occupied. Various players have conducted Instagram Live sessions and Suresh Raina happened to be one of them too. It is during one of those Instagram Live sessions with Irfan Pathan when Raina brought up an interesting point to the table for the BCCI to take cue from.

“I hope the BCCI can get together with the ICC or with franchises and allow players who don’t have BCCI contracts to play in overseas leagues,” Raina said in an Instagram Live chat with his former India team-mate Irfan Pathan. “I feel there are a lot of players, including Yusuf [Pathan], myself, Robin Uthappa – a lot of quality players who can go overseas and learn a lot, no matter which league it is. Allow us to play in two [overseas] leagues,” he said.

“Players from other countries are able to play in these leagues, and a lot of them have made international comebacks after doing well in them. We play the IPL, but if these people [the BCCI selectors] have a pool of 40-50 players, they think those outside it aren’t good enough or are past it, and neglect them. We don’t have a Plan B. If we go overseas and perform, our cricket will improve and we’ll get to learn a lot,” Raina added.

The 33-year-old who is also the second highest all-time Indian Premier League top-scorer suggested that the Board of Control for Cricket in India (BCCI) could allow non-contracted Indian players to feature in overseas T20 leagues. For context, the BCCI have never allowed active Indian players to feature in foreign competitions except tournaments such as the County Championship, Royal London One-Day Cup and Dhaka Premier League.

Players like Yuvraj Singh and Manpreet Singh Gony, in fact, had to retire from all forms of cricket to sign up for the Global T20 Canada. Someone like Pravin Tambe who took part in the T10 League was also disqualified from the 2020 IPL season where he was set to represent Kolkata Knight Riders. The BCCI’s hard stance on this issue hasn’t been anything new given that they refused to give No-Objection Certificates for 12 Indian players to take part in the Sri Lankan Premier League in 2012.

Unfortunately, it doesn’t seem like the situation would change in the near future with a BCCI official lashing out at that suggestion.

“One usually finds these views emanating from those who can see the wall of retirement approaching and it’s only natural. That’s their view. It’s the luxury of having the freedom of a tunnel vision with a view to further their own interests and that’s absolutely fine,” IANS quoted a BCCI official recently.

“From the point of view of the board and the interests of Indian cricket, the intent is to ensure a system where the non-contracted players are able to command good value at the IPL auction. Exclusivity is the key,” added the official.

It is quite surprising that the BCCI are so over-protective about the IPL given the benefits that would open up if players are allowed to feature in at least one or two overseas T20 leagues. While India’s failure to win any T20 World Cup after the inaugural edition can’t be attributed to this restriction, it is definitely not hard to see how other nations are benefiting from their players plying their trade all over the world. Without going on about in a vague manner, let us have a look at some of the advantages that could prop up if Indian players are allowed to go overseas:

While it is true that Indian players are looked after superbly in terms of finance, it still feels like a violation of the ‘Right to Work’. There are also some other players who might just continue for the love of the game and not necessarily wealth. Like mentioned earlier, Indian players can only play in foreign leagues if they retire from other forms of cricket. This deprives them of the opportunity to impress in a competition like BBL or CPL in order to get back into the IPL arena. Due to the current rule, someone like Yuvraj Singh has been reduced to a retired cricketer who was left to get his final pay-day.

Of late, the concept of T20 specialists has also become popular. Players like Tymal Mills, Ben Cutting, Harry Gurney, Sunil Narine and co. come to mind quickly when one talks about T20 specialists. Such a concept isn’t available at a player’s disposal too. It could happen that a cricketer is injury-prone or even more suited to T20s rather than Tests and ODIs but such a person can’t make a living out of T20s alone in India. If this concept was there, it could have opened up an interesting opportunity for a players like Varun Aaron and Irfan Pathan.

It is just not Dwayne Bravo as there are bigger examples of what performances in T20 leagues can achieve eventually. Out of all those stories, the IPL also had a sizeable role to play in England’s transformation as a top limited overs side after a disastrous 2015 World Cup campaign. After hating the IPL, England began to love the tournament and reaped rewards for it.

The English skipper Eoin Morgan, in fact, had this to say about the IPL. “Previously, we only had a couple of players that ever went and it was seen as a bit of a taboo place to go,” Morgan recalled. “When you have the biggest tournament in the world, demanding the best players in the world, when players go for large sums of money, it’s a compliment to them as a player to start with but it also brings added pressure,” he added. Another success story from the T20 league would be how Jos Buttler made a comeback to the England Test side after a successful IPL season in 2018. Crazy to think about that selection recall but it showed that good performances against quality compatriots can influence different formats. This is not just to highlight the reach of the IPL but T20 leagues as a whole.

The person who suggested the idea recently, Suresh Raina himself could have benefitted from playing abroad. With opportunity to impress restricted to just two months of IPL, someone like Raina is at a huge disadvantage.

Before the group phase match between England and Australia in the 2019 World Cup, Archer had this to say about facing Steve Smith during the game,”That’s the thing. When you play with them you pick up on things you won’t normally notice when you’re just playing against them. So, hopefully me and Ben (Stokes, who also played for RR) we can get together – I think we might bowl together at some point as well – so we probably know what to do when he’s in,” he was quoted saying.

“A lot of the guys probably don’t want to face me or Oshane (Thomas) in the nets. He (Smith) is a really good guy. (But) cricket is cricket and I guess it’s time to be friends after. But until the game is over, there will be nothing friendly about it,” Archer added.

If Indians can get this opportunity to travel and find something interesting about an unknown overseas player, it could improve team analysis, auction preparation and a host of other departments.

No matter whether it is Global T20 Canada or the Euro T20 Slam, Indian players can raise the profile of a league by a few notches. Although it didn’t work in a region like the West Indies due to local flavor, the decision to shift the timings of CPL matches to favour the Indian time zone showed how important this market is. After all, most leagues earn their bread through viewership and sponsorships from India.

Not just this, there is also a chance that a rough diamond from Canada or Scotland could prop in some of these local leagues. If a player like Suresh Raina manages to notice the talent, it could pave the way for development of those skilled individuals and also the country in the long-run. Although Laurie Evans from England does have the opportunity to go abroad, the experience of playing alongside Rashid Khan at Sussex helped him in becoming a T20 globe-trotter of sorts. These sort of contacts and networks can have incredible influence in the end.

In the end, there seem to be more benefits when compared to the loss of IPL’s exclusivity. If Indian cricket’s governing body can open up and see the longer run, plenty of stakeholders will be better off for it.