Team management doesn’t put any pressure on us: Yuzvendra Chahal

Expectations will be high from youngsters ahead of next year’s T20 World Cup but India leg-spinner Yuzvendra Chahal on Tuesday said there is no pressure from the management and they just need to ensure that mistakes are not repeated. India have a fielded a lot of youngsters for the T20 series against Bangladesh keeping in […]
By PTI Tue, 5 Nov 2019 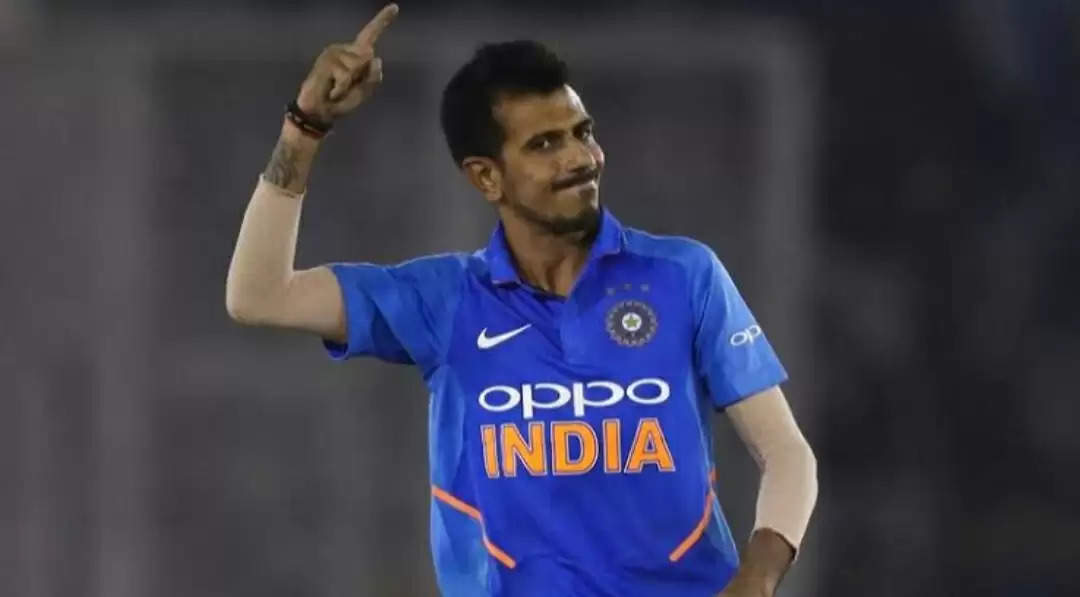 Expectations will be high from youngsters ahead of next year’s T20 World Cup but India leg-spinner Yuzvendra Chahal on Tuesday said there is no pressure from the management and they just need to ensure that mistakes are not repeated.

India have a fielded a lot of youngsters for the T20 series against Bangladesh keeping in mind the World T20 in Australia.

“The 11 that is playing now, and the players who are there in the 15-member squad they know their roles, it is not like someone is going out after playing one or two matches,” Chahal told reporters ahead of the second T20 International against Bangladesh.

“A couple of matches can go wrong but there is no pressure from the management. The only thing is that we shouldn’t repeat the mistakes that we commit in any particular match.”

India suffered a seven-wicket loss against a new-look Bangladesh in the opening match of the three-game T20I series in New Delhi on Sunday and Chahal insisted that the team will look to start afresh.

“I think we are positive. It is not like we haven’t lost the first match of any series and didn’t go on to win the series. The first match is done, if you think about last match then negatives will come into mind,” Chahal said.

“Before we came here, we have forgotten about that loss and we are making a fresh start and the entire 15 are focussed and positive, and hopefully, we will win tomorrow,” he added.

The victory was Bangladesh’s first over India in the shortest format.

Asked if there was pressure on the team ahead of the second T20I, Chahal said: “It is not about pressure. It is a three-game series, not a knockout game, so obviously one will win one will loss, and that day they played better than us.

“We are one down and still two matches to go and obviously if we believe in ourself we will come back.”

Talking about his bowling in the first T20I, Chahal said: “Whenever I bowl, I vary the pace because otherwise it becomes easy for the batsmen if you bowl at the same pace.

“The wicket was such there that if you vary the pace it will get difficult for batsmen because the ball was turning, so you need to vary the length according to the batsman,” added the 29-year-old, who claimed one for 24.

“The wicket was not easy for batting first but still we had a decent score. Bangladesh saved their wickets and there were a few dropped catches but that is part of the game.

“I think Bangladesh bowled really well, especially when Shikhar (Dhawan) and Rishabh (Pant) were batting, Mahmudullah bowled with two off-spinners, it was a good move.”

Asked how he is dealing with the challenge of leading a young bowling attack, Chahal said: “I think the bowling we have, every one has played 30-40 IPL matches, and they have good experience. I just played few extras T20 Internationals compared to them.

“I have bowled just four overs, and we still need to bowl another 16 overs to win, so if the whole team bowls well then we will win, it is not a matter of one person.”

Bangladesh are missing two of their senior players — Shakib Al Hasan and Tamim Iqbal — but Chahal said even without the duo they are a confident team.

“Even without Shakib and Tamim they are a decent team. They have some experienced players, even a couple of new guys did well. So we didn’t think in this way that since two players are missing, so they are a weak team,” he said.

“Last time when I played against Bangladesh at the Nidahas Trophy, they had played the finals, so both the teams are same, it is just that this team is missing two main players and if you look at all the 15 players, even the new comers look so confident. So it is a confident team.”

Asked about young leg-spinner Aminul Islam, who played only the second T20I of his career at Delhi, Chahal said: “He obviously did well in Bangladesh first class that’s why he is here. He might have played 40-50 matches before that. He bowled very well. He took crucial wickets in three overs giving 20 odd runs, so he bowled well.”