Twitter (and perhaps social media) is buzzing again. Not because it’s Virat Kohli’s 31st birthday. Not because India lost (it did when that happened but that was just briefly). It’s because the BCCI has pulled a rabbit out of its hat. It’s a move that has sent the social media, IPL fans and all others […]
By Sahil Jain Tue, 5 Nov 2019 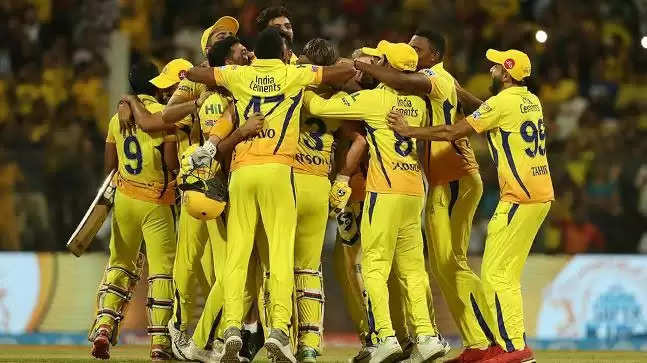 Twitter (and perhaps social media) is buzzing again. Not because it’s Virat Kohli’s 31st birthday. Not because India lost (it did when that happened but that was just briefly). It’s  because the BCCI has pulled a rabbit out of its hat. It’s a move that has sent the social media, IPL fans and all others around the world into a tizzy.

The Indian board in what seems an interesting, yet bizarre, move has planned to introduce a power player in next year’s IPL. Remember super-subs in ODI cricket? Not exactly that, but a player replacement policy on those lines. But unlike the super-sub where the player was fixed before the game and entered the fray only after a certain period, here, the power player can come in at any point in time. Be it the first, 10th or the 20th over, it doesn’t matter. The only rule is that he should be named in the 15 before the game and can come in at the end of an over or at the fall of a wicket.

This hasn’t been approved and will be discussed at the IPL GC. The standard of naming a playing XI is set to be scrapped with the teams naming a 15-man squad before each game and picking any player of their choice as the power player at any given point during the game.

While this rule may seem absurd, it may well be given the green signal in the upcoming 2020 season of the IPL. Hence, here we look at some of the possible team strategies that may revolve around it.

Using specialist players at the death

A BCCI official gave the example of Andre Russell and Jasprit Bumrah while explaining this power player rule and he couldn’t have chosen better players.

It is no secret that Russell has had a series of injury issues and despite not being 100% fit, he’s featured in the playing XI. With the ball, he’s struggled and he has been a hesitant runner between the wickets. If that is the case and he isn’t fully fit, he could well be used as a power player. KKR could use him only at the death or in a run-chase when needed. He’s shown that no target is beyond him till he’s at the crease. He can go absolutely crazy at the death and hurt the opposition.

The same way, Bumrah could be used in a different fashion. He could be allotted only the death overs with MI finding a powerplay specialist with the ball. Bumrah’s four overs could well be lethal at the death and teams will need to prepare differently to tackle that.

These are just two examples. Just like Bumrah is used at the death, RCB could use Umesh Yadav at the top and find a death-overs specialist. Or KXIP could use David Miller in a way that gives him the license to just go and smash it from ball one.

Choosing the extra spinner/pacer after reading the track

There’s an element of uncertainty surrounding the pitch. Often teams find themselves at the wrong end of reading the pitch and go in with the wrong or an imbalanced bowling attack. But this power player rule allows the teams to be flexible with that.

Some of the pitches in the IPL are difficult to judge and teams could decide on that extra bowling option depending on the nature of the pitch and after a few overs have been played on it. You wouldn’t want to go with someone like Navdeep Saini or Alzarri Joseph or Oshane Thomas on a dry or a slow track. The same could be the case with spinners as well. They could be rendered ineffective on a belter of a track (road) or when there is a lot of dew which makes it difficult to grip the ball.

Choosing batsmen according to the target and also, the pitch

Just like bowlers, teams could even opt for batsmen according to the pitch. On a flat track where the bounce is true or when the target is big, SRH will want someone like Martin Guptill to play. Else when the pitch is slow, not too easy to bat on and you have an average target, you want someone like Kane Williamson who will have a calming effect and can control the pace of the game. It’s not that the vice-versa may not work but it’s just playing to your strengths which the power player allows you to do.

Fielding has become an important cog in every format of the game. In T20 cricket, one lapse could cost the game. Ask India and Krunal Pandya. Thus, there is a need for specialist fielders. Players like Martin Guptill may or may not have a great impact with the bat but they will make a difference almost every time in the field. Moreover, you don’t want someone like Chris Gayle missing opportunities at crucial junctures even while fielding inside the ring. The likes of Guptill, Glenn Maxwell, Ravindra Jadeja, Steve Smith and others can all make a difference in the field and even if they don’t contribute in other departments, they have the ability to make an impact while fielding.

Running between the wickets is an underrated skill in cricket. It may be as important as hitting fours and sixes. Many may not realise it but it is even more important at the death. If one batsman is going well (say, Hardik Pandya, AB de Villiers or even MS Dhoni), you need someone to run hard and keep coming back for the second so as to keep the free-flowing and in-form batsman on strike.

You may question the need for a different batting and a different bowling captain. Why not change captaincy and make one captain who does both well? But when you have the option, why not use it.

Last IPL, we saw Ashish Nehra give Virat Kohli instructions on whom to bowl and the RCB skipper looked confused and went with Nehra’s suggestion. This tactic may well avoid that scenario. Let Kohli officially lead the team but RCB could appoint a bowling captain to manage bowling resources. SRH could do that as well. Let Kane Williamson or David Warner lead the side but at times, let Bhuvneshwar Kumar take charge while they’re bowling.