Time to market women’s cricket as a stand-alone product?

In the last ten months, the world has witnessed two magnificent women’s sporting events – the Women’s Football World Cup in June 2019 and the Women’s T20 cricket World Cup in February 2020. Post-that, two significant things happened in women’s sport. The US Soccer Federation made an absurd statement in the lawsuit that has been […]
By Gomesh Shanmugavelayutham Sat, 25 Apr 2020 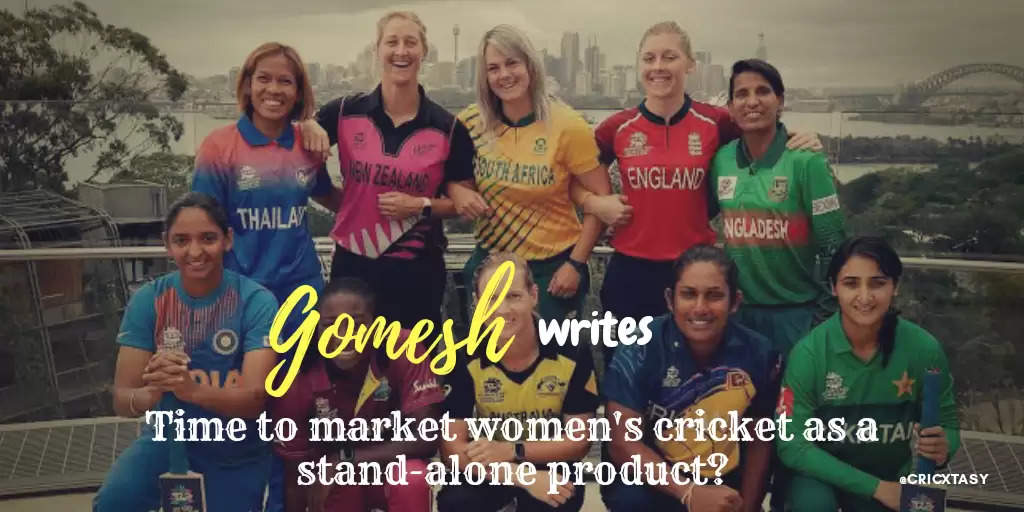 The US Soccer Federation made an absurd statement in the lawsuit that has been filed by the US Women’s National Team against the USSF on the grounds of gender discrimination in their pay. The USSF denied paying equally. It said that the male players carry more responsibility than that of the female as they face more fan hostility, and this is evidence of substantially different jobs under the Equal pay act. It went on to say, “The job of Men’s National Team requires a higher level of skill-based on speed and strength than does the job of WNT player.”

Such was the treatment towards a team, which is the most successful one in women’s soccer winning four World Cups, four Olympic golds and eight CONCACAF Gold Cups. The comment came after a victorious World Cup campaign in 2019, which generated nearly 100 million US dollars in US TV ads, according to the Wall Street journal. The USSF received immense backlash for its statement that they had to apologise the very next day. 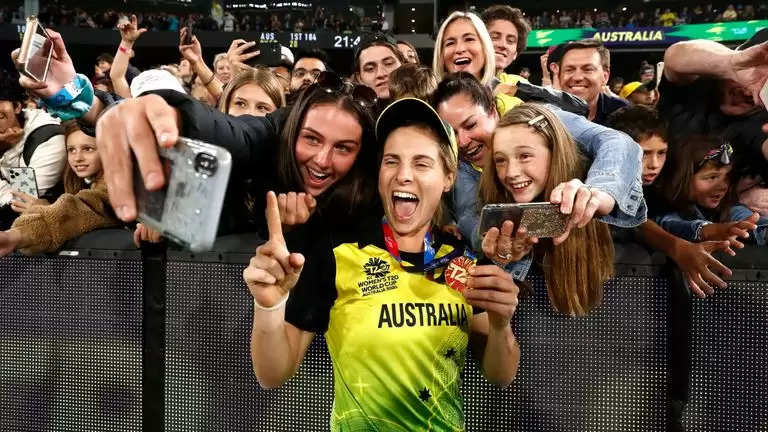 The other important news came in early April when The Telegraph reported that the International Cricket Council is considering splitting the rights for the Women’s global tournaments. This possible decision is coming on the back of the success of the latest edition of Women’s T20 World Cup that broke all broadcasting records for a women’s cricket tournament.

The ICC’s tournaments current broadcasting rights lies with Star India and Star Middle East till 2023. The deal was signed in 2014 for eight years that covered 18 ICC tournaments including both men’s and women’s. Until now, the women’s tournament has been a part of the package with the men’s tournament. After the success of the Women’s T20 World Cup, ICC is considering to uncouple women’s tournament in the next eight-year cycle.

Manu Sawhney, the Chief Executive of the ICC, told Telegraph Sport that there is a clear opportunity here for the sport and they are currently exploring various options to optimise value generation including the unbundling of women’s rights. “All of our data points over the last three years have shown us that fans are interested in women’s cricket. Our global market research shows that 70 per cent of our one billion plus fans want to see more women’s cricket,” he said.

Sawhney was not exaggerating. The latest edition of Women’s T20 World Cup broke all viewership records for women’s cricket. It was the most-watched women’s cricket event with more than 1.1 billion video views across ICC digital platforms. The crowd attendance for the final (86174) was the second-highest for any women’s sporting event. In India, the average viewership for the final was 9.02 million, which was 154 percent more than that of the tournament opener that had generated the second-highest numbers.

The growth of women’s cricket in the last three years is staggering. The 2017 One Day International World Cup was the breaking point. Until the 2017 World Cup qualifiers, the broadcasting was done on the ICC social media platforms. The coverage and highlights from the event generated 17.8 million views online. The success of that tournament broke grounds and led to a series of significant decisions in women’s cricket.

In 2018, for the first time in the tournament history, ICC conducted Women’s T20 World Cup in West Indies as a standalone event. Expectedly, the viewership took a hit. However, it was a worthy experiment to look at women’s cricket as a separate event. In 2020, the event was co-ordinated and marketed perfectly by both the ICC and the host country, Australia. Australia’s strong domestic base for women’s cricket along with the Women’s Big Bash League played a crucial role.

If the ICC uncouples the men’s and women’s events, it could be a fresh start. Different broadcasters might be interested as the bid may not be as high as it is for the men’s tournament. Cricket wouldn’t be the first sport to do so. The rights for the 2019 FIFA Women’s World Cup in certain territories and Women’s Rugby World Cup were sold separately. Sawhney said that for him, it is not about the value of the bid in the first instance. “Look at Billie Jean King and the Original Nine. Their first contract was for $1, but it was a leap of faith that drove transformational change,” he said.

The other side of the spectrum in this decision is the significant transfer of control to the broadcasters. The ICC has its own producers. However, if the broadcasters decide not to telecast women’s cricket, there isn’t much that could be done. Even during the recent T20 World Cup, Star India was telecasting India – New Zealand Test series over the Women’s matches. Especially in regional languages, which has a vital role in advertising women’s sport across India. When the decision-making authority is the broadcaster, it might affect the growth depending on their decision.

The performance of Indian women has an indisputable role to play in the growth of the sport. The success of 2017 and 2020 events is proof for it. The subcontinent behemoth has the most extensive viewership, not just in India, but across the world. Had India not reached the finals, whether the viewership would have remained the same is doubtful. The statistics might have been satisfying, but they might not have broken records. The 2018 T20 World Cup is a classic example. For starters, the timing of the matches in West Indies isn’t great for a viewer in India. The Indian team didn’t perform well, and it impacted the viewership tremendously.

Like Cricket Australia, the Board of Control for Cricket in India might have to develop a secure domestic infrastructure. It is high time they took a look at the prospect of a full-fledged Women’s IPL. In December 2019, the BCCI president Sourav Ganguly had said that the seven-team women’s IPL is four years away. The success of the Indian team in the T20 World Cup has rekindled the talks again. If the BCCI decides positively on women’s IPL for 2021, and the tournament becomes a success, it could create an immensely positive impact among the broadcasters for buying the rights of women’s cricket separately.

With the COVID-19 pandemic bringing the world to stand still, the sporting universe has temporarily come to a halt. The last successful sporting event that happened was the finals of the Women’s T20 World Cup. One cannot help but think what would have happened to the event had the pandemic peaked earlier. Maybe it was destined to be.

There’s no cricket happening in the foreseeable future. How the future tour programmes are going to be scheduled is still a question mark. Reports are coming that the ‘Big three’ boards are demanding the ICC to call off World Test Championship to play more bilateral series and make amends for their losses. This will be a serious setback to other cricket boards and the Associate nations that not financially strong. Cricket Australia has stood down the majority of its staff reasoning the impact of the pandemic on revenue. Its CEO Kevin Roberts said that there’s a possibility of five-match Test series against India in December 2020. 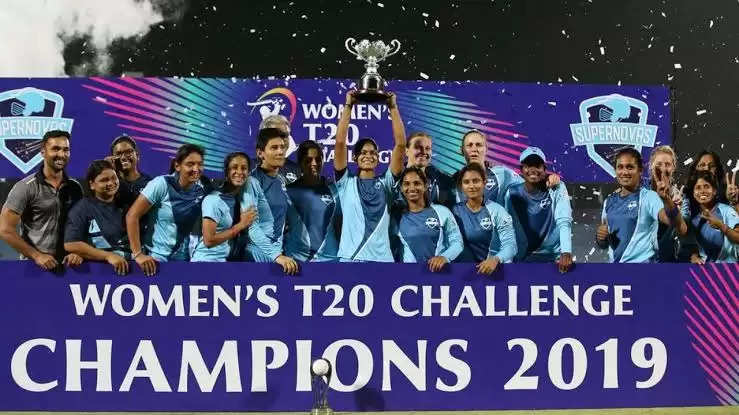 Women’s cricket is just peaking at the moment. If the ICC doesn’t make the move to grow the sport and let the three rich cricketing boards play bilateral series among themselves, the scope that was available for the growth of women’s sport will be annulled. It will be back to square one again.

Cricket is an incredible sport. It has survived centuries of historical events and has evolved for the greater good. It will survive this pandemic too. However, when cricket begins, it is in the hands of the administrators to run the sport in a way that reflects what cricket stands for rather treating it as a business.