Umesh Yadav speaks about the negativity while on bench

Umesh Yadav knows that chances are not easy to come by given the abundance of India’s pace riches right now but even with this understanding, he says it is difficult to deal with the negativity and boredom that follows an axing. Yadav was dropped from India’s Test squad ahead of the home series against South […]
By PTI Wed, 27 Nov 2019 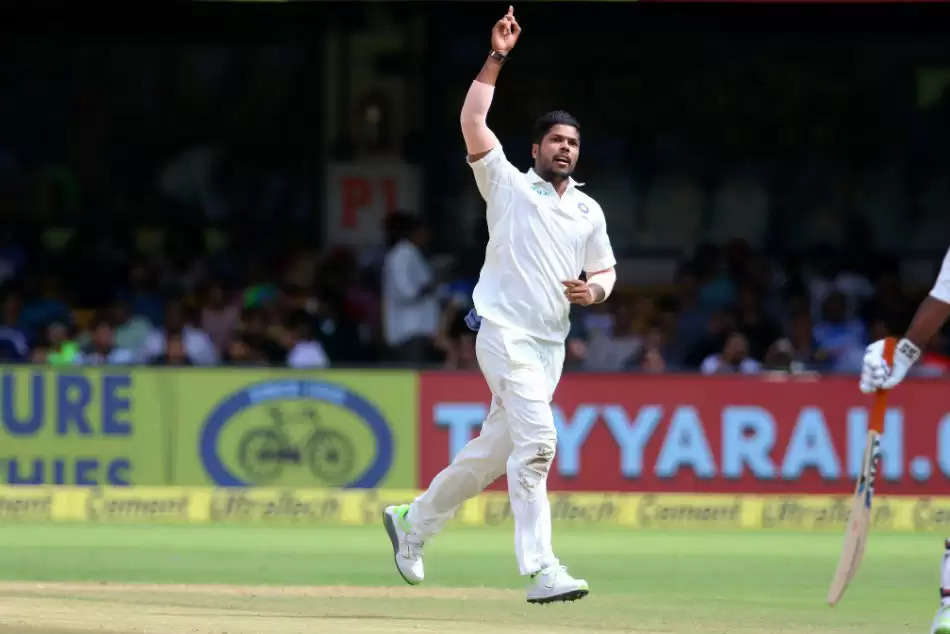 Umesh Yadav knows that chances are not easy to come by given the abundance of India’s pace riches right now but even with this understanding, he says it is difficult to deal with the negativity and boredom that follows an axing.

Yadav was dropped from India’s Test squad ahead of the home series against South Africa but got a lucky break back into the side after Jasprit Bumrah picked up an injury.

Speaking to PTI after grabbing his chance with both hands, including 11 scalps in two Tests against South Africa and 12 wickets against Bangladesh recently, Yadav spoke about the insecurity that troubles the mind when things don’t go well.

“It becomes boring if you sit out and then certain thoughts that you don’t want creep in to your system. Why I am not playing? What’s happening? It becomes difficult to keep yourself positive, train hard and keep yourself ready,” he explained.

“I knew my chance will come if I am fit since there are so many matches in the calendar. You need to wait since pace unit was doing really well,” he added.

In a pace attack which features a lethal trio in Bumrah, Ishant Sharma and Mohammed Shami, Yadav said he fits in quite effortlessly and workload management plans ensure that each one of them gets a fair amount of opportunities.

“All four of us are now at a level where you can’t predict which three will play at one point in time. It’s because of healthy competition. I believe it’s a great thing that we are being rotated and played, because of which our longevity has increased and we are producing more match-winning performances,” he said.

“Whoever does well will be a part of the team. Important is to remain grab your chances with both hands as and when you get them. When I see Bumrah, Ishant and Shami, I try to learn from them. The learning never stops,” he added.

Yadav has been effective in home conditions but his form outside the country has been erratic. Asked if he considers the perception to be true, Yadav said it is something he can’t help.

“Usually the conditions where you play more, you get an idea of those conditions and you start executing plans well. Yes, I agree a perception grows that this particular bowler is good in Indian or may be Asian conditions,” he said.

“But then if you play more in English conditions, you will do well there. Outside sub-continent, I have played very less matches in England, New Zealand and South Africa. The only place where I have played a few Tests is Australia. So may be that has led to this perception since less games means lesser number of wickets,” he reasoned.

Yadav recently revealed that he has made changes to his grip to deliver out-swingers more consistently. The 32-year-old said he is constantly looking for ways to intimidate batsmen, which includes coming wide off the crease rather than bowling closer to stumps.

“When you start bowling from the same spot, you tend to become predictable. The batsman knows that this is a bowler who will hit one particular length and they can manage. When you use crease, you start using angles,” he said.

“From closer to stumps, the ball comes straight and then moves so the batsman is able to leave the ball. But if delivered from wide off crease, it comes in with the angle and then might straighten or even move away.

“That is a bigger challenge as impact is on the stumps. So as a fast bowler, if you don’t use the crease, you cant create doubts in a batsman’s minds that how much will the ball swing and they can commit mistakes,” he added.

Asked how important it is for him to develop an inswinger, Yadav said he wouldn’t risk losing his natural outswing in pursuit of something new.

“To develop a new skill needs hard work but there is a flip side to it. While developing a new skill, there is a possibility of you losing something that comes naturally to you. I have seen many bowlers lose their stock outswing delivery trying to develop inswing,” he said.

“So I believe that if I am getting my out-swingers right, I should keep working on it. In the process, if I can perfect the delivery that straightens after pitching, nothing like it. So one needs to put in some thought before one does it,” he said.

Yadav said India’s pace bowlers have not become an intimidating force by virtue of only speed.

“It’s accuracy and consistency along with 140-plus pace that creates trouble for batsmen. I believe the amount of swing our unit got along with the hard lengths that we hit, has made all the difference as batsmen are thinking how to counter this,” he said.

That said, Yadav admitted that it always satisfactory to see batsmen struggle with pace.

“Look the good batsmen are never scared. But yes, if you know some technical weakness and attack that area, you can put him in a spot. That’s a satisfaction, if you can play with the mind of a quality batsman, seeing him struggle,” he said.

Asked about his experience of competing in a Day/Night Test with the pink ball, Yadav said it worked out well for the bowlers.

“It’s a mixed feeling. We enjoyed as ball did a lot but then some issues like sighting for batsmen and all need to be factored. Whether we should play more depends on BCCI,” he said.