What is 3-team cricket, the all new format?

There’s been a lot of talk around how cricket needs to reach a larger audience and how can the game get innovative. Cricket is being played at a lot of big parts of the world but it’s slowly reaching the unknown territories (those nations not known for cricket) as well. Over this 21st century, the […]
By Sahil Jain Wed, 17 Jun 2020 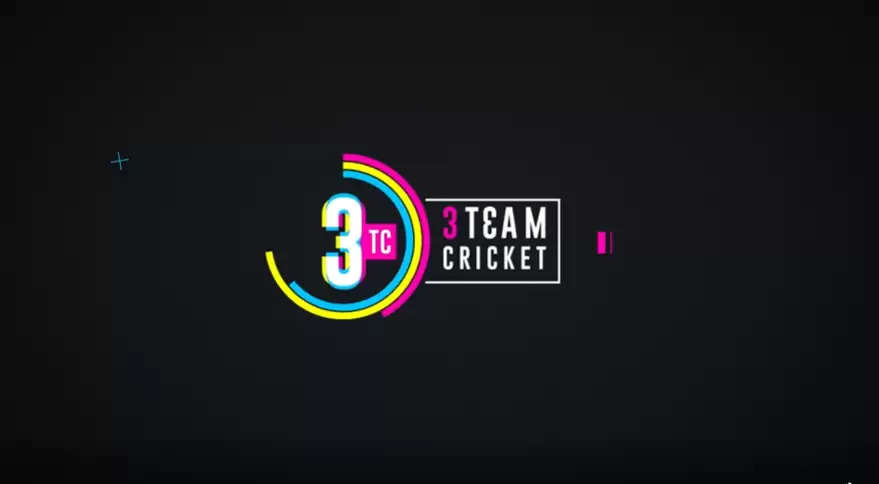 There’s been a lot of talk around how cricket needs to reach a larger audience and how can the game get innovative. Cricket is being played at a lot of big parts of the world but it’s slowly reaching the unknown territories (those nations not known for cricket) as well.

Over this 21st century, the game has gone on from 50-over (ODI) cricket to 20-over (T20) cricket to 10-over cricket (T10) to ECB’s (England and Wales Cricket Board) newest format, The Hundred and now, Cricket South Africa (CSA) brings you an all-new format, a whole new concept named 3 Team Cricket (3TC).

3 Team Cricket, that is 3TC, is the latest evolution in white-ball cricket. In 3TC, three teams will square off and compete against each other at the same time, in the same match. Yes, you read that right, three teams going head-to-head-to-head in one single cricket game.

Cricket is set to return with a brand-new format on 27 June at SuperSport Park.

Ever watched WWE? A triple-threat-match in that? Well, it’s not exactly that but it does have some resemblance. Three teams going at each other in the same match and trying to outperform the other two. Also, at times, one moment, you are on one team’s side and want them to gain the upper hand and next minute, you are their deadly rivals. Anything can happen at any given stage.

Moreover, it is unlikely to be one-sided. For example, in this triangle, if two strong teams are trying to outperform each other and using their best bowlers against each other, the third team who is not so strong could sneak in and take advantage of that. The game will be alive till the last team bats.

How many overs is this 3TC? What is the format?

So, there are two formats in this 3TC. One is a 36-over game and the other one is a 90-over game. In the former, each team will consist of eight players while the 90-over format has gone the traditional way of having eleven players in each side. Originally, the 3TC was introduced as a 36-over match before it was extended to involve more players. And it is going to be the 36-over format that’s going to get the 3TC started.

NOTE: In the 90-over format, everything adds up. Bowlers are allowed six overs, two halves of 45 overs each and each team bats for 30 overs – 15 overs in each half.

What if rain intervenes?

Three teams? So, how will they play at once?

Each team gets to play 12 overs in two different halves. So, basically, you bat and bowl against one opponent but the third team is always playing on your mind. The first half contains 18 overs – with each team batting for six overs each. Each team will have a go at one and other at least once in the game.

In the 90-overs format, each team plays 30 overs but like the 36-over format, it will have two halves of 15 overs each. All the other rules remain the same and the only difference is that there are 11 players on each side.

How do you win the game?

Most runs by one team wins them the Gold, second will get Silver and third Bronze. A tie for most runs will see a Super Over decide for the Gold. If all three teams have the same number of runs, all three get Gold. If the lower two are tied, both share Silver.

The 3TC format, whose brainchild was it?

Former South African cricketers, Paul Harris, Graeme Smith and Mark Boucher wanted to increase the popularity of cricket. They wanted to take the sport to the people who haven’t watched it while growing up. With COVID-19 wreaking havoc to all sport, they wanted to come out with some positive energy. Moreover, they also wanted to ensure that it came with a bio-secure option keeping the coronavirus in mind. As such, instead of merely getting back into training, the Proteas thought of making it an exhibition event.

So, when is the first game going to be played in this 3TC format?

Who are the teams and the players taking part?

AB de Villiers, Quinton de Kock and Kagiso Rabada will lead the three teams which will consist of seven other players apart from them. The funds raised by this game will go to The Hardship Fund which is a Cricket South Africa (CSA) initiative. It promises to help all those linked in the cricket community and have been affected by this COVID-19 pandemic.

How do the teams stack up?

What is AB de Villiers’ take on this 3TC?

“It is a fun format. It’s going to be fun running around. You’ll get the same feeling like you play in a backyard game with your brothers and friends,” de Villiers was quoted saying in a video uploaded on 3 Team Cricket’s official website.

The South African star batter also felt that thinking on the feet, reacting instinctively and adapting will be the way to go in this format. “I will have to think on my feet. As a captain, you will need to adapt and it’s going to be more about limiting the damage,” the captain of AB’s Eagles added while talking about the format.

Mark Boucher’s take on it?

“Three teams means three sets of supporters, more heroes on show and, best of all, more games that go down to the wire. Our game of cricket keeps developing and I believe that this is yet another great addition – a format that not only speaks to the professionals but also to the millions of school, club, park and backyard players all over the world. Players and fans will need to get their creative juices flowing… I have a feeling the tactical debates are about to go viral,” the former South African wicket-keeper wrote in his column on 3TC’s official website.